In addition, most of Northeast Ohio will be under a Winter Weather Advisory. 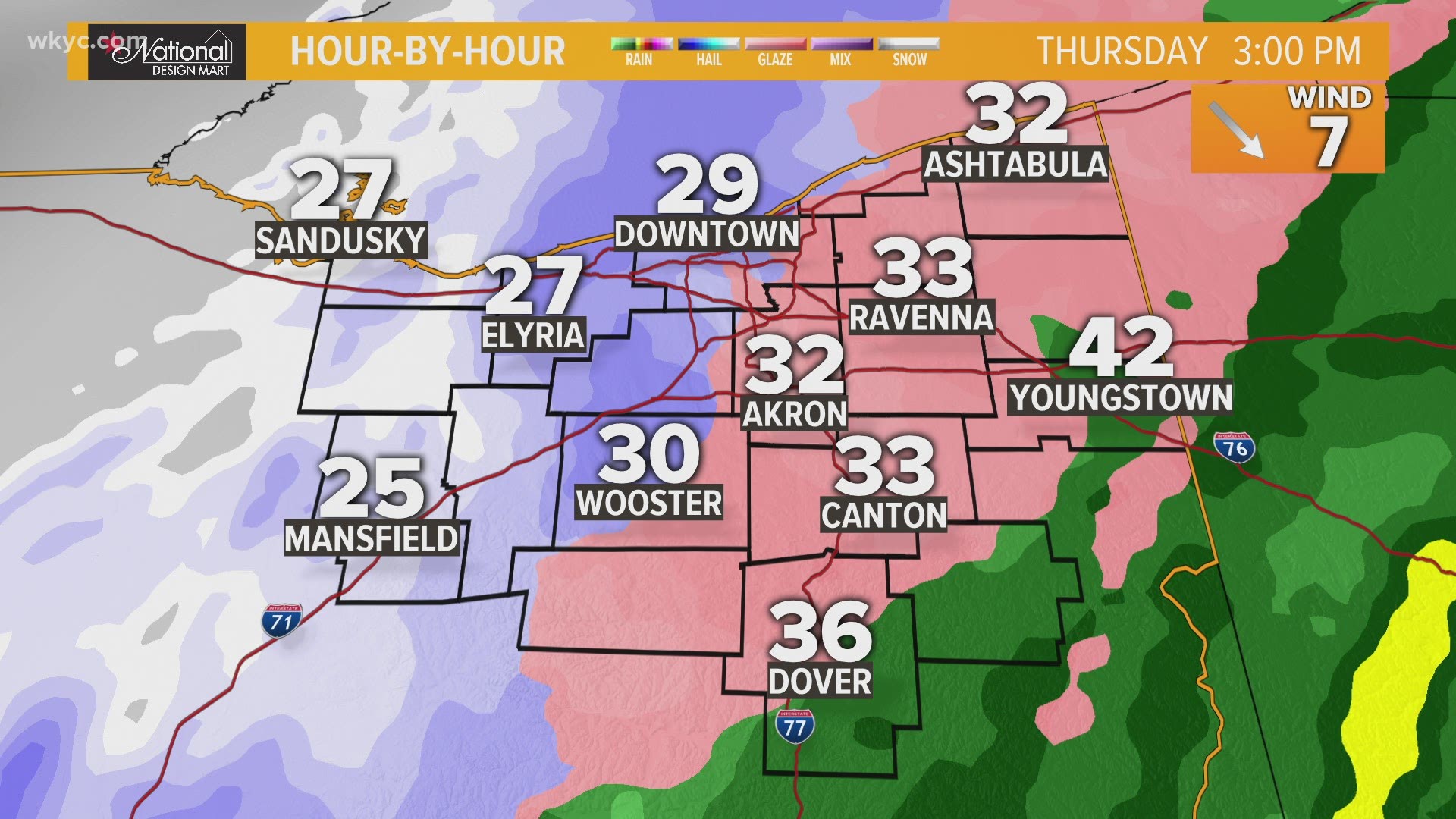 CLEVELAND — It's beginning to look a lot like....a White Christmas for Northeast Ohio!

The National Weather Service has issued a Winter Storm Warning for Cuyahoga, Lake, Geauga, and Ashtabula counties that will begin on Thursday at 1:00 p.m. and continue until Saturday morning at 7:00 a.m.

According to the NWS, heavy snow expected in the warning areas with total snow accumulations of 8 to 14 inches possible. The greatest totals are expected along and near the lakeshore.

For those heading on the roads for holiday gatherings, travel could be very difficult with the potential of areas of blowing snow significantly reducing visibility.

Also, the National Weather Service has issued a Winter Weather Advisory for the following counties from 1:00 p.m. Thursday until 7:00 a.m. Friday:

Total snow accumulations of 3 to 6 inches are possible for these affected counties. Localized totals of 7 inches possible.

Most of Thursday will be rainy for the daylight hours. Closer to sunset, we'll make that transition from rain to snow as temperatures drop closer to freezing. Arctic air will wrap around the storm system Christmas Eve into Christmas Day with bands of potentially heavy lake effect snow lingering through Saturday morning. The highest snowfall totals during this event will occur in the primary Snowbelt and where lake effect snow persists.

The 3News Weather Team says there will likely be a sharp cut-off in snowfall totals from west to east, with the bullseye along the OH-PA state line and in the lake-effect snow belts. Many of us in NE Ohio may get a handful of inches of snow with closer to a foot in the snow belts.

If this system cuts off early, barely any snow may fall in central Ohio, mainly west of Elyria and Medina.