The NHC is tracking Invest 98-L which has an 90% chance of developing into a tropical cyclone by the weekend. 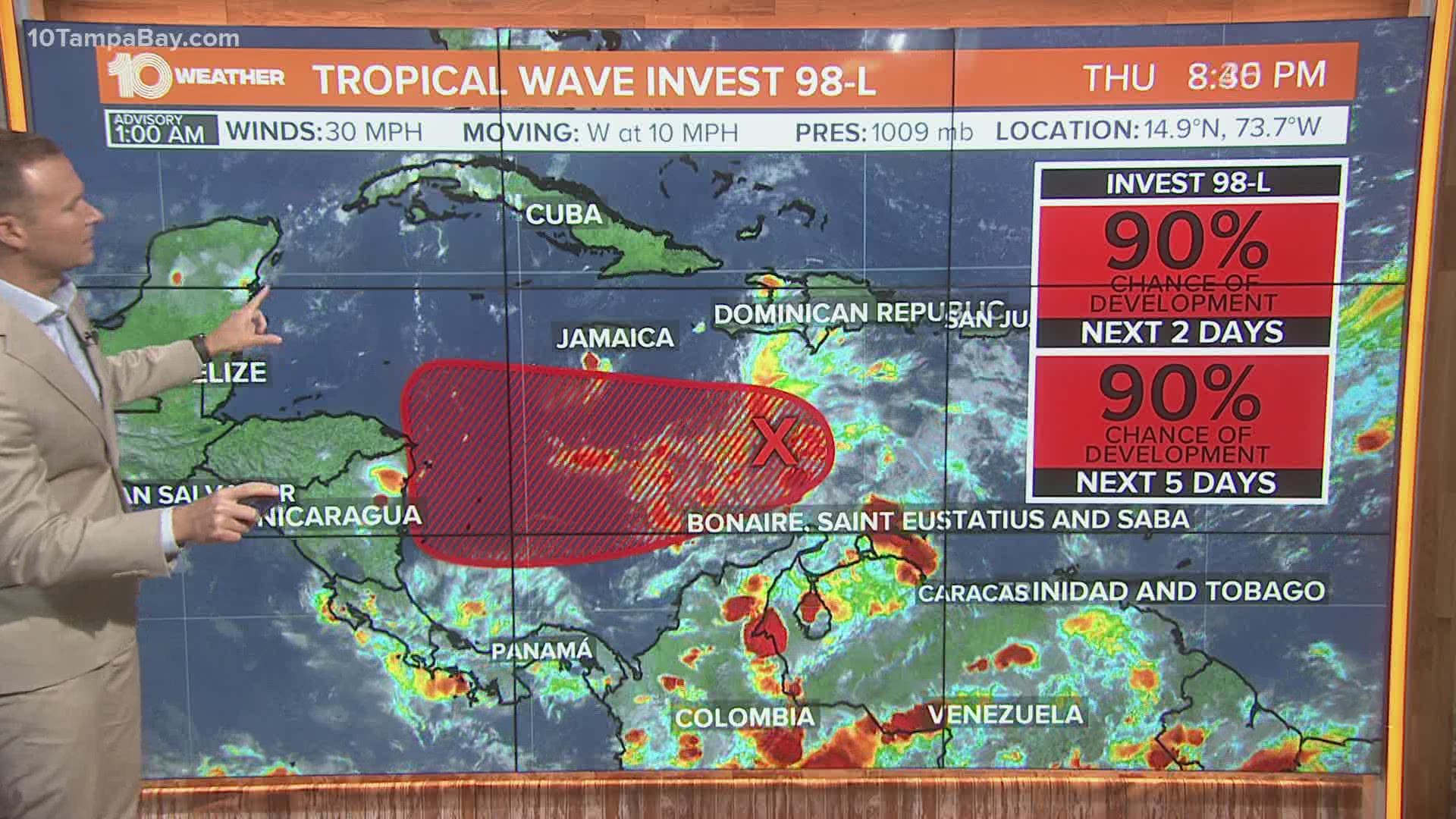 While the clean-up continues, the National Hurricane Center is tracking another system in the Caribbean that is likely to become 2020’s latest named tropical cyclone.

The tropical wave is located over the central Caribbean and is producing a large area of showers and thunderstorms. Satellite imagery indicates that the disturbance is gradually becoming better organized.

The tropical wave has a 90-percent chance to develop into a tropical cyclone within the next couple of days as it moves slowly westward over the central and western Caribbean Sea.

After Iota, the names Kappa and Lambda would be used next. Hurricane season ends on November 30. However, in the record-setting year of 2005, named storms continued into December.

Tropical Storm Zeta occurred between December 30 and January 6 that year.

Regardless of development, Invest 98-L is expected to bring heavy rainfall along with possible flash flooding to portions of Hispaniola over the next day or so.

Most of the early models take Invest 98-L into Central America, so at this time, it does not look like this storm will have any impact on Florida.