More rain and snow was in the forecast for Northern California after a stormy holiday weekend. 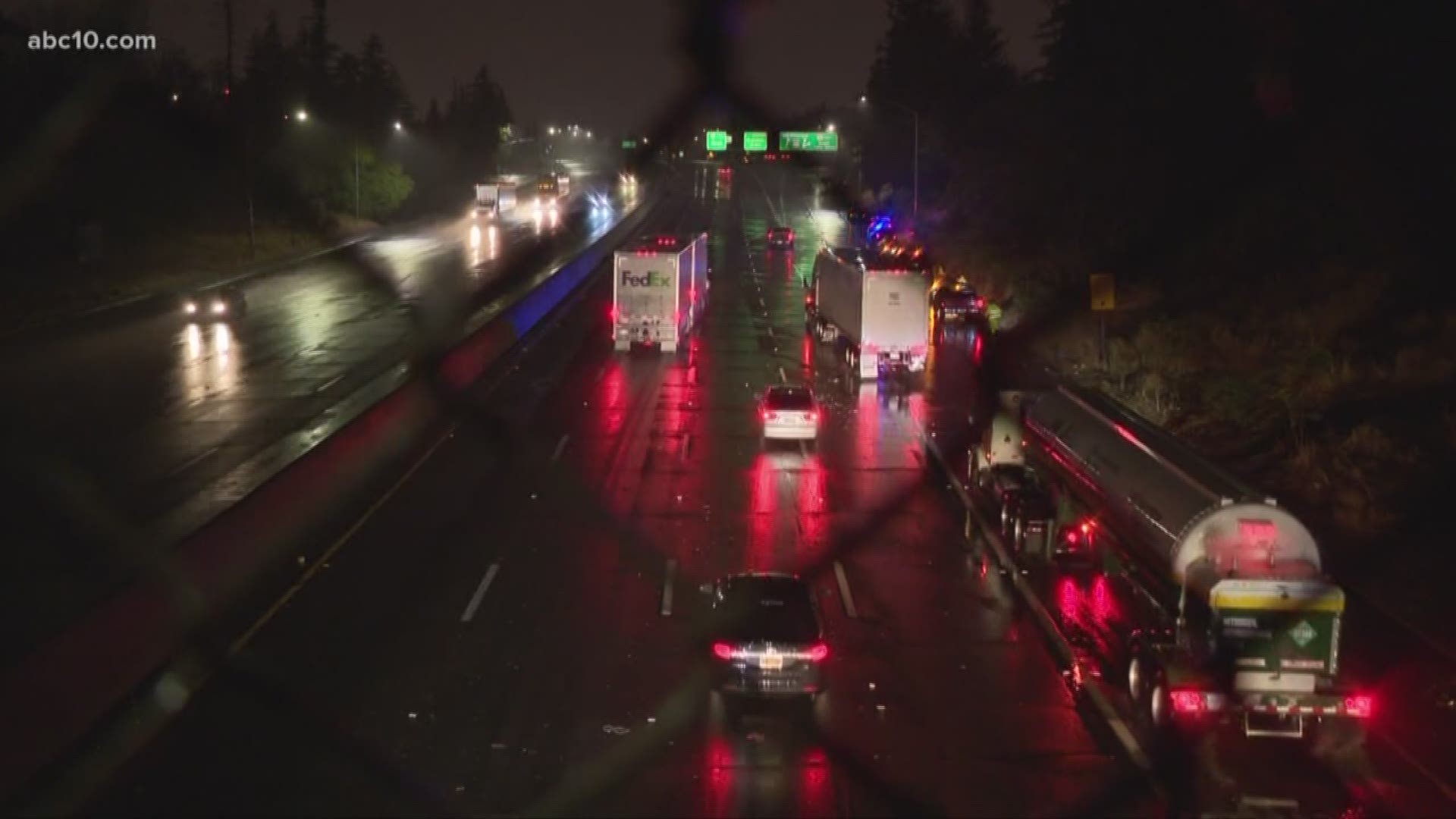 SACRAMENTO, Calif. — The Sacramento region was greatly affected by the storms from the week prior that changed people's travel over the holiday weekend.

ABC10 has the latest on how Monday's weather is affecting people as they get back into their week.

Heavy rainfall throughout the valley has led to some challenges for drivers as wet roads have caused several accidents throughout Northern California.

It's easy to lose track of weather changes this time of year, so ABC10 spoke to Ron Crisafulli, a local mechanic, to get an idea of what to look out for in these kinds of conditions.

The first thing Crisafulli recommends is getting some good tires and filling them with the maximum amount of air pressure possible, because "it will disperse the water on the road away from the tire instead of going under the tire and making you slide."

Then there's windshield wipers — the thing drivers forget about changing until the first time it rains and the bad ones still attached leave water streaks.

This next tip may seem like common sense, but plenty of drivers have fallen victim to potholes hidden in those huge puddles in the road.

"If you see big puddles in the road, try to go around it," Crisafulli explained. "Some people think it's going to be fun to go straight through it. But you can either stall your car, or they may be a big hole or brick or some obstruction in the water you can't see. And then you're asking for trouble."

Lastly, check your headlights, brake lights and tail lights, because whenever driving in rain or low visibility conditions, it's always important for other drivers to be able to see you.

"Some people have these strong LED lights, which I don't like because they blind you," Crisafulli said. "But it's good lighting."

A 52-year-old dump truck driver died after he hit a fence and then crashed into a tree near Finch and Falcon roads on Monday, according to California Highway Patrol.

The man was pronounced dead at the scene. CHP Officer Thomas Olson said it is not clear how the man crashed. Olson said it appears alcohol and drugs were not involved.

Modesto Spokesman Thomas Reeves said the driver was employed by the city and was driving a city truck.

CHP is asking people to stay away from Finch Road and Falcon Road at this time.

CHP did not release the identity of the man.

(Editor's note: A previous version of this story reported that the victim was driving a trash collection vehicle belonging to a third party. The story has been changed to reflect that the victim was in a vehicle that belonged to the city of Modesto.)

CHP said they’ve responded to around 20 crashes in the past hour.

Heavy rain has created slick roads and flooded roadways. Some of the most common collisions have been spinouts, rollovers, and multi-vehicle crashes.

ABC10's Carlos Herrera reported on the semi-truck that rolled over on eastbound Highway 50's onramp at Stockton Boulevard around 6 a.m. Monday.

After a dry October and most of November, the storms are stacking up, and Northern California is starting December in a wet pattern.

Morning rain wreaked havoc on the early commute. The rain was to continue on and off through the day for all valley locations.

The Sierra snow level is a bit higher than the last storms with snow sticking roughly 6,500 feet tall and causing chain controls for all open mountain passes for the day.

A winter storm warning for heavy snow is in effect until 6 p.m. Monday.

With the pooling of water on roadways and increased slickness of roads, Caltrans closed significant roads as issues arose, and law enforcement dealt with several car crashes.

Take a live look at the traffic in Sacramento:

RELATED: Chain controls in effect in the Sierra as storms leave thousands without power across California

►Stay In the Know! Sign up now for ABC10's Daily Blend Newsletter

WATCH: Drivers stranded on I-80 for hours and more snow is on the way