A wintry mess of ice and snow could make the roads a bit slick. 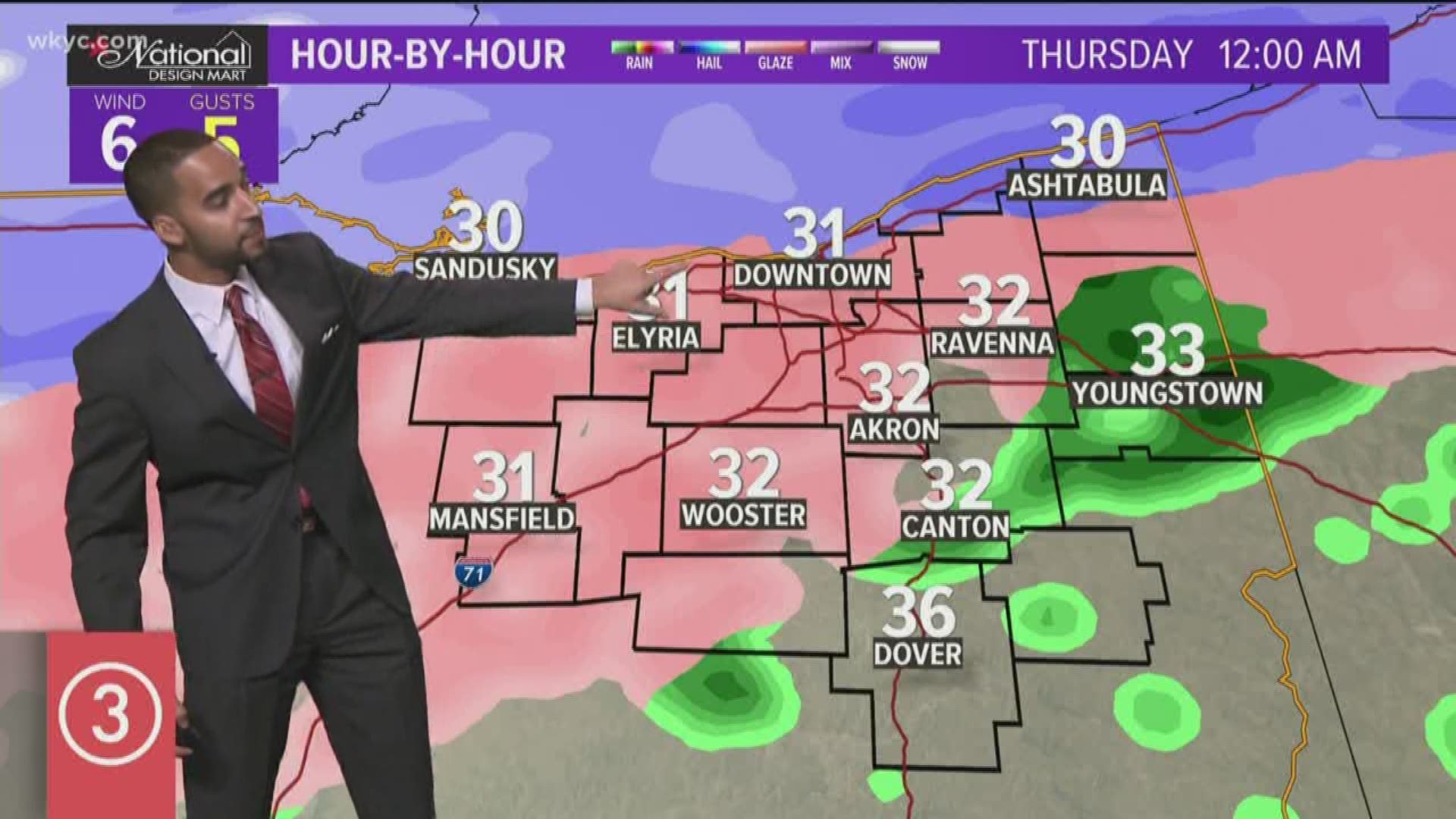 CLEVELAND — The Ohio Department of Transportation is preparing for a wintry battle with Mother Nature.

As ice and snow are expected to impact Northeast Ohio Wednesday night into Thursday, ODOT said their crews are ready.

"ODOT will have 313 snow plow drivers treating interstates, state and U.S. routes in 17 counties across Northeast Ohio," ODOT said in a press release.

The wintry weather, which has sparked weather alerts throughout the region, is expected to begin late Wednesday night as snow before transitioning to icy conditions.

"With a rain-snow mix possible overnight, crews will pay special attention to the ramps, bridges and overpasses as those areas tend to freeze quickly and could become slick."

3News meteorologist Hollie Strano said we could see snow totals ranging from 1-3 inches, but her main concern is the ice.

"It's going to be scattered, but even pockets of ice could seriously be something that slows us down," she said.