Weather officials confirm that two EF-1 tornado were part of the overnight storm. 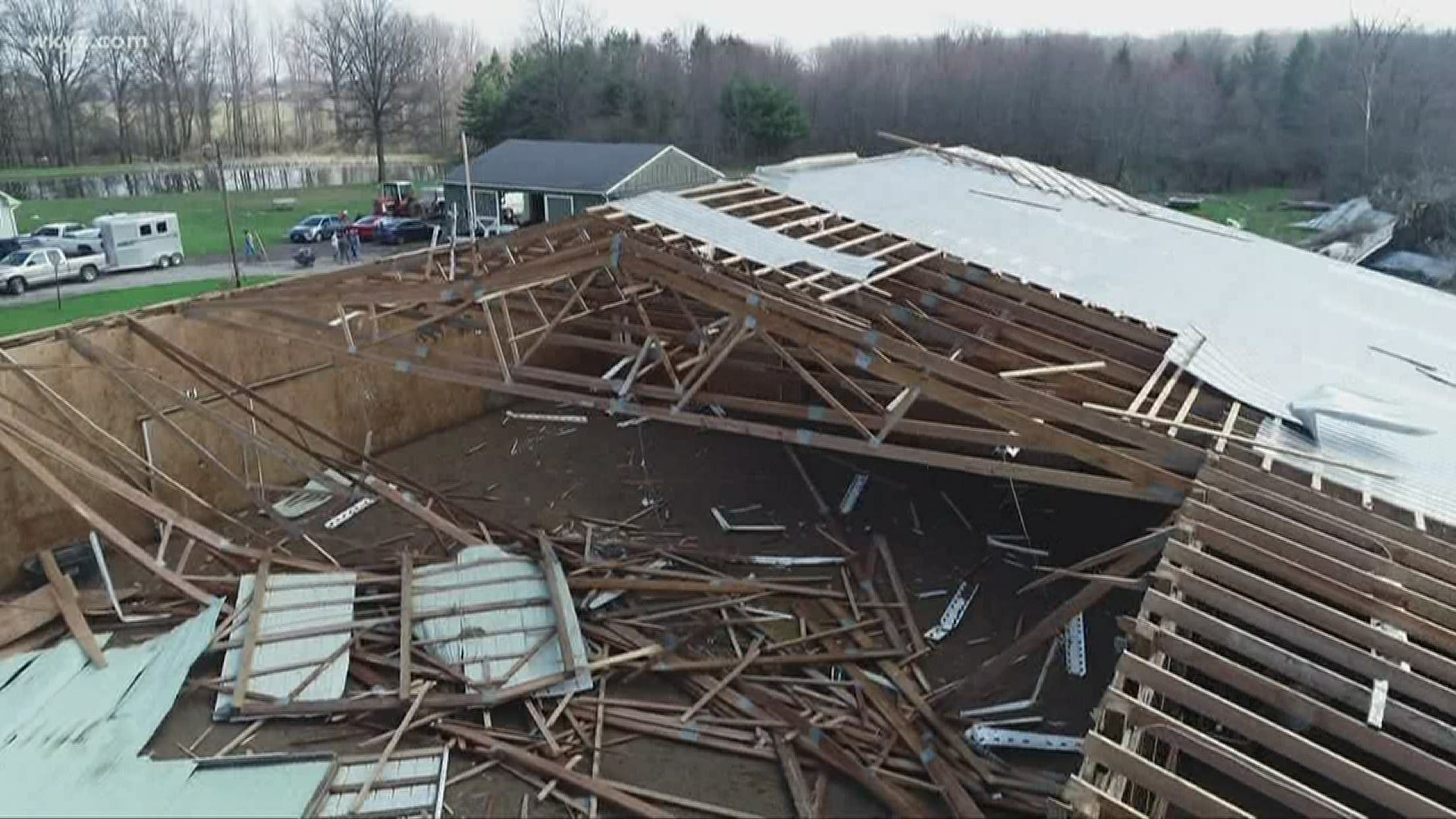 An EF-1 tornado, meaning winds ranged from 86-110 miles per hour, is responsible for damage caused in Lorain County about three miles southeast of Grafton. Winds of that strength are capable of severely stripping roofs, overturning/significantly damaging mobile homes, ripping off exterior doors and shattering windows.

A tree fell on the roof of a home on Glenwood Street in Elyria.  "Total devastation and I'm just grateful that no one got hurt," says the homeowner Danielle.

Her 21-year-old daughter was sleeping in an upstairs bedroom at the time.  "Her bedroom was on the front of the house thank goodness and the bedroom that we were redoing was in the back of the house where actually the tree has come down," she says.

Wednesday afternoon, officials detailed two more tornadoes that touched down in East Sparta (just south of Canton) and tracked southeast of the Stark-Tuscarawas County line as well as one in Summit County. The latter twister was an EF-1, while the former was an EF-0, meaning the winds ranged from 65-85 miles per hour.

The NWS has also found significant thunderstorm wind damage five miles northwest of Medina, where parts of a roof and siding were ripped off a house and garage. More than 40 reports of severe wind damage were noted across Ohio with more than 25 reports of large hail.

The National Weather Service in Cleveland is continuing its storm surveys today to determine whether other tornadoes touched down in Northeast Ohio after last night’s severe storms. We’ve been told by the National Weather Service office in Cleveland that they are looking at areas of Medina, Wayne, Stark and Summit (including Barberton) counties for possible tornado damage.

When sifting through the damage to determine whether or not it was caused by a tornado, the National Weather Service survey team will be looking at the direction in which the debris has fallen. Typically, straight-line wind damage is noted when the direction of the debris is scattered uniformly or all lying in one direction. However, if the debris is twisted in multiple directions, then that could point toward a possible tornado.

We’ll continue to follow the National Weather Service’s fining from this morning and bring you the very latest.

RELATED: Thousands of power outages in Northeast Ohio: Here are the hardest-hit counties