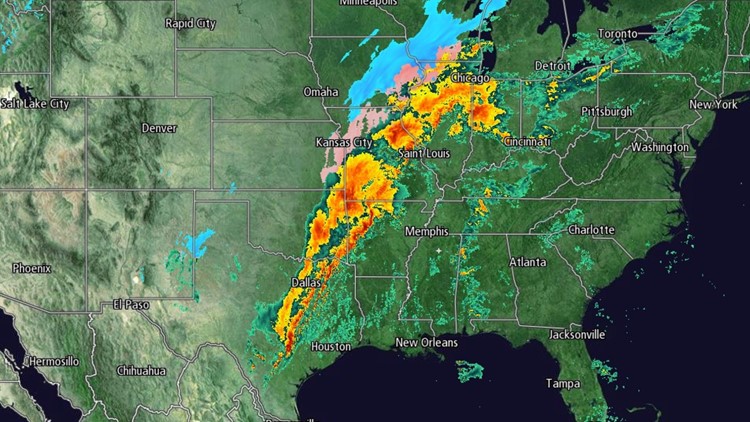 A large tornado has been confirmed in Arkansas as forecasters warn of the potential of hurricane-force wind gusts and hail the size of baseballs across much of the South.

The national Storm Prediction Center said more than 18 million people in Louisiana, Arkansas, Texas and Oklahoma are at an enhanced threat of storms that could include strong tornadoes and flooding rains.