FirstEnergy reports more than 11,000 customers in Northeast Ohio are currently without power. 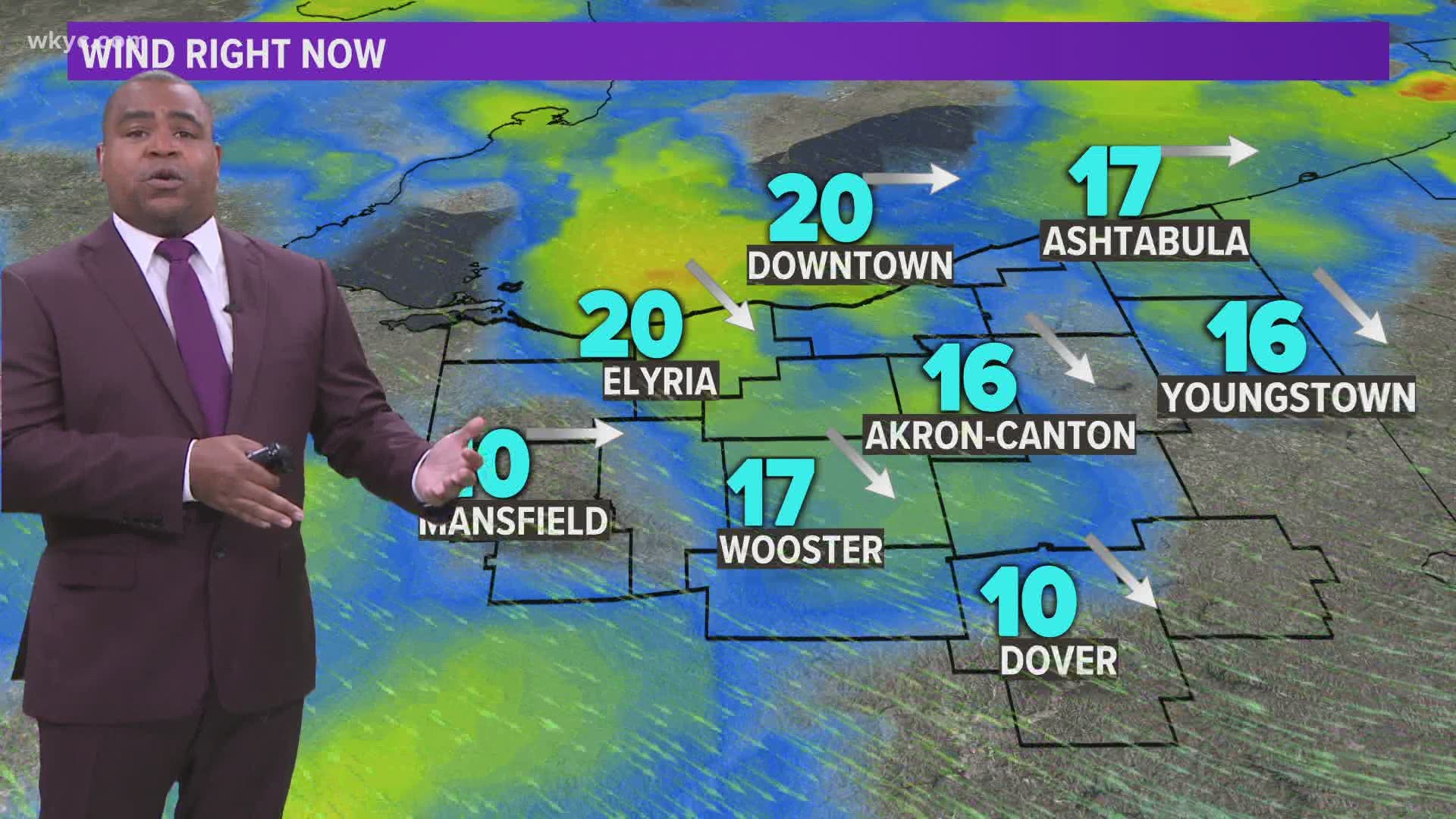 CLEVELAND — The good news is, the severe weather seems to be clearing out in Northeast Ohio after a second round of storms hit our area on Monday afternoon.

The bad news is that we have some cleaning up to do.

The severe thunderstorms that made their way through several area counties brought with it high winds and plenty of hail that caused both power outages as well as damage.

Cuyahoga, Lorain, Geauga, Portage, Summit, Stark, Medina, Ashtabula, Lake, and Trumbull counties were all under warnings at various times on Monday. Officials first spotted a storm moving east from western Vermillion around 5:38 a.m. A second wave of storms arrived from the south just after 12:15 p.m.

Heavy rain falling across parts of NE Ohio include Beachwood. We have a few Severe Thunderstorm Watches up for many areas including Akron. Make sure you stay alert via the @wkyc app #wx #Weather #Cleveland #Akron #Canton pic.twitter.com/K7JaLtFDPk

Cleveland, Akron, Lorain, Elyria, Mentor, and Chardon were among the cities that were expected to be hit hardest. Residents dealt with wind gusts of up to 60 miles per hour, along with torrential downpours and possible hail.

This is a developing situation. Please stay with the 3News weather team for additional updates as they become available, and share your weather photos and videos with us using the "Near Me" feature on the 3News app.