Some residents have been left without electricity for days. 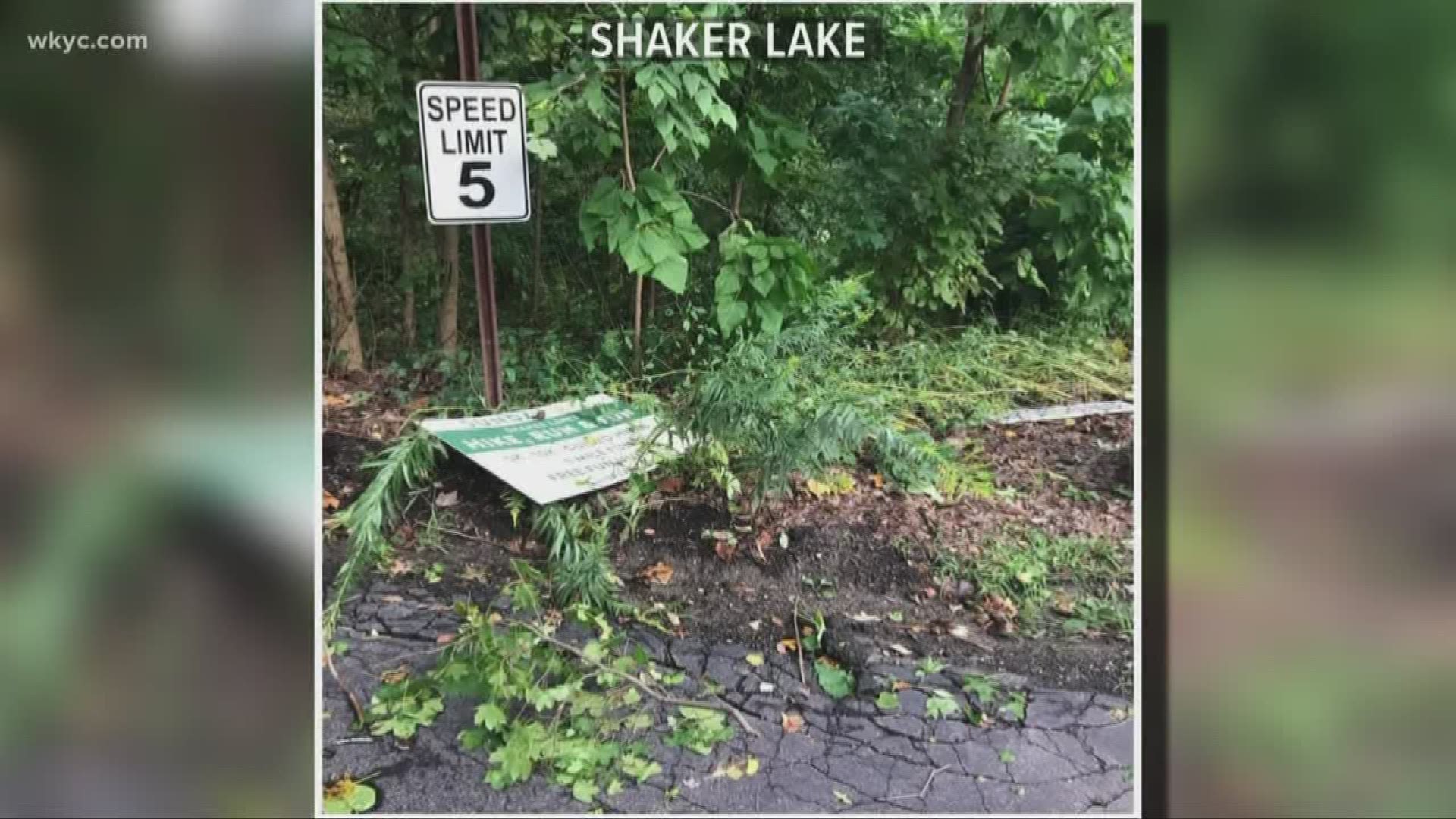 CUYAHOGA COUNTY, Ohio — More than 700 FirstEnergy customers are spending another day in the dark as their homes remain without power.

Updated numbers from FirstEnergy's outage map at 10:20 a.m. Tuesday show more than 800 customers in Cuyahoga County are still waiting for electricity to be restored after severe storms struck the region on Friday.

Much of the damage from the storm was concentrated in the eastern area of Cuyahoga County. Cleveland Heights confirms a microburst occurred in the city. Lyndhurst and Mayfield Heights are among other communities experiencing high numbers of outages.

Shaker Heights Mayor David Weiss says trees were reported down in more than 50 locations in his city. Weiss adds that the most significant damage was done in the northwest quadrant around Lower Lakes.

Cleveland was also hit hard by outages, including many involving FirstEnergy. However, Cleveland Public Power says all of its affected customers have had their power restored.

The National Weather Service issued multiple severe thunderstorm warnings for several Northeast Ohio counties Friday night. Officials say a storm was first spotted near Amherst and Vermilion moving east. Portions of Ashtabula, Cuyahoga, Geauga, Lake, Lorain, Medina, Portage, Summit, and Trumbull Counties were under warnings throughout various points in the evening, with winds of up to 80 miles per hour and even penny-sized hail expected.

Friday evening, FirstEnergy reported roughly 50,000 power outages across the region. The vast majority of those were in Cuyahoga County.

WKYC obtained images of storms from around the area:

Credit: Tony Dejak/AP
The tarp rests on the field after a baseball game between the Minnesota Twins and the Cleveland Indians is postponed due to the weather, Friday, Sept. 13, 2019, in Cleveland. The Indians and Twins will play a doubleheader on Saturday.