Some communities have issued reminders that parking bans will be activated once the snow starts accumulating. 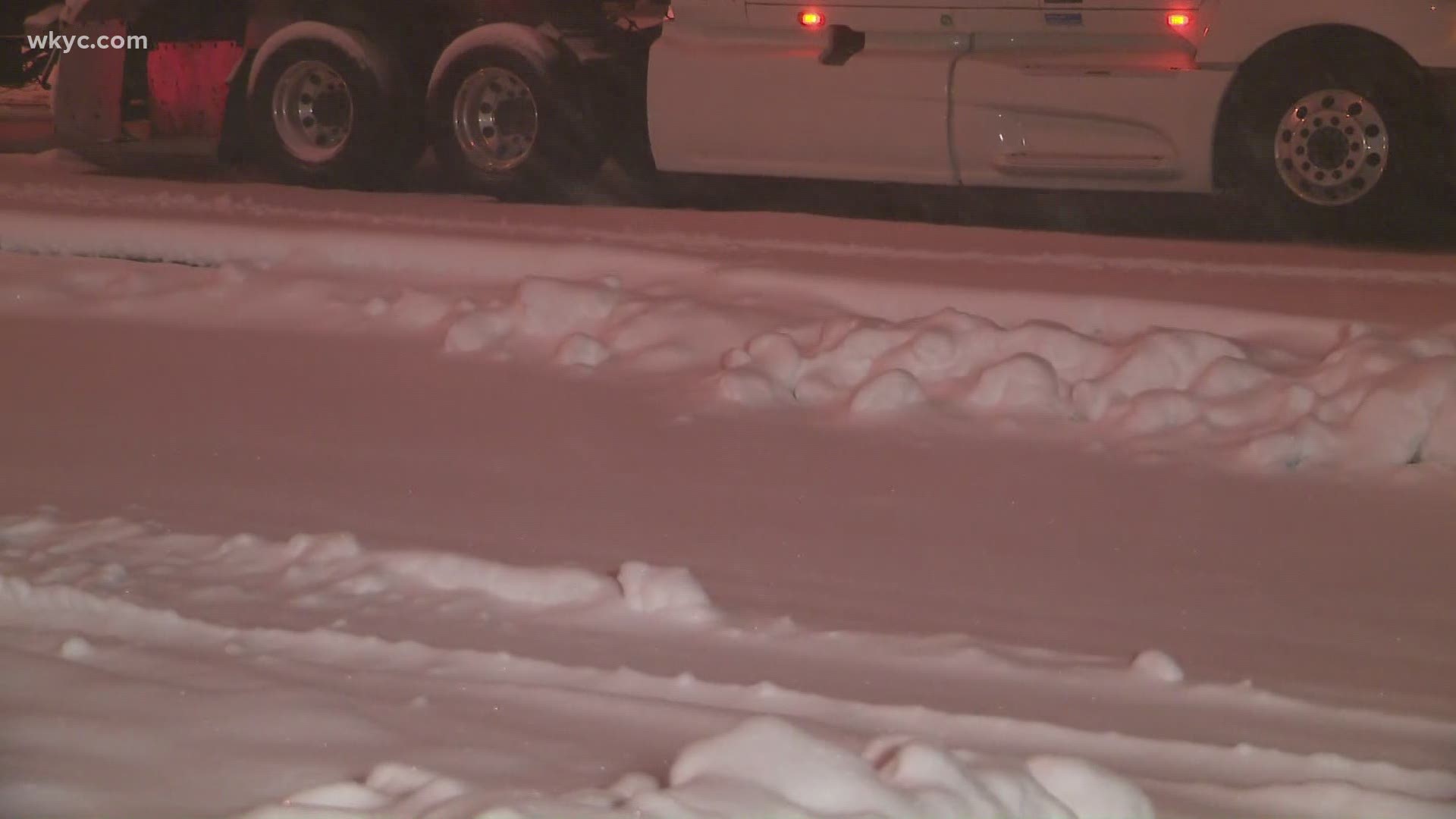 CLEVELAND — As the snow starts to come down in Northeast Ohio on Monday evening, several communities have already taken the step of issuing snow parking bans for the next couple of days.

Cleveland: The Cleveland Police announced on Twitter Tuesday that a parking ban has been placed for Tuesday night, into Wednesday morning. The ban takes effect at 8 p.m. on Tuesday and lasts until 8 a.m. on Wednesday.

Lorain: The snow ban will be in place until further notice.

Parma: In effect until further notice.

Plain Township (Stark County): Parking will not be allowed on any Plain Township streets until 6:00 a.m. on Wednesday, December 2.

Other communities are issuing reminders that parking bans will be activated once the snow starts accumulating:

Canal Fulton: "Please be mindful of our City Ordinance which allows for a "NO PARKING" on streets during a snow ban when (2) TWO or more inches of snow accumulates in our area."

Grafton: "As a reminder a snow parking ban is in effect anytime there is a minimum of 2 inches of snowfall on the ground."

LaGrange: "Whenever snow has accumulated to a depth of two inches (2″) or more on any curbed street or on any paved street, parking shall be prohibited until such time as snow has been plowed from any such street."

Wellington: "We are recommending that you plan to NOT park on any street in the Village Monday night through at least Wednesday PM. Although the snow ban parking ordinance will not go into effect until there are at least 2 inches of snow on the ground, we anticipate putting it into effect as soon as that happens.'

All of Northeast Ohio will switch to a heavy, wet snow Monday night. As winds shift more northerly, snow bands will be lake-enhanced, causing intense rounds of snow at times. Everyone will receive accumulating snow Monday night into Tuesday.

Snow will continue to be widespread on Tuesday. By Tuesday afternoon, our winter storm will change from widespread system snow to lake-effect snow, impacting both the primary and secondary snow belts, mainly east of I-77. A few lingering flurries will be possible early Wednesday morning.