The National Weather Services says a storm was first located near North Ridgeville moving east around 1:13. The warning was at one point in effect for portions of Ashland, Ashtabula, Cuyahoga, Erie, Geauga, Huron, Lake, Medina, Portage, Richland, Summit, Trumbull, and Wayne Counties.

Communities expected to be hit hardest included Cleveland and Akron, among others. Wind gusts of up to 60 miles per hour came at one point.

WKYC was able to capture photos of some downed trees in Pepper Pike. 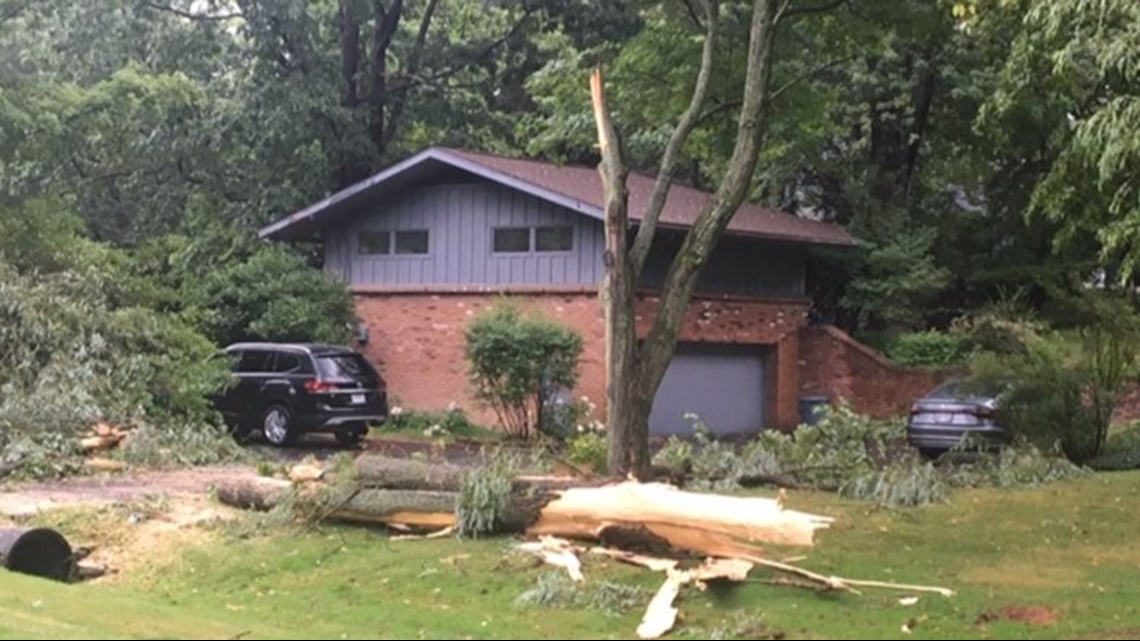 In addition, multiple trees have been reported down in Warren, according to the NWS. Sewage is also overflowing at Cleveland's Edgewater Beach, and a flood advisory remains in effect for much of Cuyahoga County until 7 p.m.