Many locations may not have their lights back on for days. 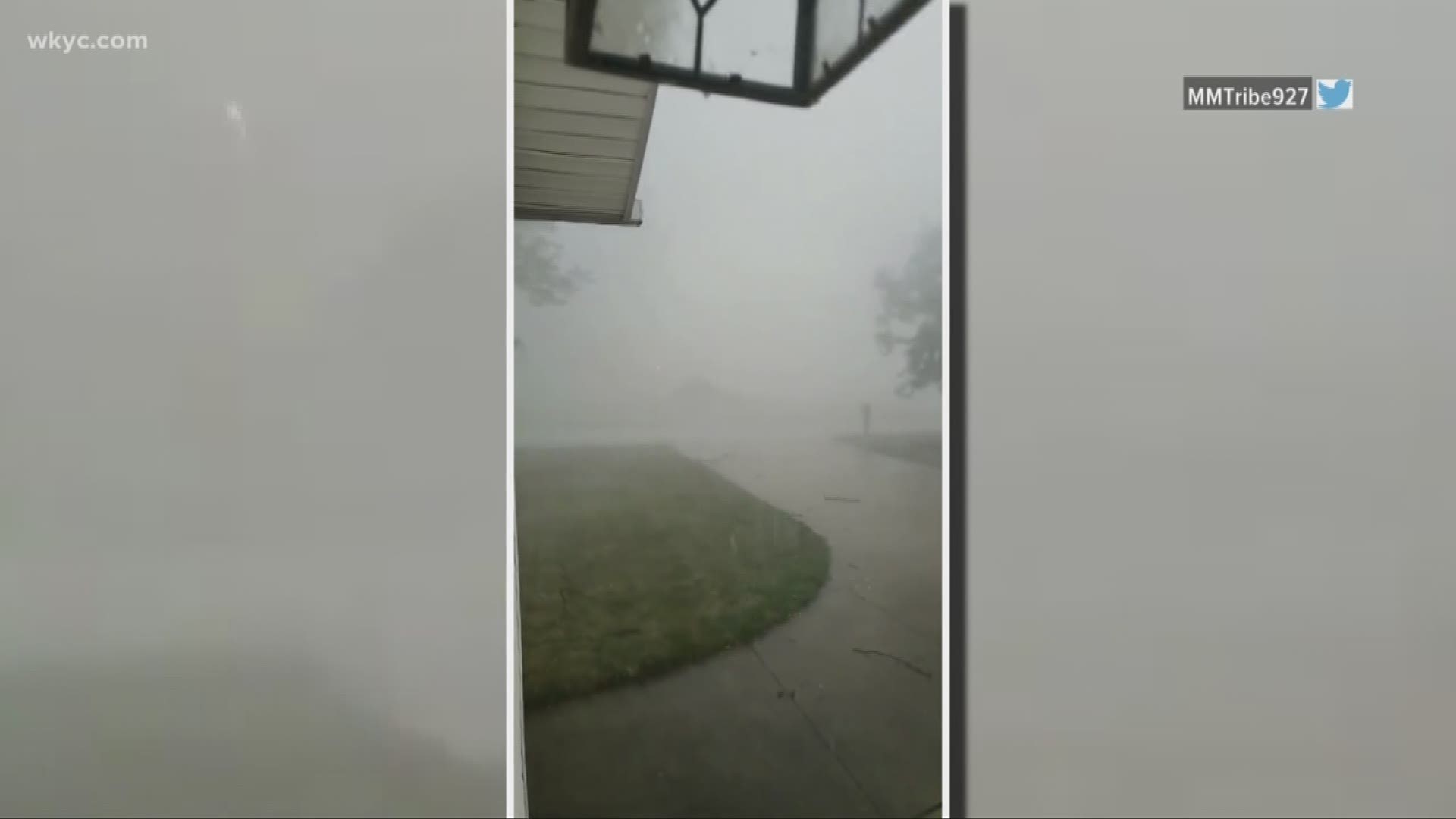 According to FirstEnergy, more than 6,000 customers are still without power as of noon.

Some locations may not have their lights back on for days.

First, a warning was in effect for Southern Ashtabula and Northeastern Geauga Counties. That later expired at 5:30 p.m. Sunday, but two more warnings later popped up for portions of Geauga and Portage Counties and all of Trumbull County that each expired at 6 and 6:15, respectively, before yet another warning was issued for all of Portage County until 7 p.m. as well as all of Trumbull until 7:45.

Further southwest, a warning was also issued for all of Ashland County as well as portions of Holmes, Medina, and Wayne Counties until 5:45 p.m. after a storm was located near Polk and Loudonville. Wooster, Ashland, and Lodi are among the communities in the line of fire, with wind gusts of up to 60 miles per hour and quarter-sized hail expected to cause damage to trees, power lines, and even some cars.

That warning was later moved to Eastern Medina County until 6 p.m. and Western Stark, Southern Summit, and Eastern Wayne Counties until 6:15 p.m. Northeastern Summit County was then under such a warning until 7.

In addition, a severe thunderstorm watch was issued for most of Northeast Ohio. The following counties were under the alert until 10 p.m.:

Severe thunderstorm warnings were in effect for parts of the region both last night and late this morning. A lightening strike even caused a fire in Hambden Township.

WKYC has also been receiving photos of storm damage from around the area.

Further still, a flood advisory has been issued for Southeastern Ashtabula County until 9:45 p.m. and most of Trumbull County until 11:15 p.m. Two inches of rain have already fallen in the area, and minor flooding is expected.