How to salvage your home after flooding

3News' Danielle Serino has tips on how to weather the storm. 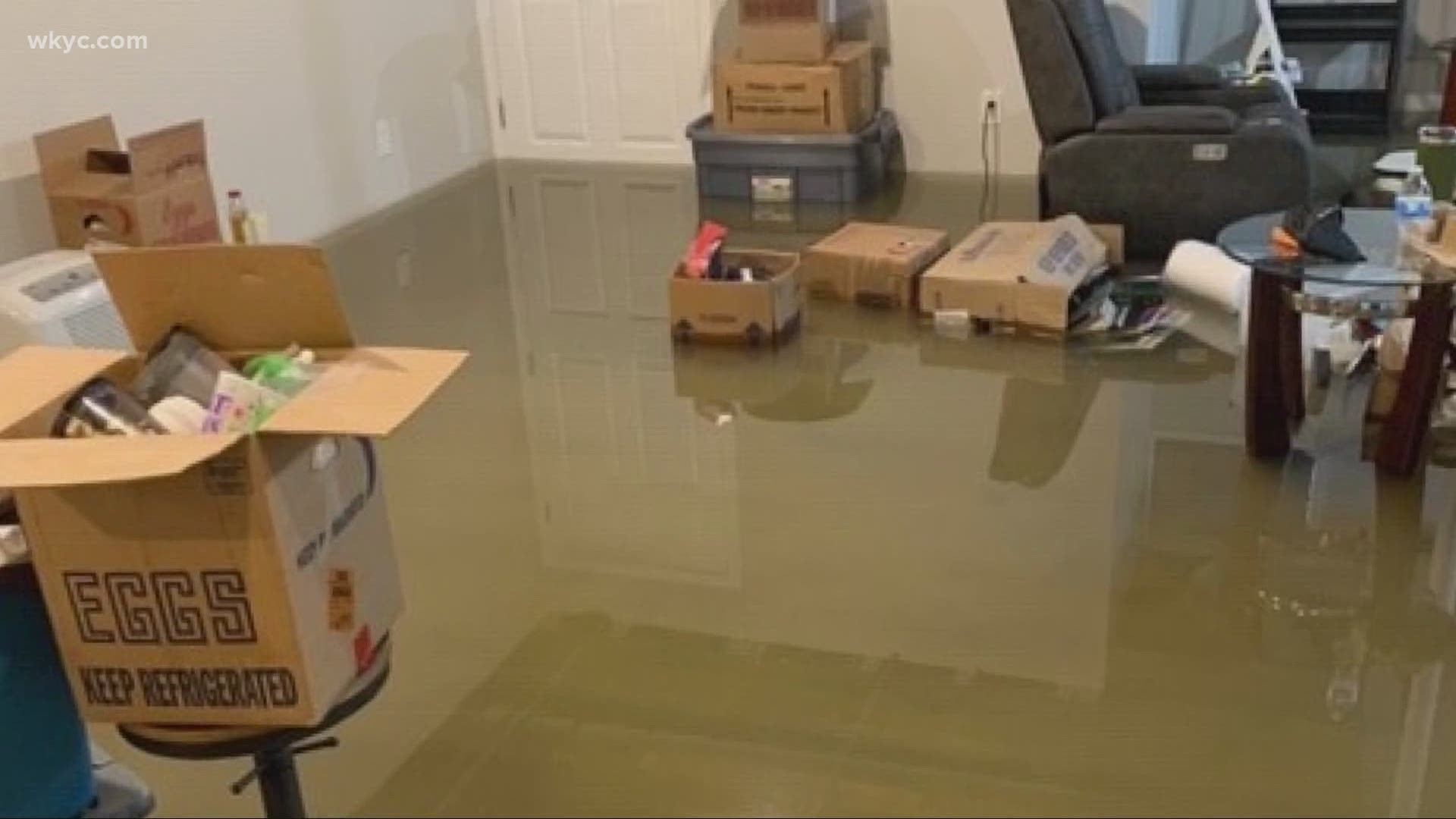 BROADVIEW HEIGHTS, Ohio — Flooded roadways were only part of the problem after Monday’s heavy rains. Many homeowners found their basements full of rain and sewer water, making for a bad end to the holiday weekend.

Max Gabor of Broadview Heights spent his Labor Day working to salvage his basement after it flooded early Monday morning. Ten inches of floodwaters took out most of the finished basement, in a home he had moved into just a few months ago.

“All of the boxes that we had in the corner were floating in the middle of the room. We had a sectional down there, some brand new chairs we just bought. They were electrical. We're not really sure if they're going to run anymore,” he explained.

Despite the loss, he knew he had to jump into clean-up mode to salvage his home. But before he or anyone with a flooded home starts, it’s safety first.

Jeff Suszynski of Paul Davis Restoration says there are a lot of landmines in a flooded home. So, before you enter, “Shut off the breakers. Shut off the power. You're also worried about the gas and you're worried about other things. And so, the key is to make sure that the home is safe,”

In fact, since you don't know what's in that water, he says you should even wear boots, gloves and a mask.

Next, document everything with photos for your insurance company. And immediately afterwards,get that water out.

When we spoke with Max, he was actually getting ready to go into Lowe’s to buy cleanup supplies.

“We have a wet dry vac at home, but we're going to buy another one. Definitely some more squeegees, some more mops,” he said.

Once the water's gone, it's on to mold prevention by getting rid of anything porous like carpets and furniture, and drying out the room.

“Mold starts to grow after typically 48 to 72 hours. The key to preventing mold is preventing long exposure with moisture. Any type of fan or air movement is helpful. Even your home air conditioning system is actually a dehumidifier,” says Suszynski.

If the damage is really bad, consider calling in a restoration company. They'll make sure all the moisture and contaminants are gone, and tell you what to fix to get your home back to normal.

As Max pointed out, “I could have walked in the house, could have been burned down and there was no house there. At least all of this stuff is replaceable besides the couple of special items that are down there. But you know, we're doing the best we can with just rolling with the punches.”

Now often after flooding, some not so reputable people swoop in to offer help. So, if you're going to hire someone, make sure they are certified by the Institute of Inspection Cleaning and Restoration.