A woman was able to leap from her car after a sinkhole opened up on Oxford Avenue. 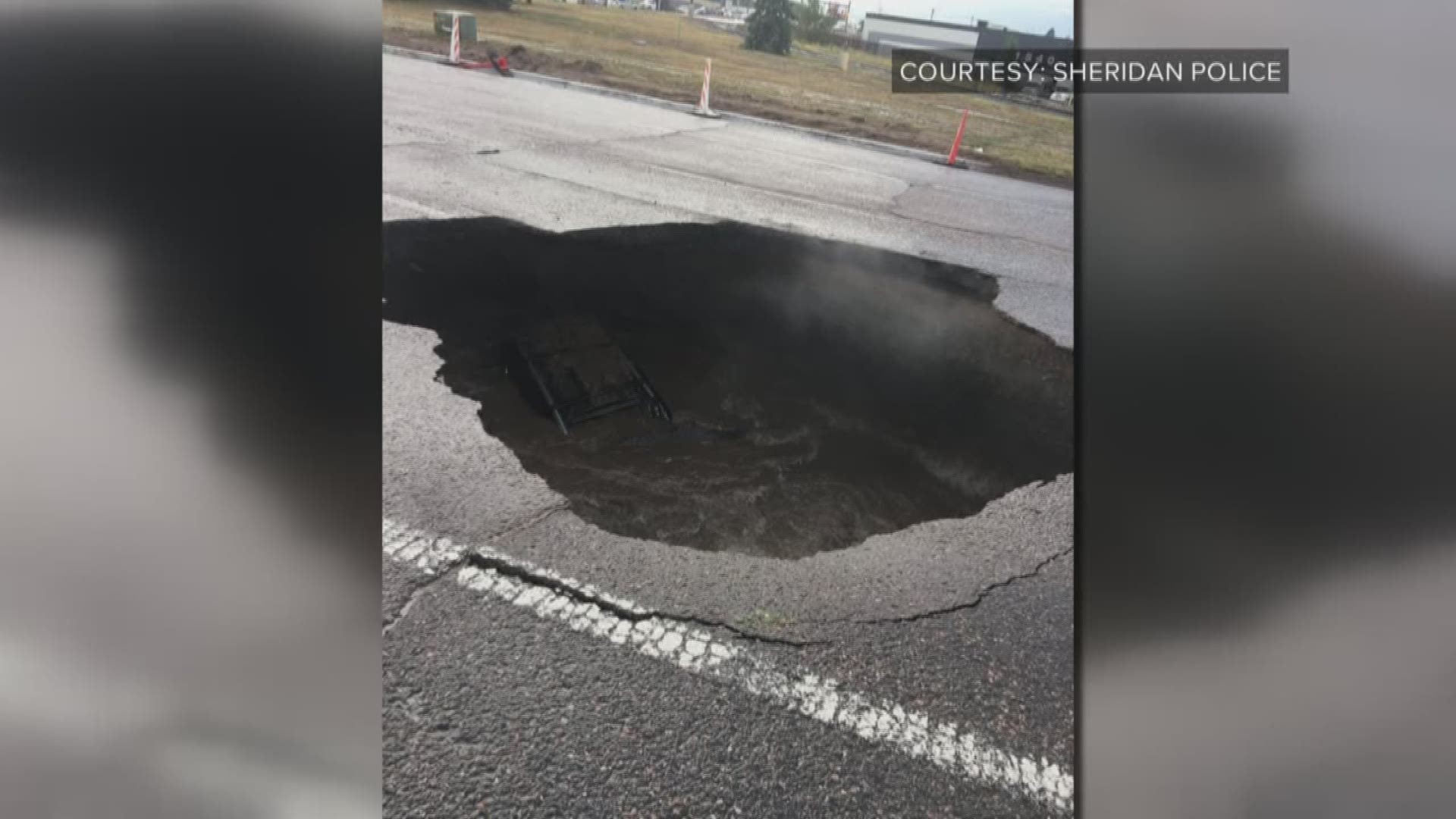 KUSA - A woman was able to leap from her Toyota Rav4 before it was consumed by what Sheridan's police chief described as a "massive" sinkhole that opened up on West Oxford Avenue near Santa Fe Drive Tuesday afternoon.

A report by a Sheridan police officer describes the moments after the sinkhole opened on the eastbound lanes of the road. He described watching water completely filling the hole and submerging the SUV. 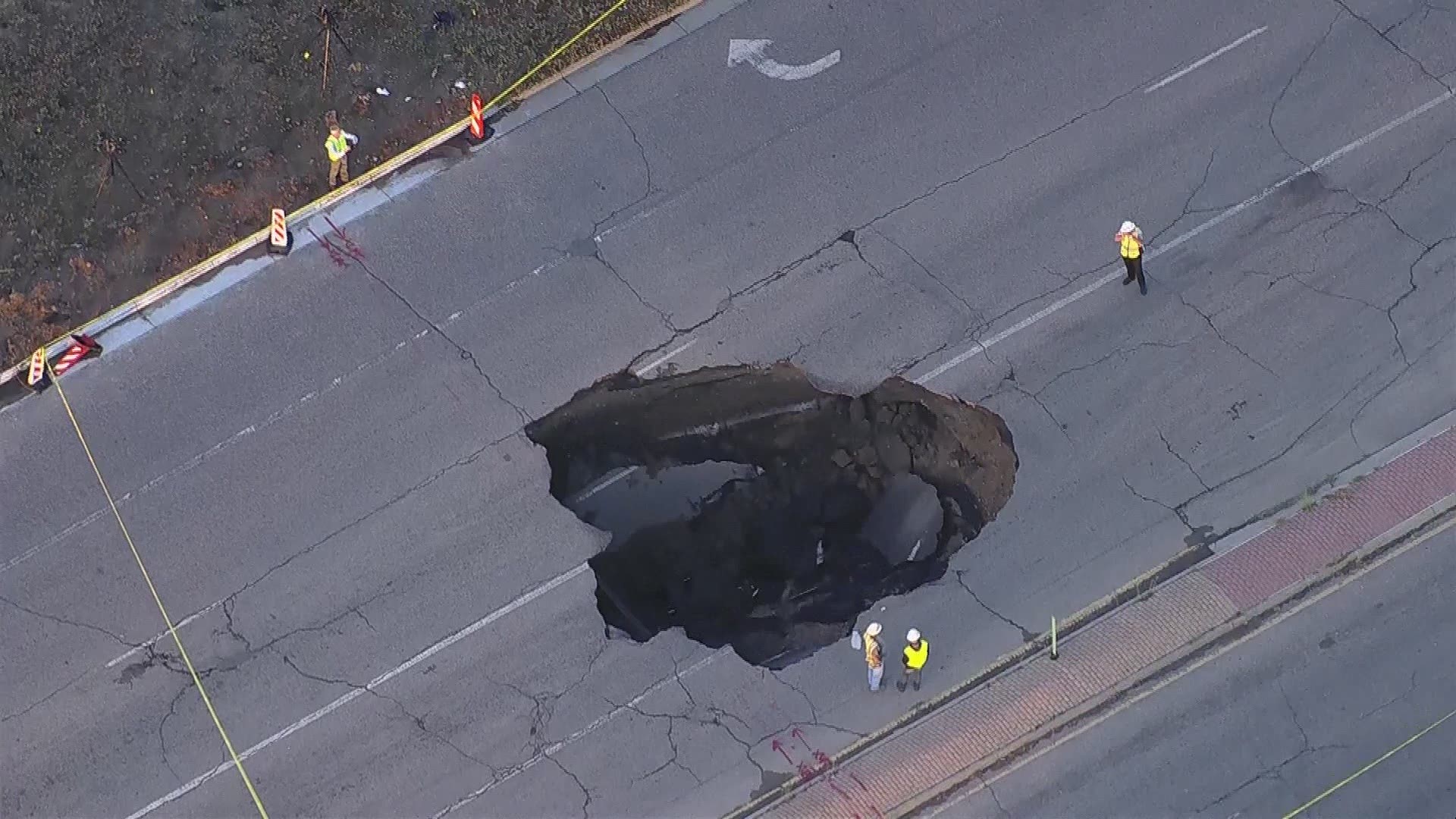 Sheridan Police Chief Mark Campbell said the storm pipe responsible for the sinkhole is owned by the City of Englewood. The pipe is six feet in diameter and runs from the east side of Santa Fe Drive to the Platte River.

Sheridan City Manager Devin Granbery said when the pipe burst, it washed away 15 feet of dirt, gravel and compact earth meant to support the road above.

"The weight of the car caused the road to collapse into the sink hole," Granbery said.

Englewood Public Works worked to remove the vehicle on Wednesday morning. A tow truck then hauled it away.

The city of Englewood released a statement Wednesday afternoon calling the storm a 100-year event that created pressure on the pipe that caused the sinkhole was not designed for.

"Our contractor, American Civil Constructors, are on scene now assessing what caused the pipes to fail last night," the city's statement reads. 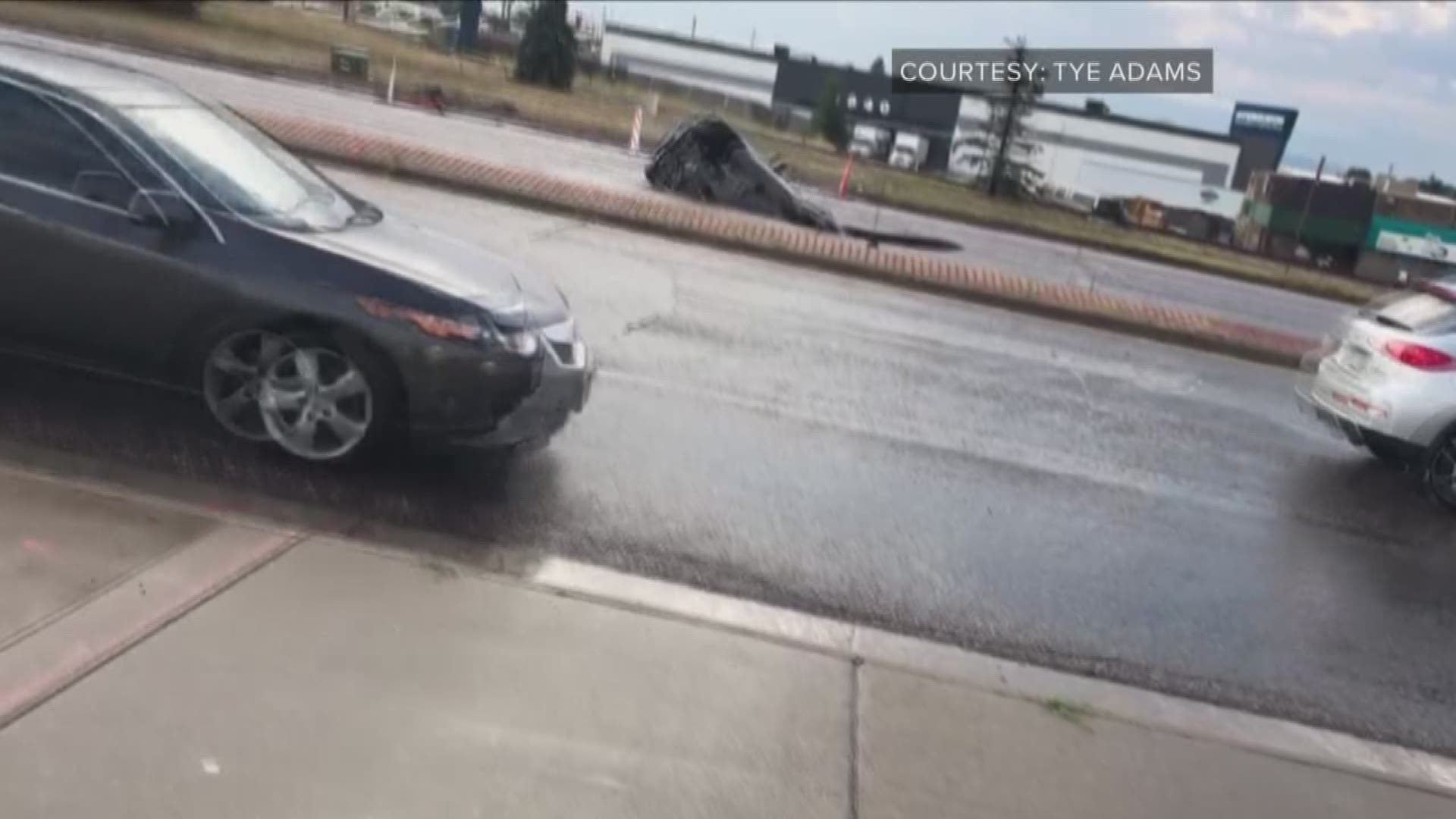 This isn't the first time a sinkhole has been reported in this area.

An police SUV was swallowed by a sinkhole in the area of West Oxford Avenue and River Point Parkway on June 5, 2015. 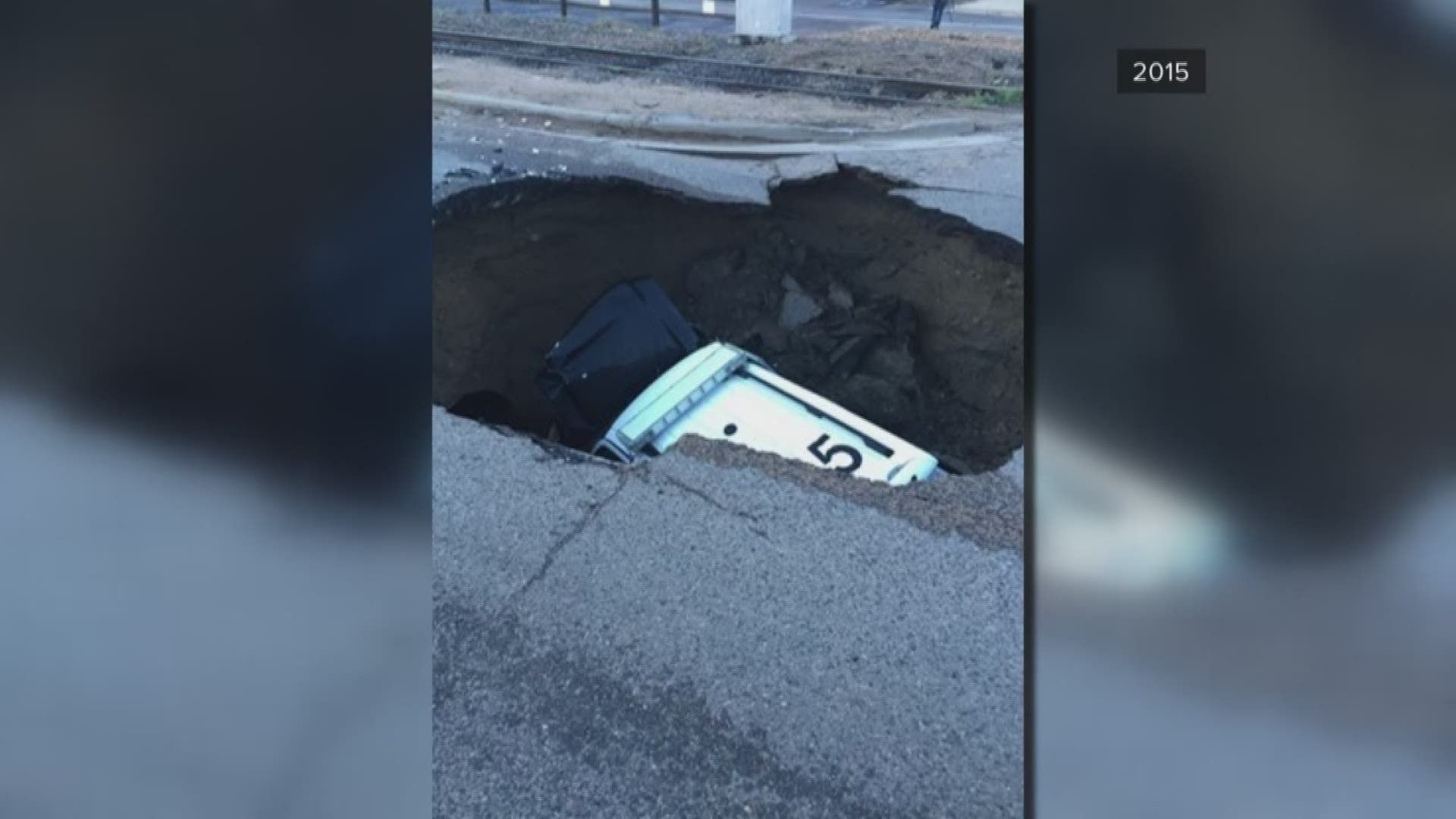 Nearby, a 9NEWS viewer saw a pickup truck tow a Mazda out of rising waters.

A storm dumped up to two inches of rain in 30 minutes on parts of the southern Denver metro area Tuesday afternoon. Littleton, Sheridan, Englewood and Centennial were all under a flash flood warning.

West Oxford Avenue between South Santa Fe Drive and the Platte River remains closed while city workers inspect the road to make sure it's safe. A short-term fix -- filling the hole and repaving the road -- could take seven to 10 days, Granbery said.

Englewood will also cover any costs related to repairing the road.