Eldora Ski Area near Boulder suffered electrical damage due to a wind storm in the area. 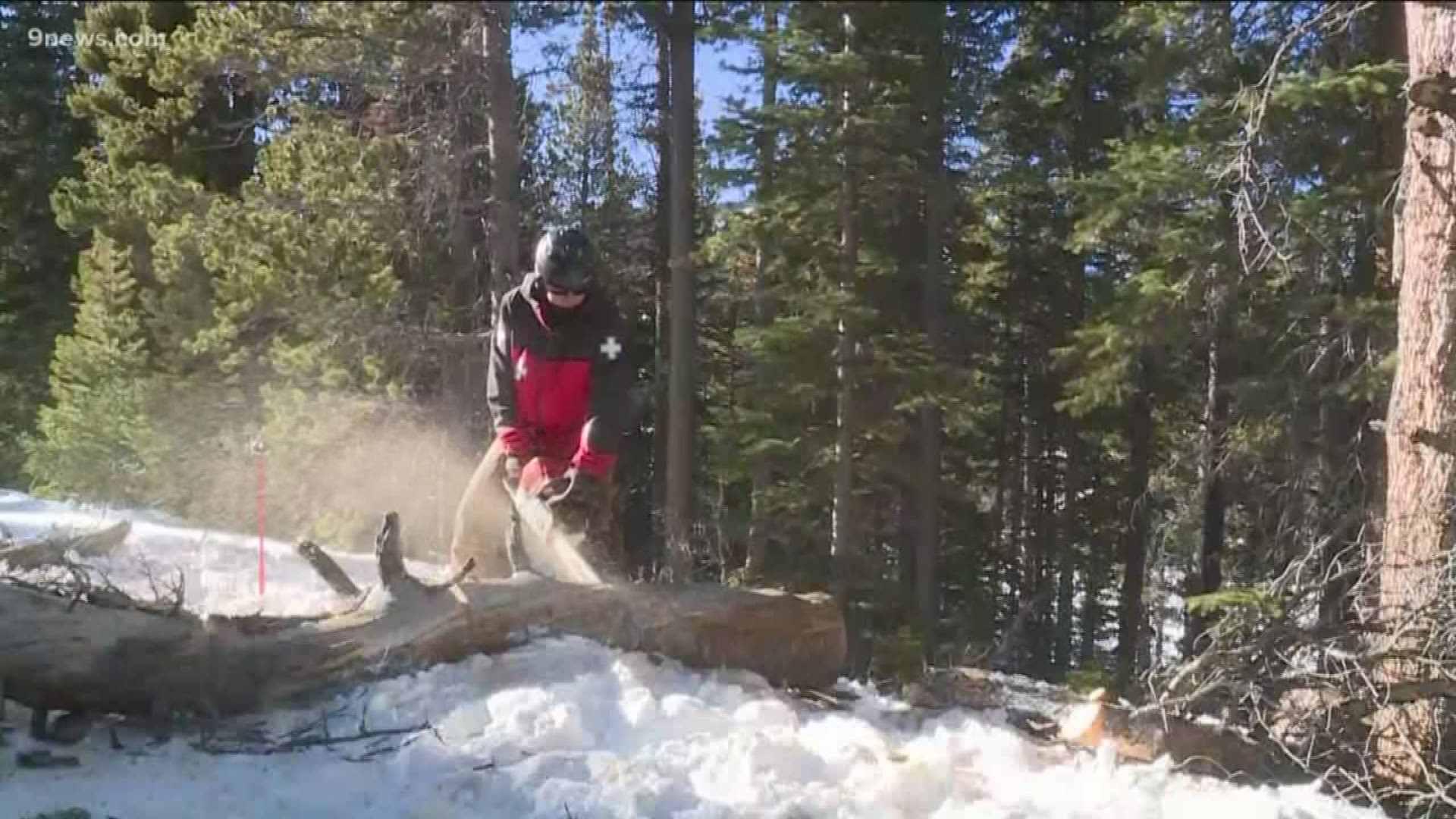 Earlier in the day, Eldora recommended that people not visit the resort since the lifts weren't running.

Eldora staff admitted there’s the occasional “stiff, mountain breeze,” but the wind the resort experienced over the weekend was something different.

“It was wild, man! I mean we haven’t seen anything like it in recent memory,” said Sam Bass, director of marketing.

RELATED: Delays at DIA due to strong winds Saturday

Bass and everyone at Eldora will remember the gusts that toppled down trees on Saturday.

High winds on Saturday and Sunday effectively shut down the mountain to skiers and boarders. Bass said lifts were only open for about 30 minutes on Saturday. The wind didn’t let up on Sunday.

“On Sunday, we had some electrical damage to a device up near the top of the mountain that provided power this lift,” Bass said, gesturing to the Alpineglow Chair.

Meanwhile, crews had to clear out dozens of downed trees all over the mountain.

“Forty-six trees were on runs and sort of, you know, would’ve been in the way of our grooming equipment and guests skiing,” Bass said.

On Monday, lifts were up and running again on yet another breezy day.

“Still a little windy, but (not) nearly as windy as it was on Saturday and Sunday,” Bass said.

Crews from ski patrol and Eldora’s Nordic Center spent the day clearing away trees that had fallen and blocked trails. Eldora has about 42 kilometers of Nordic trails. Bass said the Nordic center was expected to open for the season on Friday.

Bass can’t recall a time winds topped 100 mph at Eldora, and certainly not a gust of 107 mph. Despite the closure on Saturday and Sunday, Bass said the ski season was off to a great start.

“For whatever reason, it’s the windy days that people remember the most,” he laughed.

The ski area is about 20 miles away from Boulder via Boulder Canyon.