The Latest on the storm that slammed northwestern North Dakota, injuring more than two dozen people (all times local): 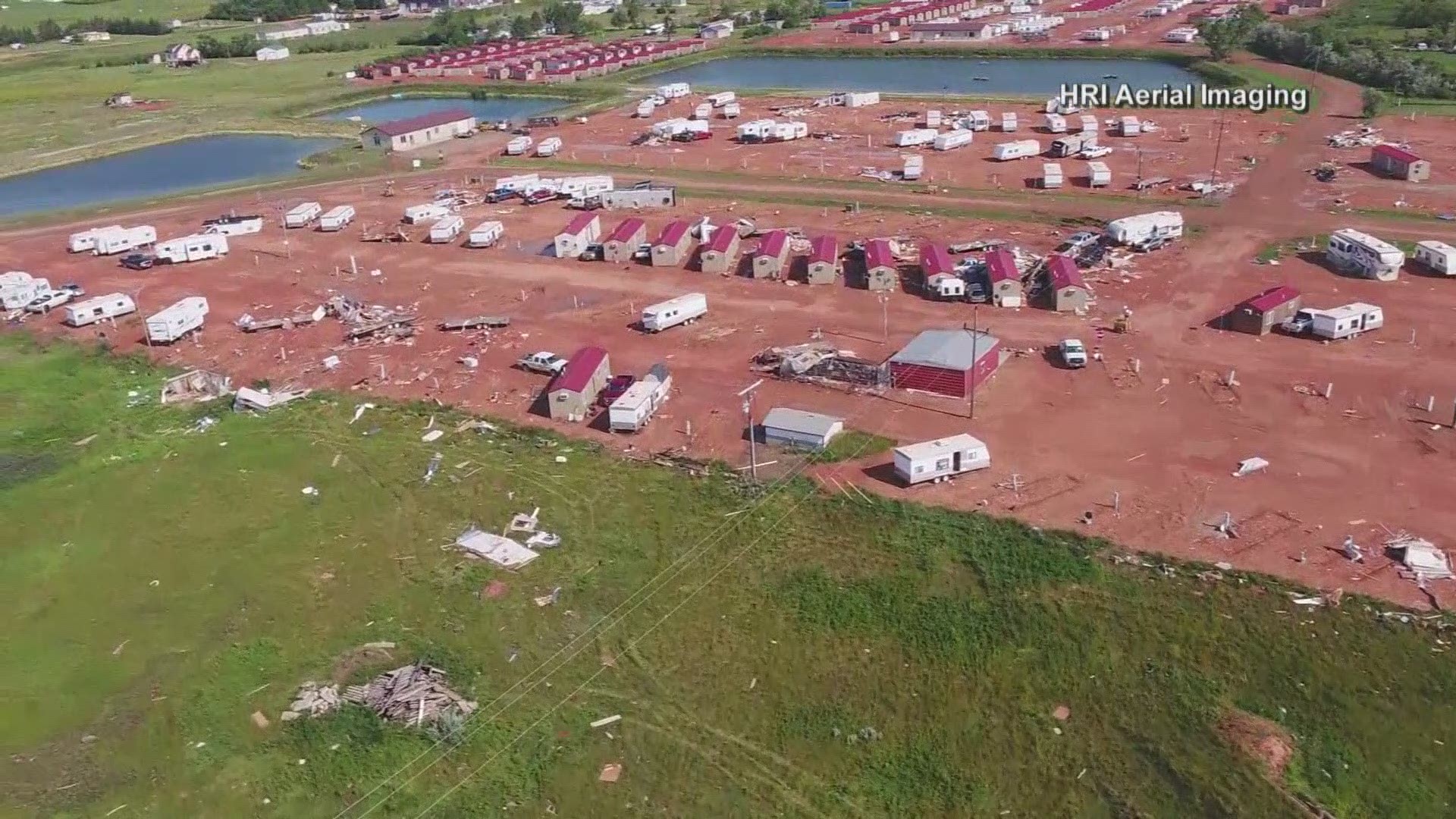 More than two dozen people were hurt when the tornado went through the Prairie View RV Park in Watford City shortly after midnight Tuesday.

McKenzie County Sheriff Gary Schwartzenberger says the storm went over his house and down into the park about half a mile away. He says the storm "devastated an entire community."

Residents were being allowed into the park Tuesday afternoon. Cleanup operations were scheduled to resume Wednesday.

Authorities say residents are being allowed back into a North Dakota motor home park that was ravaged by a violent overnight storm so they can collect some belongings.

Schwartzenberger describes the setting as a "tornado scene" and says it "devastated an entire community." He says his house about half a mile from the park has some shingle and siding damage from the storm.

Clifford Bowden says he's among those who escaped injury when a violent storm moved through the northwestern North Dakota community of Watford City and hurt at least 28 people, including many at his RV park.

Bowden says he and his dog were in his camper at Prairie View RV Park early Tuesday when powerful winds picked it up and slammed it down on the ground. He says that for a while it felt like he was weightless.

Bowden estimates about 70 of several hundred recreational vehicles were damaged when the storm blew through shortly after midnight. He has been staying along with dozens of others at the Watford City Civic Center where the Red Cross has established a shelter.

The McKenzie County Sheriff's Office says the storm moved through Watford City shortly after midnight Tuesday, hitting an RV park the hardest. Sheriff's officials say about 20 of the 28 injured were staying at the Prairie View RV Park where high winds overturned some campers and damaged mobile homes.

McKenzie County's emergency manager, Karolin Jappe, says at least three people suffered critical injuries. Jappe says about 150 people are staying at the Watford City Civic Center where a temporary shelter has been set up. The Red Cross is assisting those displaced by the storm.