It has definitely been a windy week. 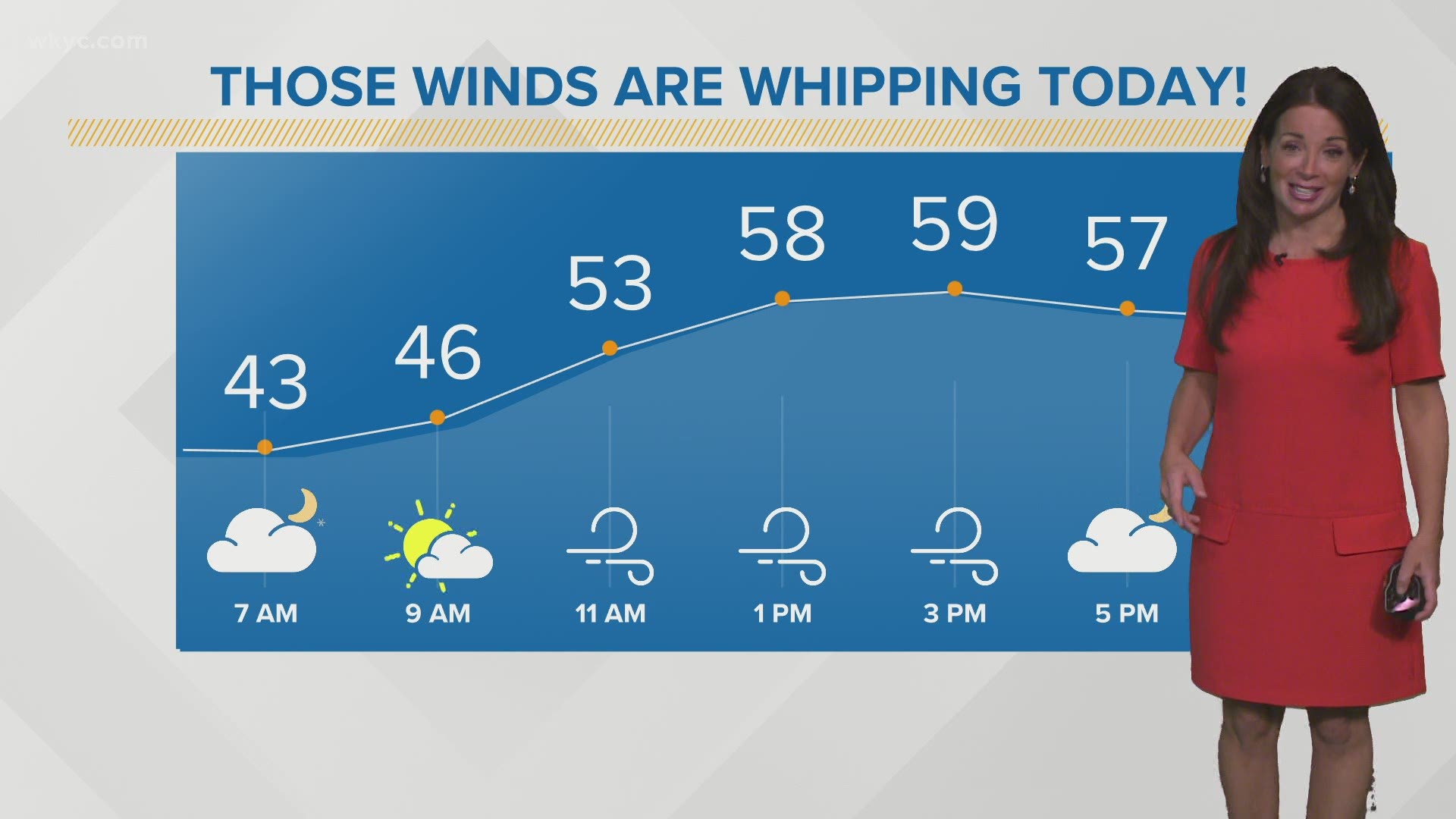 After the wild winds we experienced earlier this week, we’ve got the possibility for more strong gusts -- up to 50 mph -- on Thursday.

That’s why the National Weather Service in Cleveland has issued a Wind Advisory for multiple Northeast Ohio counties. The advisory, which says sustained southwest winds will be 25 to 30 mph, is in effect from 10 a.m. until 5 p.m. for the following counties:

“Even if you’re not in it, for example Lake County and Geauga, you are still going to be very windy today,” 3News’ Hollie Strano said early Thursday morning. “This is the kind of thing where power outages will be possible.”

Strano said temperatures are also expected to be much warmer today with highs around 60 degrees. The mild conditions stick around for Friday, too, before temperatures dive for Saturday and Sunday as highs will top out in the upper 40s.