Some areas could see upwards of four inches of snow. 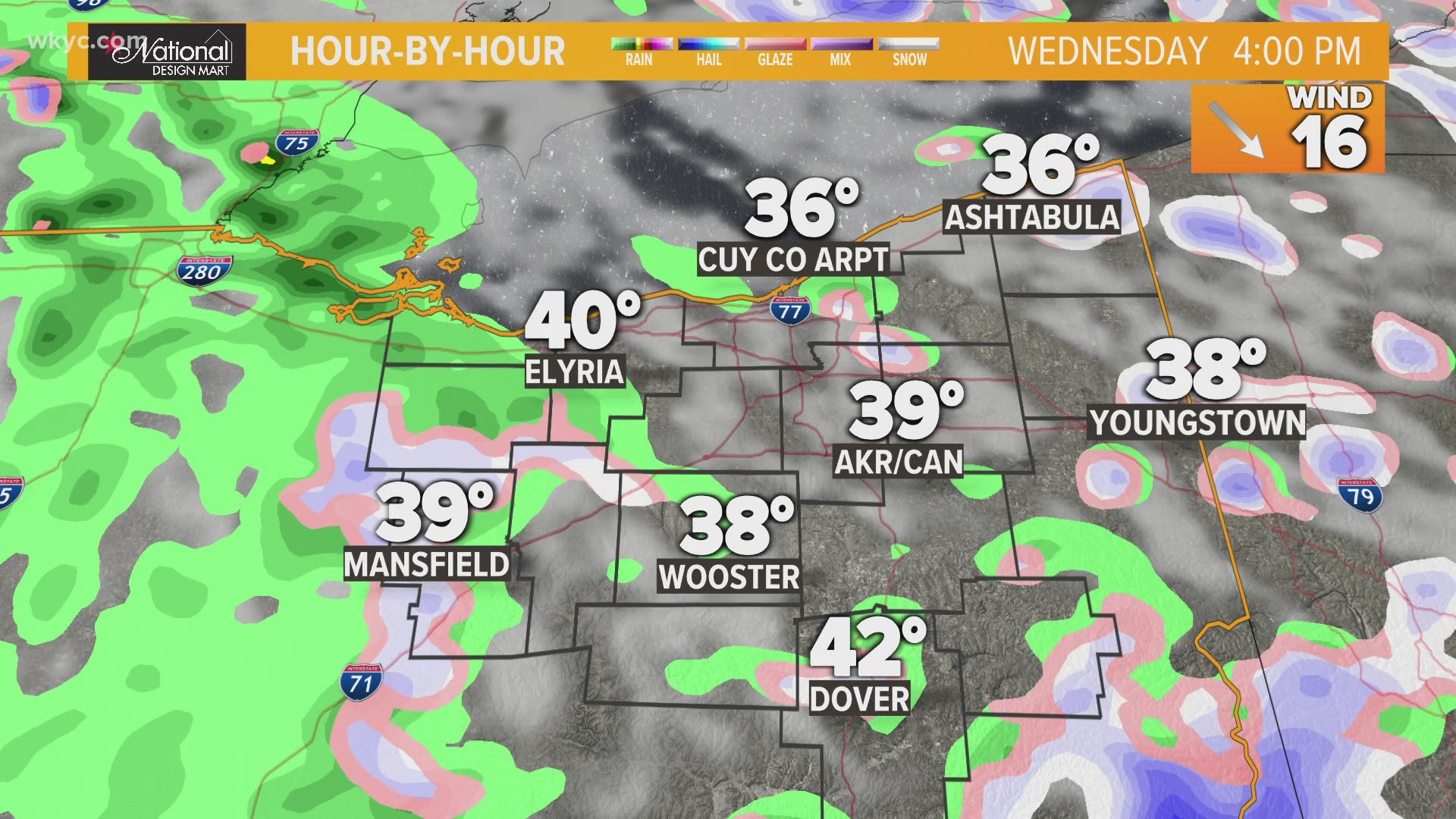 CLEVELAND — Spring officially arrived one month ago, but Mother Nature is briefly bringing us back to winter this week as accumulating snow is set to impact Northeast Ohio.

The National Weather Service has now issued a Winter Weather Advisory for multiple counties throughout the region as the snow approaches.

“We are going to be waking up to snow,” 3News meteorologist Hollie Strano said.

LIVE RADAR: Track the weather conditions in your area

The heaviest snow amounts are expected in areas west of I-71.

“Some of you will see trace amounts, others will see upwards of 2-4 inches. It’s timing and this is going to be an overnight snow into the start of your Wednesday.”

Here's a 5 a.m. update on the weather and road conditions:

Here’s a list of the impacted counties and the timing of the Winter Weather Advisory:

You may want to give yourself some extra time on the roads Wednesday morning.

“Plan on slippery road conditions,” the National Weather Service in Cleveland warns. “The hazardous conditions could impact the morning commute.”

RELATED: Another dose of winter: Send us your weather questions

RELATED: Should you protect your plants during the cold snap?

Editor's note: Video in the player above was originally published on April 19, 2021.