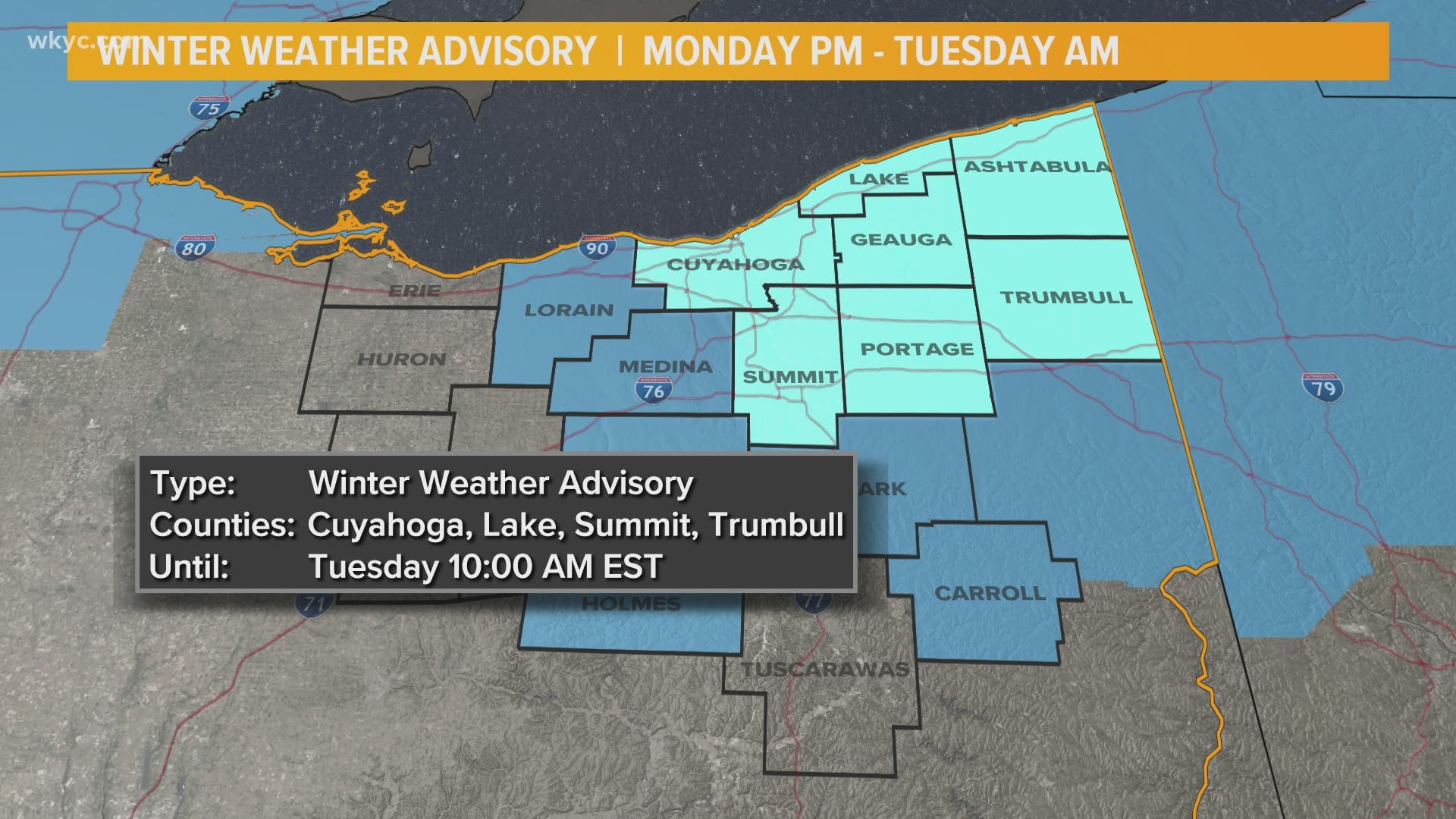 CLEVELAND — A handful of counties were under a Winter Weather Advisory until 10 a.m. Tuesday, but those weather alerts have since expired.

The alerts -- which were originally slated until 7 a.m. -- were extended by three hours by the National Weather Service as a wintry mix of ice and snow made its way through Northeast Ohio.

Below is our coverage of the wintry weather before the Winter Weather Advisory came to an end.

“Motorists should be on alert for black ice on untreated surfaces,” officials with the National Weather Service said.

Here’s how the weather alerts impact your area, as issued by the National Weather Service in Cleveland: