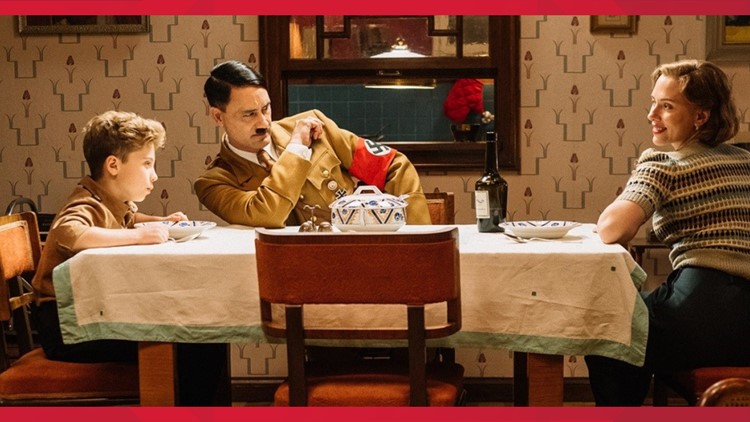 Well, not really, but she might as well have been since her two latest movies finished one-two in voting for the festival’s annual Grolsch People’s Choice competition.

“JoJo Rabbit,” the often audacious and well-promoted “anti-hate satire” from New Zealand wunderkind Taika Waititi, captured the coveted award -- and you probably know what that means. The win now puts this somewhat silly “Rabbit,” released in the U.S. by Fox Searchlight Pictures, into serious awards consideration, since 11 of the last 12 People’s Choices have gone on to earn Best Picture Oscar nominations.

TIFF viewers also embraced “Marriage Story,” voting the film that’s written and directed by Noah Baumbach into the first runner-up spot. Johansson, Adam Driver, Laura Dern and Alan Alda are all already winning praise for their portrayals and critics, at least so far, seem more universally positive about this “Story” than they are for “JoJo.”

Regardless, as we do every year, here are some personal choices:

Favorite film: It says here that the voters got it somewhat right by putting Bong Joon-ho’s “Parasite” into the second runner-up position. The deliciously dark comedy/thriller (and Cannes Palme d’Or winner) is the only one of 33 TIFF films I saw this year that came close to blowing me away.

A convincing trio: “The Two Popes,” another Netflix hopeful, which dissects the positively joyous encounter between the last two pontiffs of the Roman Catholic Church; “Pain and Glory,” Pedro Almodovar’s observations on staying creative while growing old; and the ever-riveting, head-spinning “Uncut Gems,” a genuine New York thrill ride from Josh and Benny Safdie.

RELATED: Stars talk on and off the screen as fans, industry soak it all in at TIFF 2019

Sorry I did: “The Laundromat,” director Steven Soderbergh’s dreadfully dull diatribe on the history of the world’s frazzled finances. Such talents as Banderas, Gary Oldman and even Meryl Streep talk to the camera to no avail.

Actors’ accolades: Since viewing the first trailer from “Joker” months ago, I’ve been telling anyone who might listen that Joaquin Phoenix would be THE Oscar-winner for “Joker.” Though I was shut out of two press screenings here, I remain sure he’ll be nominated for a role that already won gold for both Jack Nicholson and the late Heath Ledger.

However, Jonathan Pryce is so impressive as the current Pope Francis (before and after his ascension) in “The Two Popes” I now have a sneaking suspicion the gifted Welshman will win it all. Some other possibilities from TIFF:  Adam Sandler (“Uncut Gems”), Antonio Banderas (“Pain and Glory”), Eddie Murphy (“Dolemite”) and Edward Norton (“Motherless Brooklyn”).

That’s another wrap for and from TIFF. Please check out tiff.net for a complete list of festival winners and more information on all movies mentioned above.