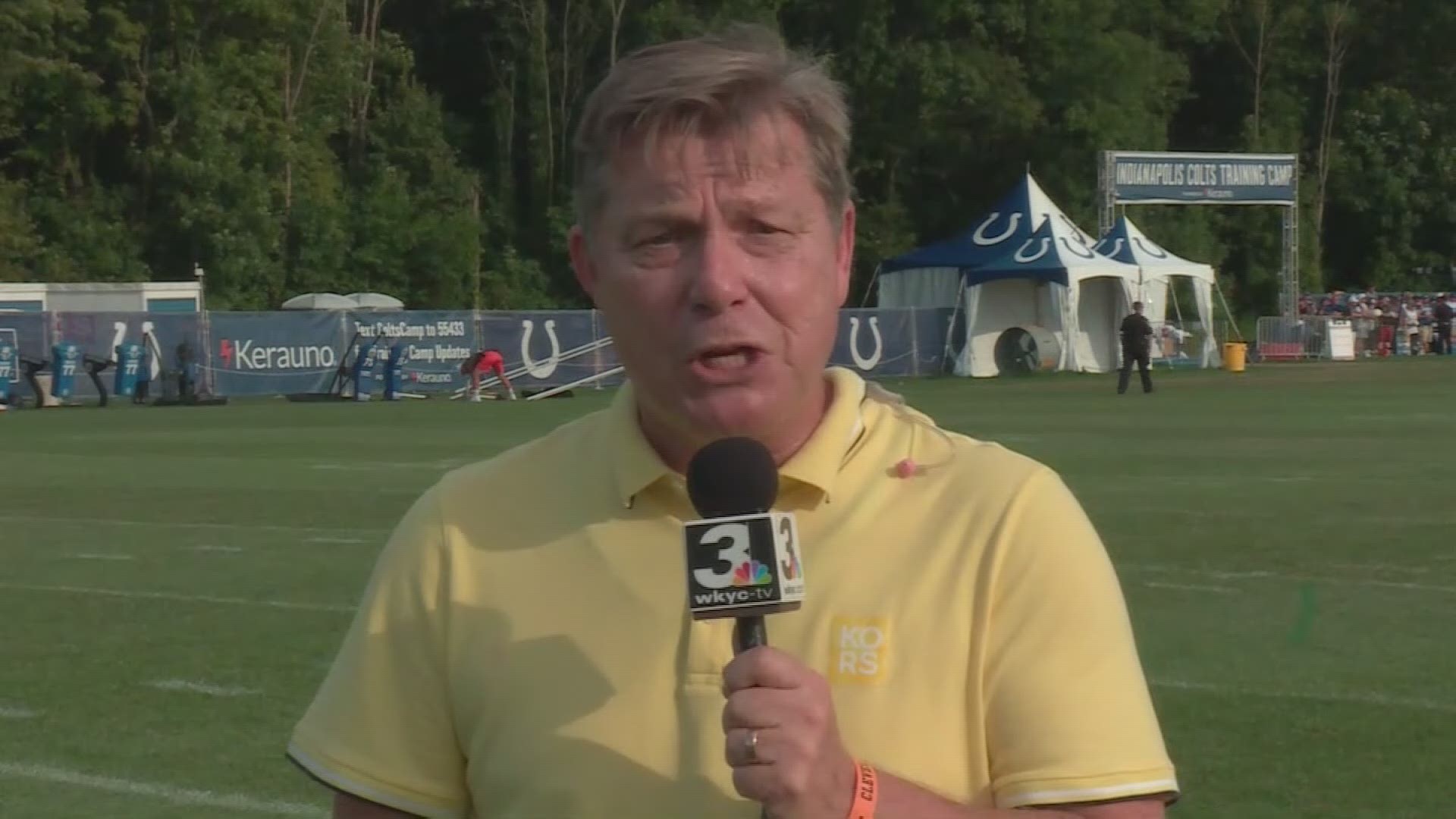 WESTFIELD, Ind. — How did practice between the Cleveland Browns and Indianapolis Colts go on Thursday?

Tempers. Lots and lots of tempers.

Just like the Browns scored with every avenue of their team in last week's win over the Redskins, they fought in all streams of football against the Colts. Offense, defense, and special teams all mixed it up, which happens when you have these kinds of joint practices.

The Browns' offense looked good once again. Baker Mayfield got picked off early, then righted it on a five-play drive as he led the Browns into the end zone.

The play of the day was an amazing run by Nick Chubb, he took an inside handoff and ran 65 yards for a touchdown.

The Browns' defense battled all day. They were aggressive, which is just what the coaching staff is looking for.

The payoff for all of the padded practices that we've seen in Berea, the preseason game with Washington, and these practices in Indiana is that the Browns look ready. They look game-tested, battle-tested, and ready.

We'll see how they look on Saturday afternoon at Lucas Oil Stadium when they play the Colts.

On the injury front, Dontrell Hilliard came up with a hamstring injury on Wednesday and did not practice in the Thursday session. We also wonder if we'll see Kareem Hunt get on the field come Saturday. He got plenty of reps out here on the practice field.