WKYC's Russ Mitchell was inducted into the Press Club of Cleveland Hall of Fame on Thursday evening. 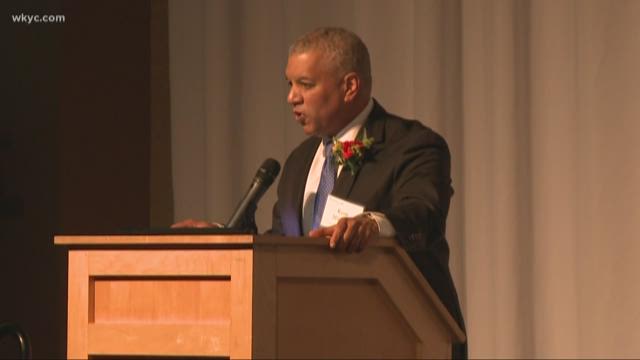 Thursday was a special night for our friend Russ Mitchell.

Many of Russ' colleagues were on hand to take in the festivities at LaCentre Conference & Banquet Facility in Westlake.

Russ was able to catch up with good friend and former WKYC anchor Leon Bibb.

Read Russ' reflections on his induction, including a career-retrospective interview with Dave "Dino" DeNatale from WKYC's Facebook Live by clicking here.