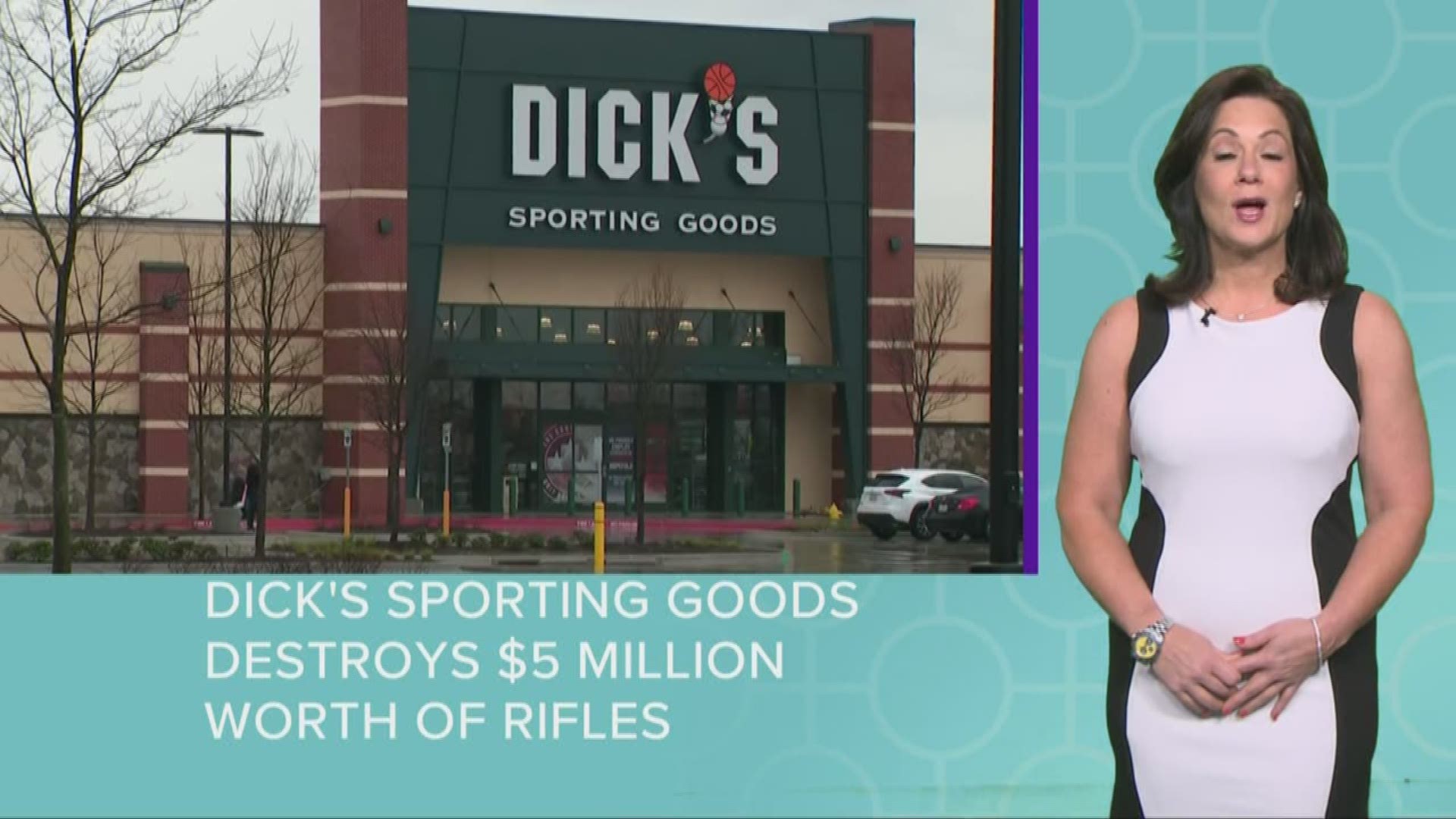 Dick's Sporting Goods is taking aim again at assault-style weapons. The company's CEO says it has destroyed $5 million worth of semi-automatic rifles, instead of returning them to the manufacturer. He says the chain stopped selling the guns after the massacre at Marjory Stoneman Douglas High School in Florida. While the shooter never used it, the CEO found out he bought the gun at Dick's.

RELATED: Dick's destroying all the guns it pulled from its shelves

Toys R Us is coming out to play, just in time for the holidays, all thanks to Target. Starting today, customers who shop at toysrus.com will be redirected to Target.com to complete their sale. Target won't say how they're splitting the profits.

A high school in Milford, Ohio, near Cincinnati, has ditched the titles of Homecoming King and Queen, and replaced them with Homecoming Royalty. That's because the student nominated for homecoming king was a girl. So the school decided to eliminate traditional gender roles and crown her, as well as the teen who got the most votes, as queen. They plan to stick with homecoming royalty in the years to come.