The YouTube video helps to explain the importance of the NFL Draft here in Cleveland in a kid-friendly way. 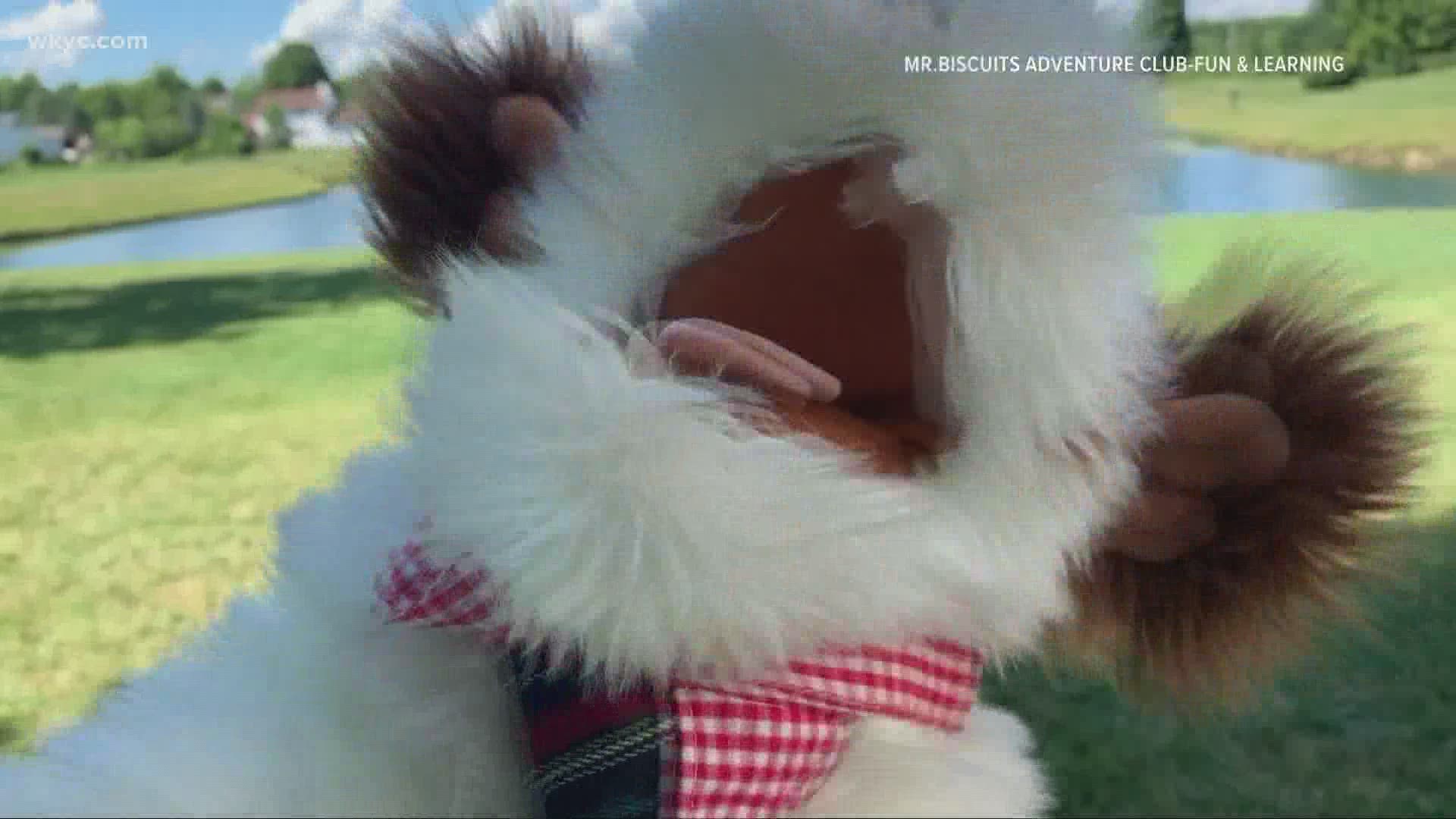 MEDINA, Ohio — *Editor's Note: The above video is from a previously published story.

The stage is set for the NFL Draft here in Cleveland to begin on Thursday, but for children, many may not understand the importance of hosting such a large scale event.

A local teacher from Medina, is helping his students learn abut the NFL Draft and host of other topics with the help of a YouTube character named "Mr. Biscuits."

Rocco Russo, a 7th grade language arts teachers at A.I Root Middle School, is the man behind the "Mr. Biscuits Adventure Club." The Club was born during the pandemic as a way to keep students engaged with virtual field trips.

After six adventures, Mr. Russo's wife, who is also a teacher, asked him to create a song teachers students how to wear their masks at school.

"This was a way for kids to see how easy and non-distracting mask-wearing was as they were going straight to person-to-person," explained Mr. Russo.

The song was a hit and was shown in shown in classrooms across the country.

Seeing the success of the mask wearing video, Mr. Russo has continued to make videos as a creative outlet. So, ahead of the draft, Mr. Biscuits hosted a dog draft at the helmets out on Mall C in downtown Cleveland. The idea of the video is to help make the importance of the draft in Cleveland more relatable to little kids.

According to Mr. Russo, you can expect more videos in the future. Watch the "Dog Treat Challenge Draft" in the player below.