Alex has always had a passion for making people smile, which lends to his dreams of wanting to become a dentist. 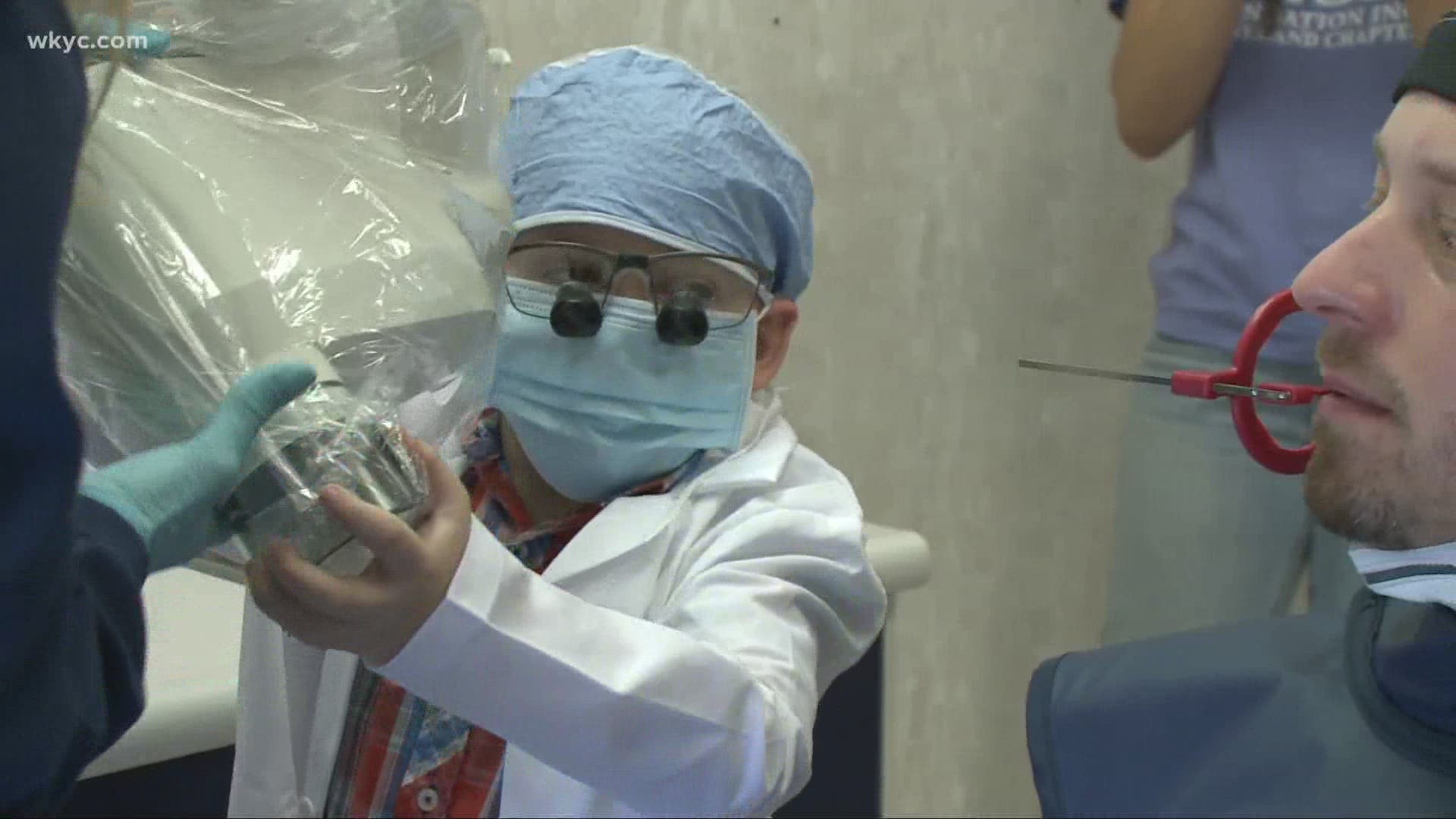 NORTH RIDGEVILLE, Ohio — A 7-year-old North Ridgeville boy had his dream to become a dentist fulfilled over the weekend thanks to the Cleveland chapter of A Special Wish Foundation.

In 2018, Alex Carico was diagnosed with stage four Neuroblastoma. His father, Michael Carico, describes him as “full of life and always wanting to make people smile, even babies."

Alex has always had a passion for making people smile, which lends to his dreams of wanting to become a dentist.  A Special Wish, heard of Alex's story through Facebook and stepped in to make his dreams a reality.

On Saturday, Alex Cario was able to live life as dentist for a day. He was gifted a lab jacket with his name embroidered on it. He was able to shadow a hygienist and help with a tooth filing and x-ray.  At the end of the day, he was also give a plaque and named "Dentist of the Year."

Alex's family relocated from Las Vegas to Northeast Ohio for his treatments at University Hospital Rainbows and Babies Children's Hospital . He is now in remission--which is news that puts a smile on all of our faces.

RELATED: The Dads of 3News reflect on fatherhood during changing times