The potential sentence is not only scary for her, but many feel it doesn't fit the crime. 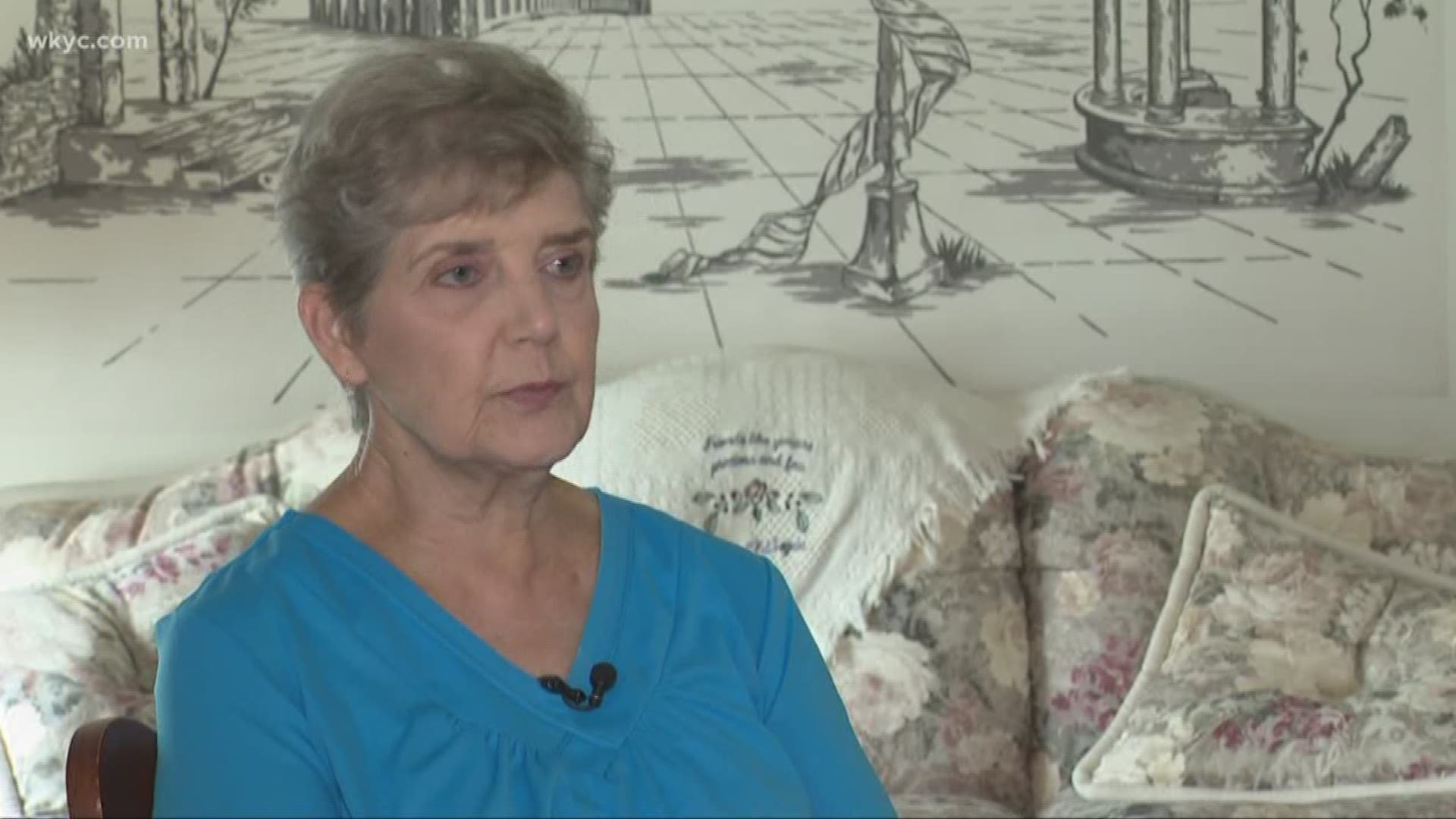 A Garfield Heights woman's big heart for stray cats could land her in the big house, and she says she fears for her safety.

It all started a few years ago when stray cats started coming to 79-year-old Nancy Segula back porch in 2015. Two years later, she lost her two cats and her husband.

She says strays became her comfort and company.

"I guess in a way they kind of make me feel okay, because they're kitties and I like kitties," she said. "And when I see little babies, I think how cute they are and everything."

A few cats turned into 10 at her door a day, waiting for food. They spilled into her neighbor's yard, who called in the warden.

"I'm an animal lover, and I feel guilty that they're wandering around out there and they have nothing to eat," Segula explained. "So I just feel that I need to give them food."

22 cats were removed from her home before the warden's trapping attempts became fruitless. The cats learned how to side-step the traps, and with more cats came more violations from the city.

Segula had four from Garfield Heights, where it is illegal to feed stray cats and dogs under ordinance 505.23. Now, she could be facing 10 days in the Cuyahoga County Jail. She would begin the time on August 11th.

"Just all the stories I've heard about what goes on downtown in that city jail really scares me a lot," she said. "When I think about it, it makes me nervous, it makes my heart start beating. It doesn't seem necessary at all."

Segula's potential sentence is not only scary, but many feel it doesn't fit the crime.

"My daughter that lives in Parma is so totally upset, she says if you have to go to jail I'm going with you," Segula told us.

Garfield Heights Municipal Judge Jennifer Weiler is allowing another hearing next Tuesday. She was off when a magistrate handed down the jail time, and tells WKYC she wants all sides to be heard.

Pet non-profits and shelters want to step up to help give the cats good homes and remove them from Segula's property. The city of Garfield Heights also says local animal non-profit and rescue center Forever Friends is helping to spray and neuter cats that are trapped and eventually rescued.