Hollie Strano dreams up her very own gelato flavor with the family team behind Doozy Pots vegan gelato. 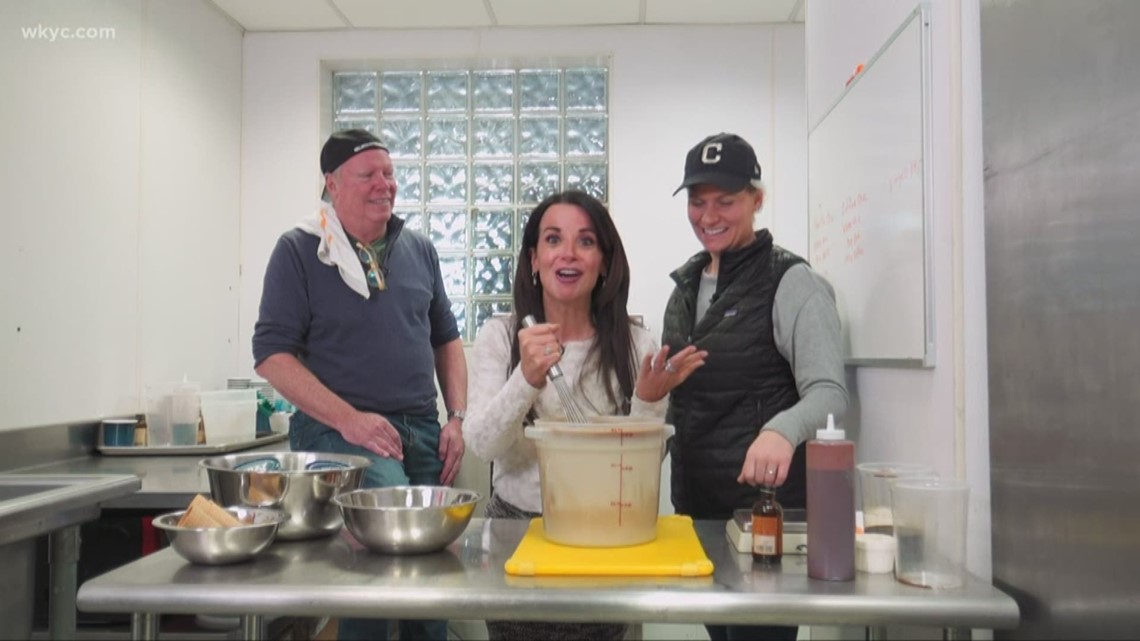 CLEVELAND — Many of us go out of our way to avoid working with family members. But for those who can do it successfully, the reward can be extra special.

That seems to be the case for restaurateur Steve Schimoler, who has been helping out as his daughter, Kirsten Sutaria, and her husband, Karl, launch their Wonderlab's Doozy Pots vegan gelato right here in Cleveland.

In this latest addition of our "Home with Hollie" series, 3News' Hollie Strano met up with the duo to learn more about the recipe for success for their popular vegan gelato.

And it all starts with founder and "Innovator in Chief" Kirsten, who knows her way around ice cream. She immersed herself in the science of ice cream for the last 10 years and used to work at Ben & Jerry’s, where she led the development of their vegan line. When it came time to creating her own product, Doozy Pots was born right here in Cleveland.

So what is a Doozy Pot exactly? Steve and Kirsten explained that the phrase originated from the Italian saying “tu sei pazza” which translates to “thou art crazy!”

And what's in a Doozy Pot? It's delicious plant-based gelato, completely free of dairy, suitable for vegans, and has the added bonus of being lower in sugar and fat.

Hollie had the rare opportunity to create her very own flavor. Watch the video to check out "Hollie's Morning Mocha" and you can even make your very own "magic shell" using the recipe below.

In a small sauce pan, melt 2 oz of coconut oil on low heat

Once the coconut oil is liquid, add in your chocolate pieces and remove from heat. Stir with a whisk until the chocolate is melted and blended well.

Store in a squeeze bottle or small container. If the shell gets firm, run container under warm water to re-melt.

Drizzle over ice cream and watch the magic!