We catch up with Northeast Ohio's own Ghost Whisperer: Mary Ann Winkowski says the pandemic is kicking up the paranormal activity. 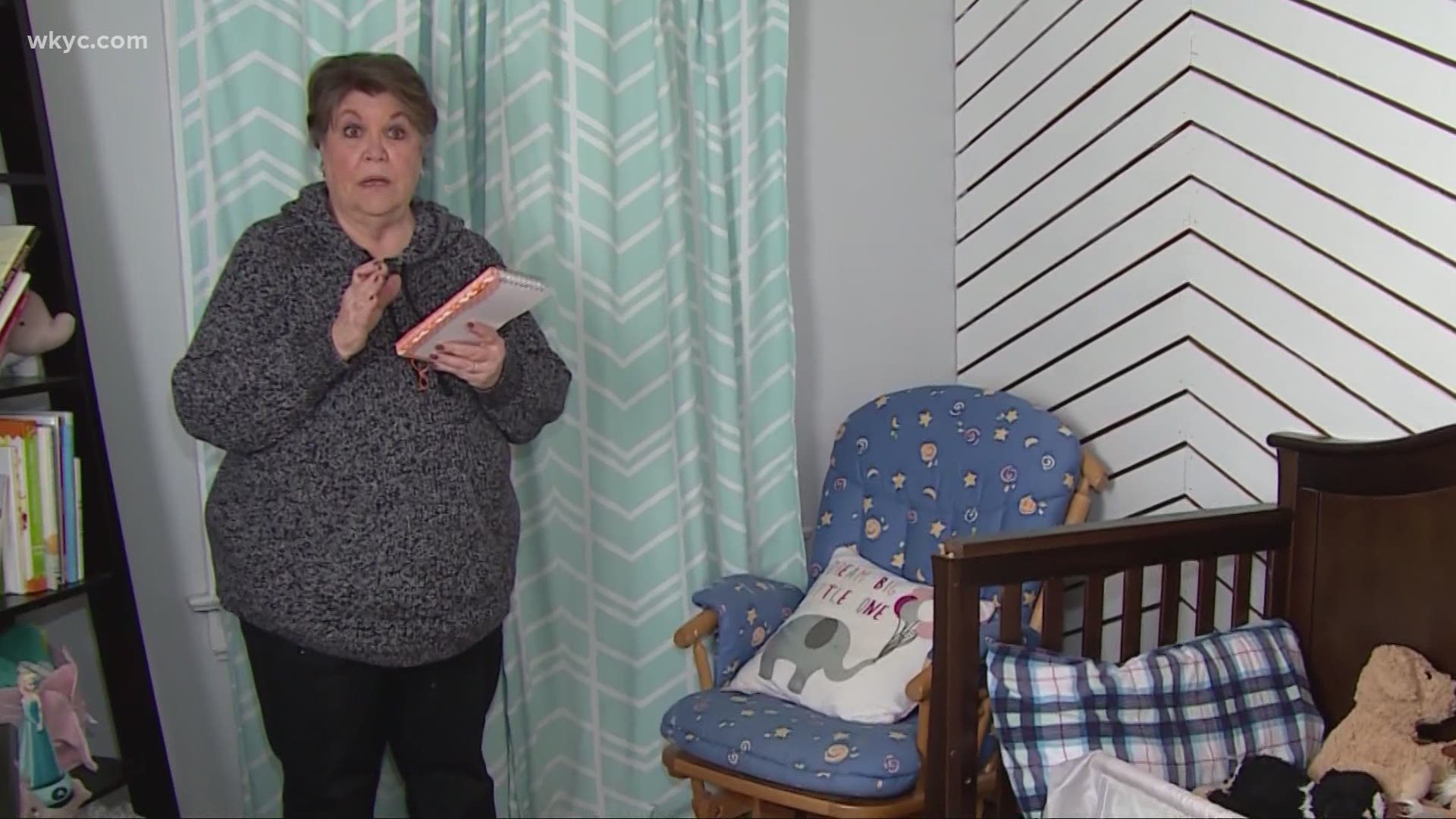 CLEVELAND — Have you ever gotten a creepy feeling, or heard bumps or noises in the night?

We know that there are people who believe in ghosts and people who don't, but for those who believe they've had a haunting, they've probably called Mary Ann Winkowski, the "Ghost Whisperer." In the spirit of Halloween, I chatted with her about why spirits seem to latch onto certain people, and why this pandemic is even affecting the paranormal.

We first caught up with Mary Ann at a family’s home. They say their 3-year old-daughter wasn’t sleeping at night and they would hear pounding. What they couldn’t explain, Mary Ann says she could.

"Well, there's a little guy here, his name is Jimmy," she told them, "When he was alive, he used to hide under his sister's bed. He says he tries to get under here, this bed, but he can't…He likes it that your little daughter can see him, but he's mad that she won't play with him."

Winkowski says she's always had this gift of communicating with earthbound spirits. I asked her, what if someone thinks they have a ghost?

"If you are an adult and you have a ghost in the house, you are going to be tired all the time," she said. "So, it's almost like they're an energy vampire sucking the energy out of you."

Mary Ann says spirits need our energy. They will cause headaches or stomach issues, hang around kids, and cause couples to fight. She says they love high-anxiety situations, and 2020 has been quite the year for increased activity. Because of that, Mary Ann's phone has been ringing off the hook.

So, like the rest of us, she’s turned to Zoom. It didn't take long to realize, this opened up a whole new line of communication.

"They set it up and I sit down and I’m looking at this gal in her kitchen table, and my gosh, there was the ghost standing in the hallway."

Mary Ann says now because she can see these ghosts over Zoom, she can ask them questions to get to know why they are there and what they are after.

This year, Halloween not only falls on a Saturday, but also on a full moon night. Mary Ann tells us that the week before a full moon, Earth-bound spirits are extra active. This October, we’ve had two full moons, so be on the lookout this Halloween for paranormal activity!