Chris Wenzler and Mike Scanlan have been friends for 15 years. So when Chris got sick, Mike literally came running. 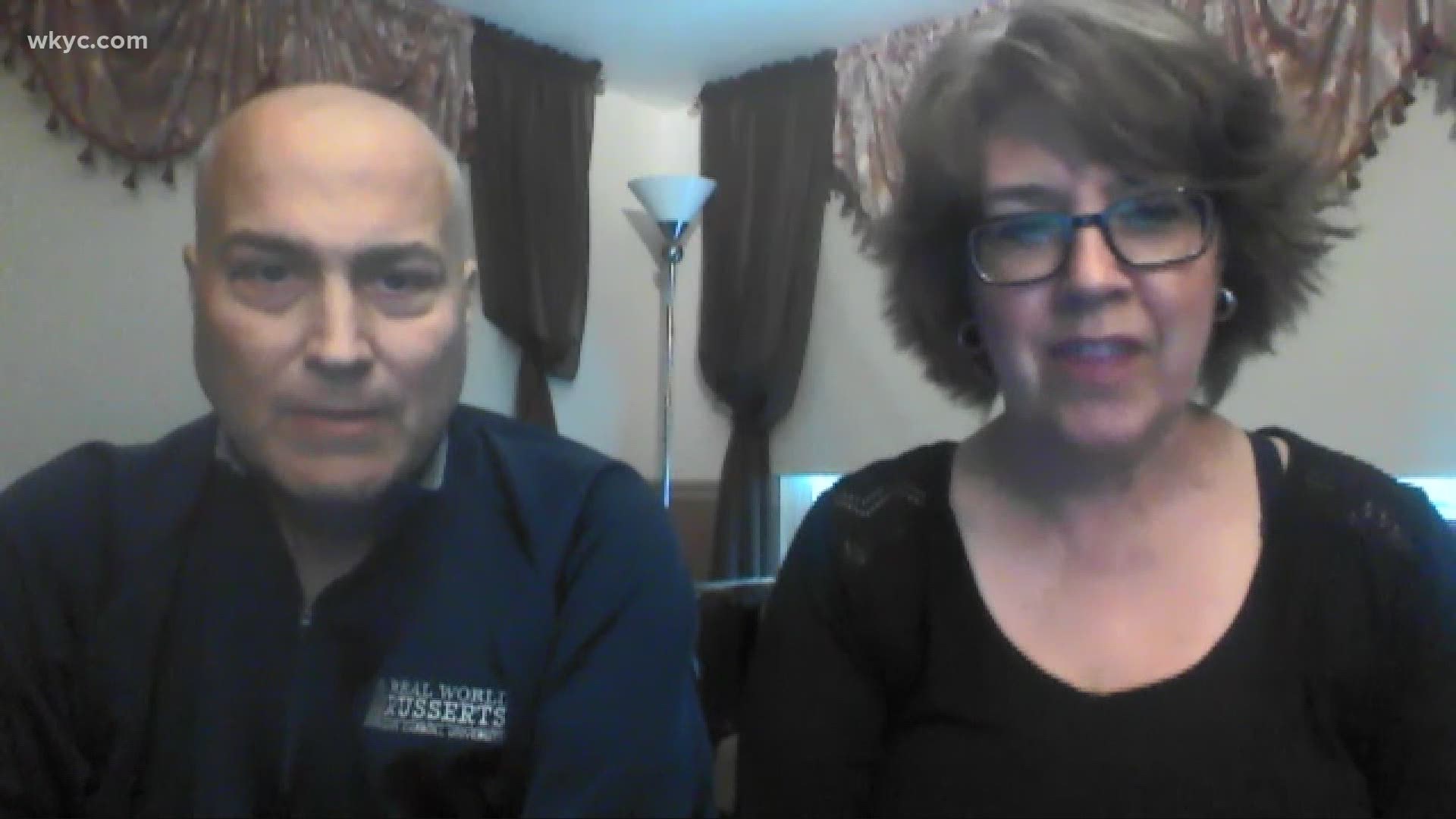 UNIVERSITY HEIGHTS, Ohio — A solid foundation of friendship, built 15 years ago at John Carroll University. That describes the relationship between Chris Wenzler and Mike Scanlan.

Wenzler has been the sports information director at JCU for the last 30 years. During his time, he's mentored more than 300 students who have worked in his office.

One of those students, is Mike Scanlan, now Wenzler's coworker at JCU.

So, when Wenzler was diagnosed with multiple myeloma, an incurable blood cancer two years ago, Scanlan wanted to help.

In January, Scanlan began training for the Buffalo Marathon to raise money for Wenzler's medical bills. That race, of course, was canceled due to COVID-19. But Scanlan still wanted to carry out his commitment. Now, he's running his own marathon right here in town.

For a family who has been through a lot, this gesture means the world.

"A friend of mine said, you know, you reap what you sow. I've been mentoring students for 30 years and also working with student athletes at John Carroll for 30 years. It's nice to know that when I faced my darkest hours, people came out of the woodwork to be by me and support me. And it really means a lot," Chris Wenzler said. "The fact that he still wanted to do it and figured out a way to do it and still benefit us, it's just overwhelming in a way."

Wenzler's wife, Melissa, who also works at JCU, feels overwhelmed by the sentiment, as well.

"It's a pretty aggressive form. But this cancer has picked the wrong family and the wrong group of people to mess with because obviously we have an amazing support system behind us," Melissa Wenzler told us.

"I've always learned a lot from Chris. He's always challenged me to be a better person. I've always wanted to be like him. He gives himself to his students, to his colleagues, to our friends. He's a pretty tough guy to keep down," Melissa said.

The Wenzler's have been married for 28 years. They have two grown children: Madeline, 24, and Oliver, 20.

The whole family has rallied behind Chris during his battle with cancer. They say they're inspired by his strength and courage, especially since Wenzler has continued working through his treatment.

Meanwhile, Scanlan, joined by a few family and friends, will begin his 26.2 miles right in front of the Wenzler's home in University Heights. His route will take him all the way to Bay Village, where his buddy, Chris, plans to be waiting.