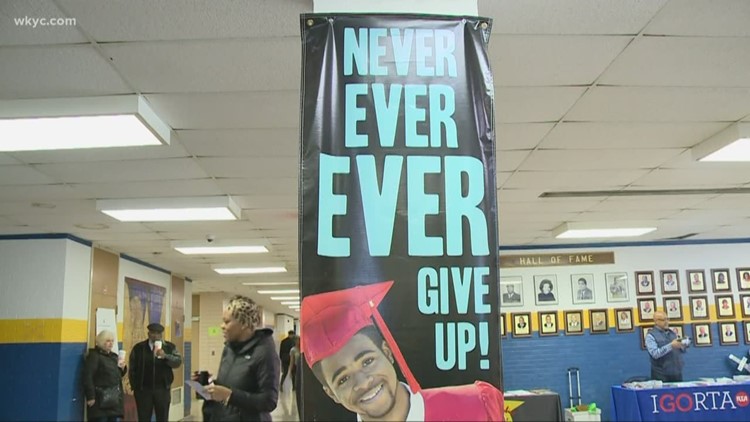 CLEVELAND — Bright minds and big ideas for a better Cleveland. That's the message of Accelerate, a pitch competition aiming to better our town.

It features 30 innovators from around Northeast Ohio. They'll pitch in one of six categories. The winners in each categories get $2,000. The overall winner gets $5,000 to launch their idea.

“These are all grassroots ideas, some big, some small, but they all have a certain insight into something that could be done to make the region a little better," said Jim Ridge, founder of Blazing Paddles.

Ridge is doing his part for the movement. He's presenting Blazing Paddles this Thursday -- a festival geared to liven up Cleveland's waterfront.

“Blazing paddles, paddle fest is a canoe, kayak and paddleboard celebration where everybody can come down," Ridge said. “We will be giving them a chance to go out on the water, whether it’s a two, five, or 13-mile paddle of the Cuyahoga River.”

But there's a deeper meaning -- the river's old reputation, and reintroducing Clevelanders to its vibrancy.

“People recreating on the body of water that used to be synonymous with environmental ruin, but now people see the Cuyahoga River as a place that people can play on," Ridge said. “Cleveland’s waterfront is a driver for that.”

Another pitch at Accelerate: 1,000 Ties. This one is designed for the young men of Cleveland. It's an etiquette program helping them to develop confidence, communication, even using something as simple as a tie.

“I want them to be able to interact with as many young people as possible because that’s the goal, to show them that we care and that we’re here for them and that they have a village," said 1,000 Ties founder, Jowan Smith. “It’s the simple things that you really don’t think about that our children don’t have.”

Smith has been down this road before, winning the education category back in 2017. She's back again -- because the mission is personal. As a single mom, her eyes were opened when her son learned to tie a tie from technology, not from her.

“For my son to have to go on YouTube, I was like, you know, I know he’s not the only young man that had to do this, when we have 44.8% of households in our community that are single-parent households," Smith reflected.

For some of those single parents, 1,000 Ties is an emotional experience, and for good reason. They never learned these skills, either.

“When it got time for the ties, the moms came in the room, too. And, so, there was not a dry eye. They were able to jump in themselves and actually learn for themselves how to tie a tie," Smith said. “I think I said this year that we were going to buy lots of Kleenex.”

Two very different visions, but for the same purpose: Revitalizing Cleveland from the water, to the heart of our town.

For more on Accelerate, click HERE, or watch Thursday's final pitches below: