Using online reviews to choose your next vacation? Not all reviews are reliable

Fake reviews are now catching the eyes of the Feds and the sites where they’re posted. 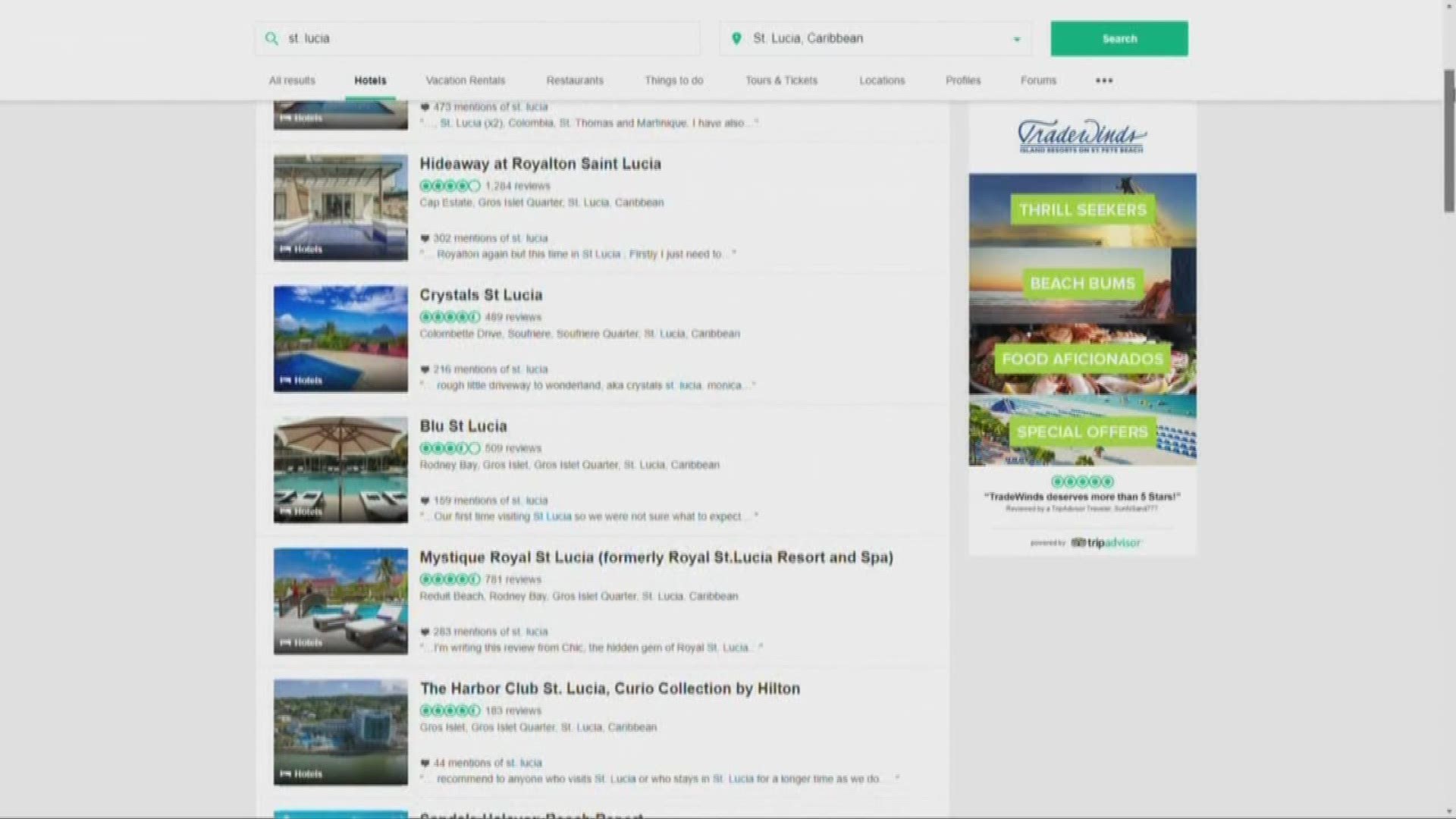 Now that spring break is around the corner as well as summer vacation, many people will turn to online reviews before they make their travel plans. In fact, 80% of consumers say they rely on feedback from other customers. But not all of the reviews are trustworthy.

When a business gets positive comments, it boosts sales. So, a cottage industry has popped up where businesses can "pay" for reviews. Not only does it hurt the credibility of the site where you find them, but it could definitely ruin your next trip.

In fact, Yelp admitted that up to 25% of the reviews submitted are questionable.And a website called Fakespot.com, which uses artificial intelligence to detect fake reviews, reports that about 36% of Trip Advisor’s reviews may be fake.

Fakespot founder, Saoud Khalifah says, "We have a very simple utility where you just paste in the product and the business you're looking at, and we'll grade the reviews from an A to an F."

And reviews mean big business. A Harvard University study found that a one-star rating bump on Yelp can boost a restaurant’s revenue by up to nine percent.

That's why there are websites that barter for positive posts. On one site, $15 can get you 50 positive reviews on Facebook. On another, consumers offer to post fake reviews on Amazon for as little as $5.

Dr. Ted Lappas, who studies online reviews at Stevens Institute of Technology, says, "You basically say, ‘I want this many reviews. Either post reviews for me, or bad reviews for the competitor’s’.”

It's such a problem, that Amazon has filed multiple suits against websites, including one against more than 1,100 people for allegedly posting fake reviews

And the FTC recently settled a case for nearly $13 million dollars with a supplement manufacturer for paying for posts. Although the makers did not admit to any wrongdoing.

"Any message, loud and clear, that the industry can send, that these types of misleading activities cannot be tolerated on platforms, it's an important message for consumers to hear," said Shannon Eis of Yelp.

So, what are some of the telltale signs of fake reviews?

So, next time you’re searching for two tickets to paradise, you better pack a healthy dose of skepticism before diving in.

Trip Advisor declined to comment on this story.  My advice, when buying or booking anything, go to multiple sites and compare reviews. Or just google the business. It will give you a better idea of what you're really getting.