Timmy Hartgate has worked his whole life to reach the Eagle Scout rank. Last month, he did. And, his whole community was there to honor him. 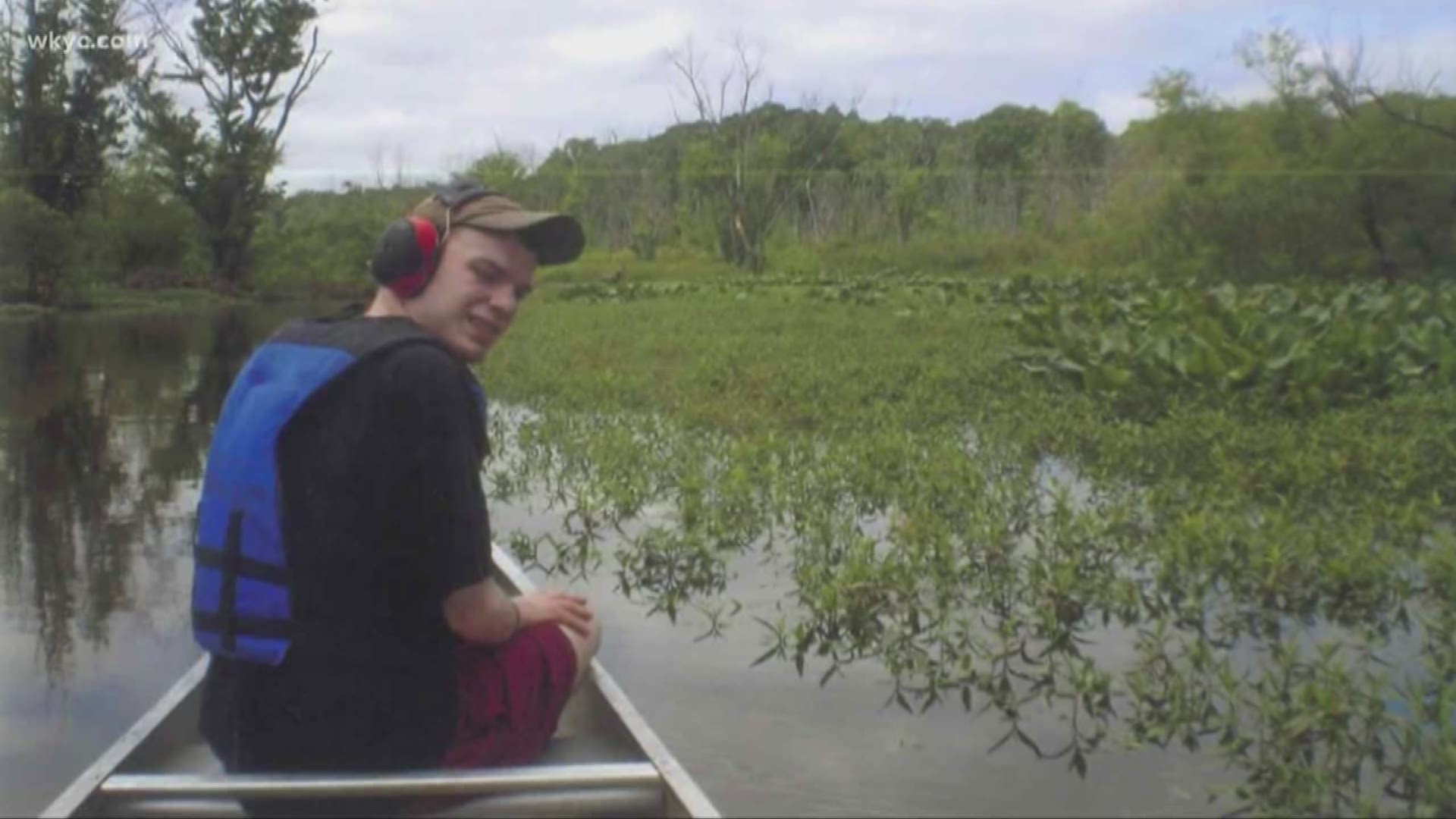 CLEVELAND — Every year, only a small percentage of Boy Scouts earn the prestigious rank of Eagle Scout. One of them is 21-year-old Timmy Hartgate.

He worked his whole life to reach that honor, and his accomplishment is unique because he has autism and is mostly non-verbal.

“To be an Eagle Scout, most scouts it’s like 3-4 percent of scouts nationwide attain the rank of Eagle Scout, so it’s a very unusual honor," Timmy's dad, Ed, said.

In a world where communication is key, Timmy had to find a different way to reach his troop.

“He couldn’t communicate very well, and it was difficult relating or interacting with people," Ed said.

He watched Timmy progress with the help of Cleveland Clinic's Lerner School for Autism. His therapists used a speech-generated device to teach Timmy how to type words, or communicate through hitting pre-programmed replies on his iPad.

“It’s been a great experience for us to watch him learn how to communicate," Ed told us. “They’ve gone out of their way to teach him.”

Armed with new leadership, Timmy was ready for another challenge: Finishing his Eagle Scout service project -- the last step toward that top honor.

He worked with his teachers to help plan and organize the Lerner School's summer field day. One of them, Phoebe Mason, is in awe of Timmy's milestone.

“We programmed on his iPad, all the scouts in his boy scout troop so he’s able to identify them by the pictures on his iPad," Phoebe said. “It was really awesome to see him finally get that award for all that hard work he’s put in. We feel so proud of Tim. We’re happy he’s able to be recognized for his commitment to the scouts.”

A few weeks, ago, that dedication was honored in a special ceremony, just for Timmy.

In the room, Troop 461, scouts that don't see Timmy as being anything but a great leader.

“I don’t think that they really notice. They are aware of his situation, but they are very accepting," Timmy's troop leader Dan, said. “I’m very proud of what he’s achieved and what he’s done.”

Timmy's new Eagle Scout status gave him the wings of confidence to fly through life knowing he can do anything he puts his mind to.

“We’re just absolutely delighted and excited for him. I mean I think he realizes now that there are a lot of things he can do and accomplish despite that disability," Ed said.