He and his wife were devoted to their five children, and could often be spotted in Cleveland watching Jim play for the Tribe. 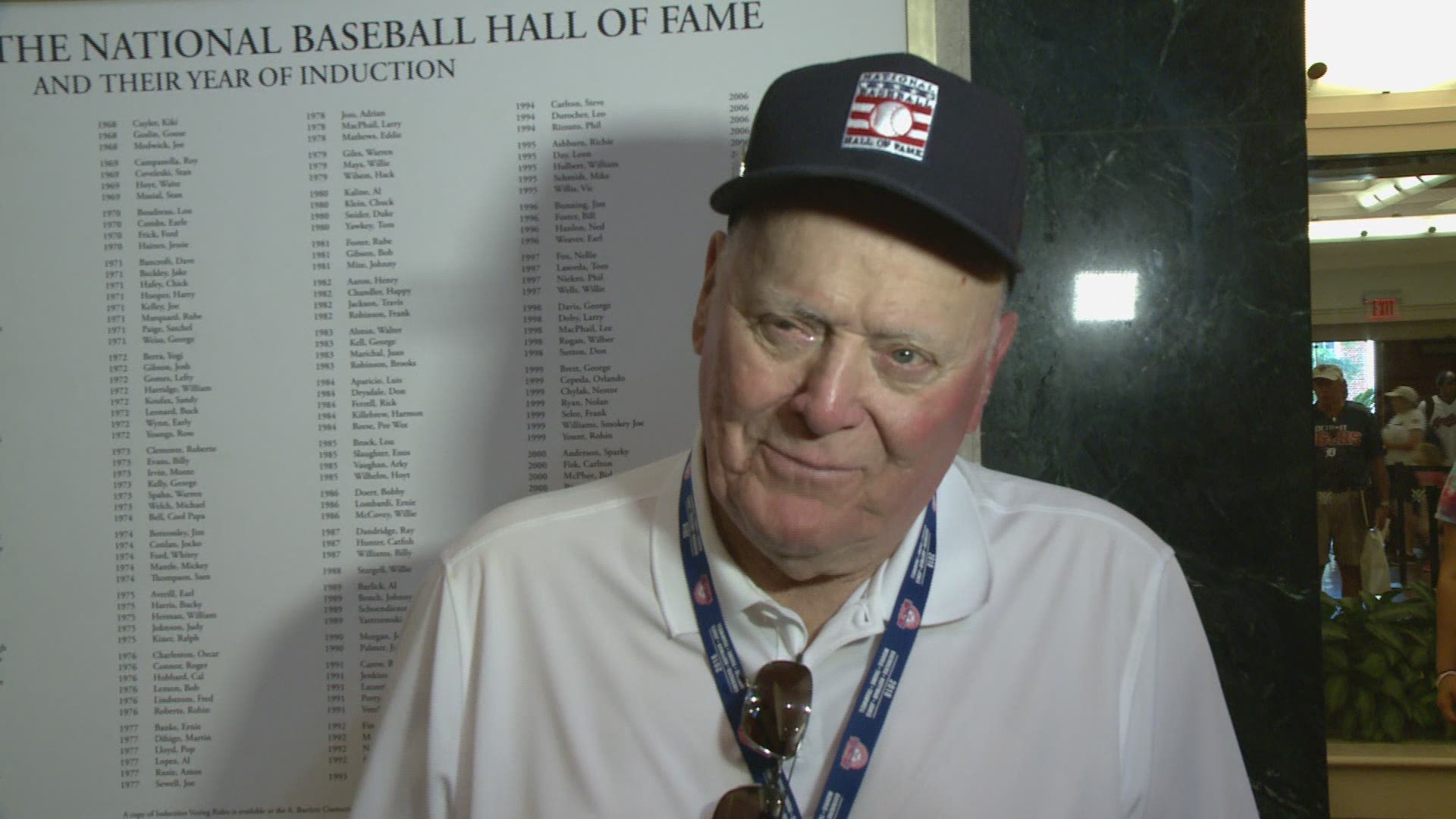 Chuck Thome, the beloved father of Cleveland Indians legend and baseball Hall of Famer Jim Thome, has passed away.

Jim's wife Andrea made the announcement on Twitter Saturday afternoon, calling Chuck "a giant among men." Attached was a photo of Chuck with his wife Joyce, who preceded him in death in 2005.

Chuck made his living building bulldozers for Caterpillar and also played slow-pitch softball. He and his wife were devoted to their five children, and could often be spotted in Cleveland watching Jim play for the Tribe.

Upon Jim's election to the Hall of Fame in 2018, Chuck watched the announcement live from his hometown of Peoria, Illinois. He told the Journal Star he was "just as proud of the way [Jim] treated people as the way he played baseball." Jim's high character and kindness are often attributed to the upbringing he received from his father and the rest of his family.

Later than year, Chuck was on hand for Jim's induction into Cooperstown, even saving an empty seat for Joyce. He later got the opportunity to screw Jim's plaque into the museum gallery.

Following the ceremony, WKYC spoke with Chuck about what it all meant to him (you can watch the interview in the player above). He said the experience was "quite emotional."

"He just keeps climbing," he added. "It [doesn't] get any better than this, believe me."