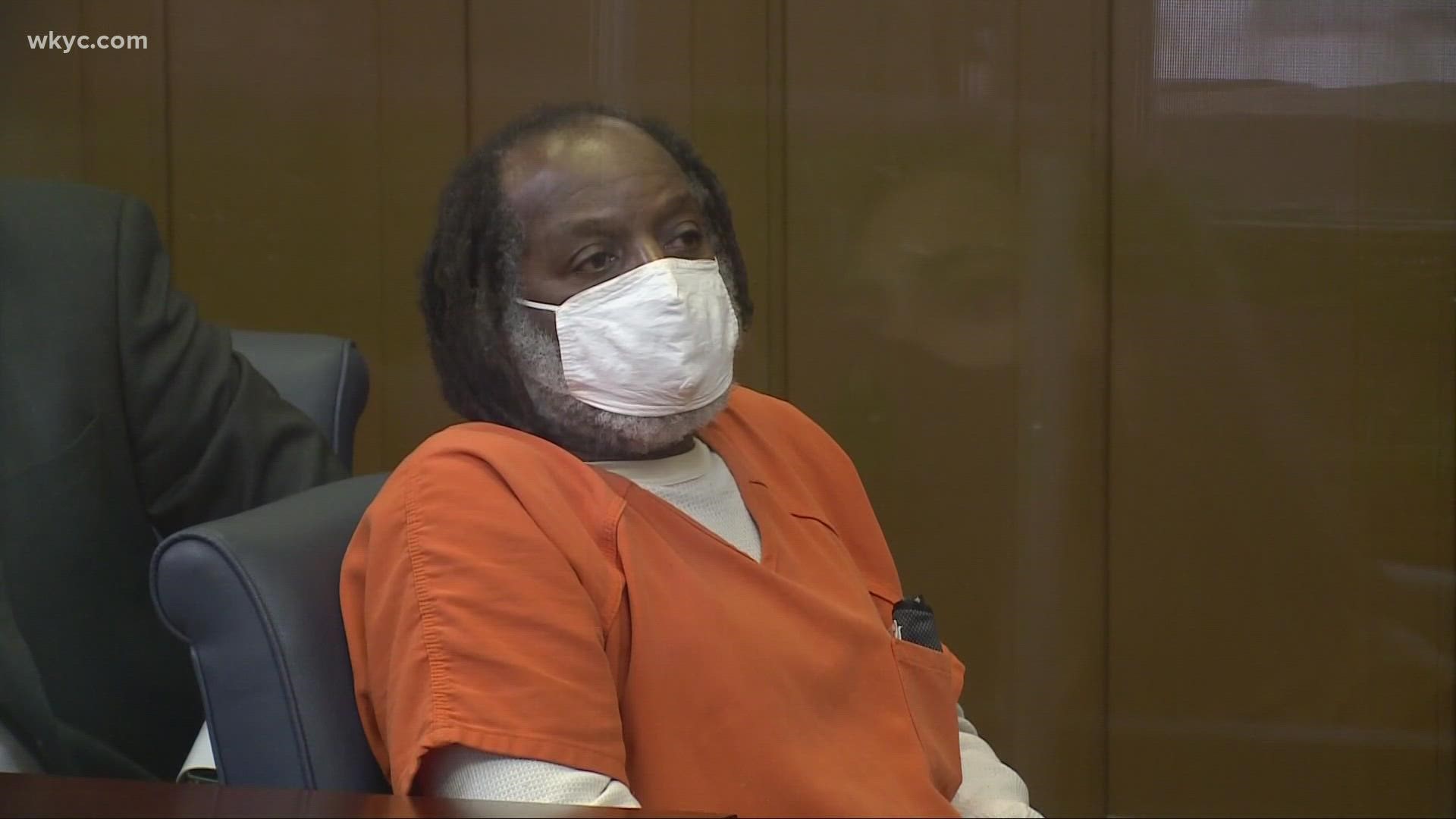 AKRON, Ohio — Stanley Ford, the man convicted of killing nine people in two separate Akron arsons, will spend the rest of his life in prison.

Summit County Judge Christine Croce sentenced Tuesday to nine consecutive life sentences plus 21 years for an attempted murder charge. A jury earlier this month found Ford guilty of all counts of aggravated murder and later recommended sentencing him to life in prison without the possibility of parole. Ford had been facing the death penalty, but jurors could not reach a unanimous decision on whether to execute him.

By law, Croce could not overrule the jury and sentence Ford to die. Still, she became emotional as she issued her official ruling.

"I've looked at this case for 4 1/2 years, and I still struggle," she said. "Many people will see this type of emotion for me as a sign of weakness. I consider it compassion for all of you, because these [murders] are senseless, they're tragic, and completely unnecessary."

The deadly arsons left nine people dead, including a family of seven in May of 2017: Dennis Huggins, Angela Boggs, and their five children in Cameron, Alivia, Kylle, Daisia and Jered. A sixth child, who was 18, was not home at the time of the fire. About a year earlier, a previous fire in 2016 claimed the lives of Lindell Lewis and Gloria Jean Hart, but Ford was not arrested until about a week after the second blaze.

"Since you have to live the rest of your life in jail, I'm very satisfied," Dennis Huggins' mother Denise told Ford, adding she was not in favor of executing the defendant. "Nobody [has] to worry about Stanley Ford doing harm to their family.

Ford, who has maintained his innocence, briefly thanked the families for their statements of forgiveness and compassion but otherwise declined to make a statement. Later, he attempted to interject and "disagree" as Croce issued her statement admonishing him, only for her to vocally shut him down.

"You had an opportunity to talk, you're done," she said. "I have sat on my hands for 4 1/2 years and listened to you rant and rave about how you've been railroaded, ... how they were setting you up, how I was giving signals to them, how I'm on their side when I bent over backwards to make sure you had a safe, effective, and fair trial."

"May each of the families involved in these fire incidents have the assurance that Akron Fire, Akron Police, the Office of the State of Ohio Fire Marshal, and the Summit County Prosecutor’s Office worked diligently to bring justice for all victims," the department wrote.

You can read the entire statement below:

This was Ford's second trial, as the first began in early 2020 but was later postponed by the COVID-19 pandemic before being declared a mistrial. The second round began this past August and lasted about a month before the verdict came in.