A Round Rock man is mourning the loss of his mom who was active in church at in-person services. 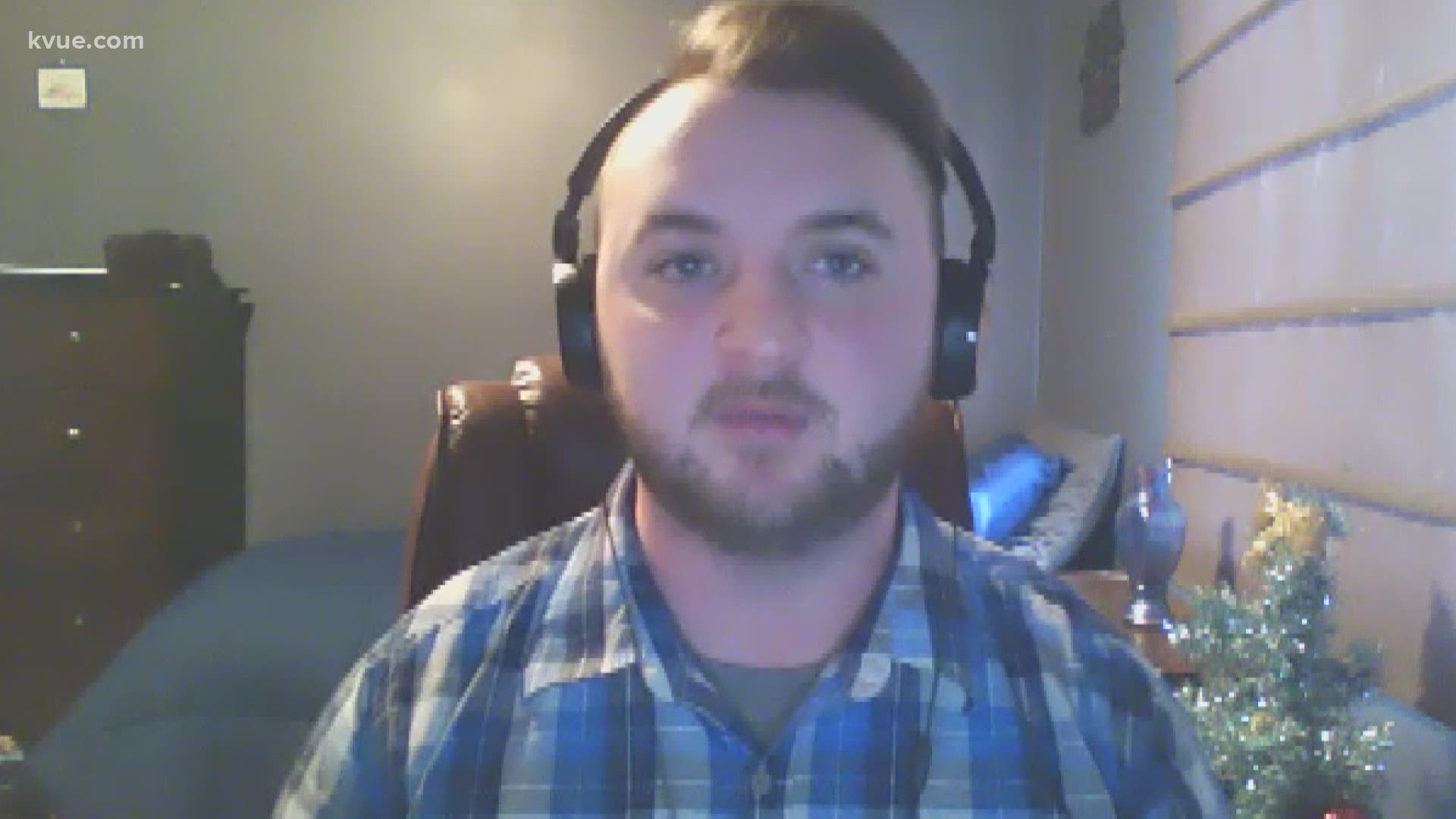 ROUND ROCK, Texas — As some local churches are having large in-person services for Christmas, Round Rock man Zach Bramlett has a message for families to skip out on the annual tradition this holiday season.

Bramlett said his mother had always been active in the church, and she told him she was being careful and getting COVID-19 tests throughout the pandemic.

With her existing health conditions, Bramlett had been worried about his mom attending services.

On Thanksgiving, he got word she was in the hospital after testing positive for COVID-19. His dad got it too, along with more than 20 other church members, including the pastor of the church.

After being on a ventilator for weeks, Bramlett said his mother died at the hospital on Dec. 6.

Now, he said he wants people to know they can still worship without having in-person services.

Bramlett is speaking out after a video went viral on Wednesday night showing a large church service in Austin, which Gov. Greg Abbott retweeted, saying in part, "Who said Austin is locked down?"

NORAD Tracker: How to track Santa Claus this Christmas