The lethal EEE virus has been confirmed in Ashtabula County. 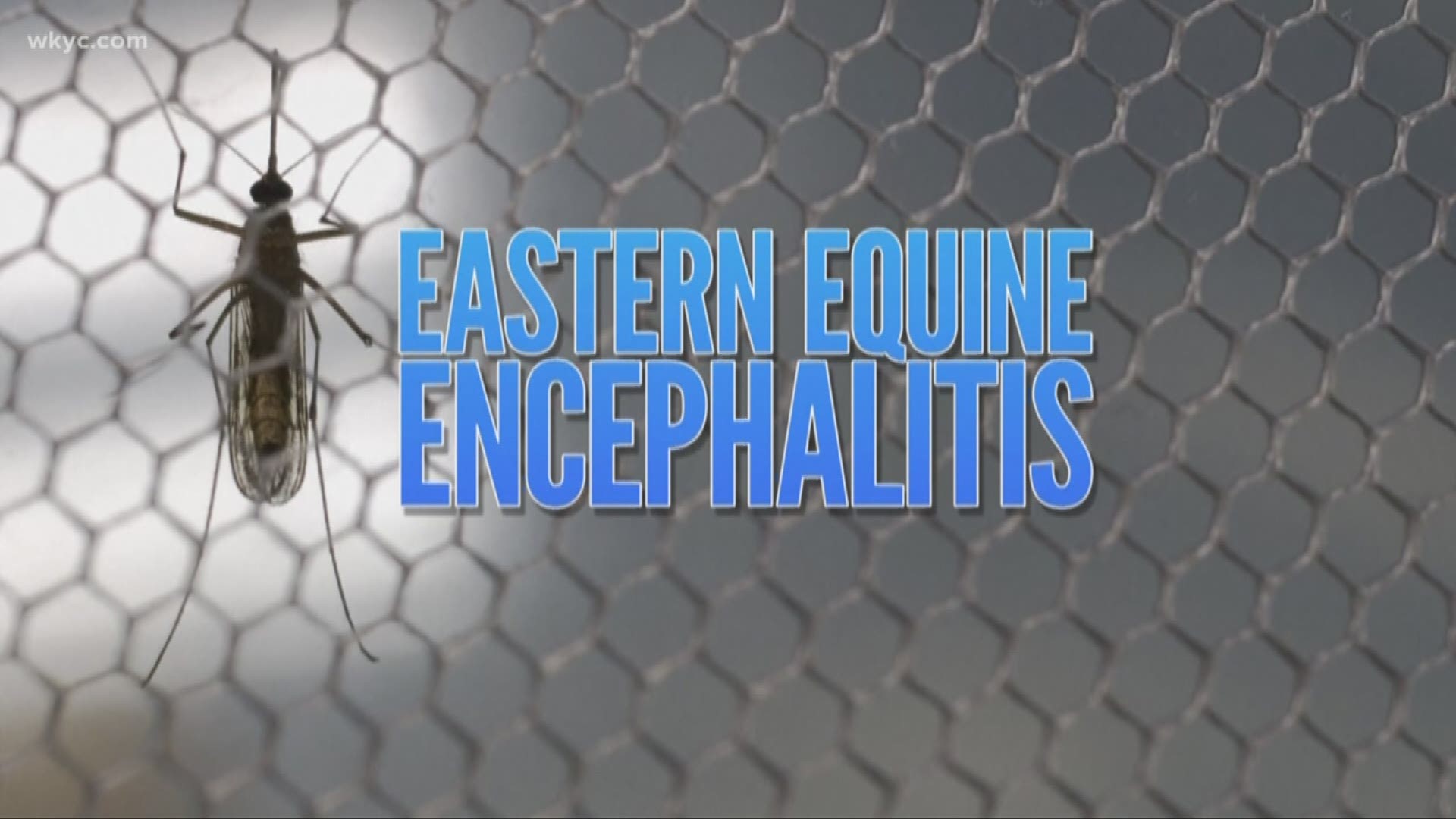 The Ohio Department of Agriculture has confirmed a case of Eastern Equine Encephalitis in a horse in Ashtabula County.

Eastern Equine Encephalitis (EEE) is a rare and lethal mosquito virus that claimed the life of a Massachusetts woman over the weekend. It has also been confirmed in Michigan, where a 14-year-old girl remains hospitalized with the virus.

EEE attacks the nervous system and can lead to encephalitis, or a brain infection. According to the Centers for Disease Control and Prevention, EEE, which is only spread by mosquitoes, kills about 30% of those who contract it. Survivors are often left with severe neurological damage.

The Ohio Department of Agriculture says EEE is usually fatal among horses, which are particularly susceptible to the virus.

RELATED: Health officials on alert as lethal mosquito virus spreads: What is EEE?

There is no vaccine, cure or direct treatment for EEE.

The CDC says EEE transmission is most common near freshwater areas, including the Great Lakes region.

Horse owners are encouraged to contact their veterinarian to ensure their animal's vaccines and boosters are up-to-date.