The delays come amid heavy demand and about one in four NE Ohio postal employees missing work due to COVID-19, a postal worker union leader says. 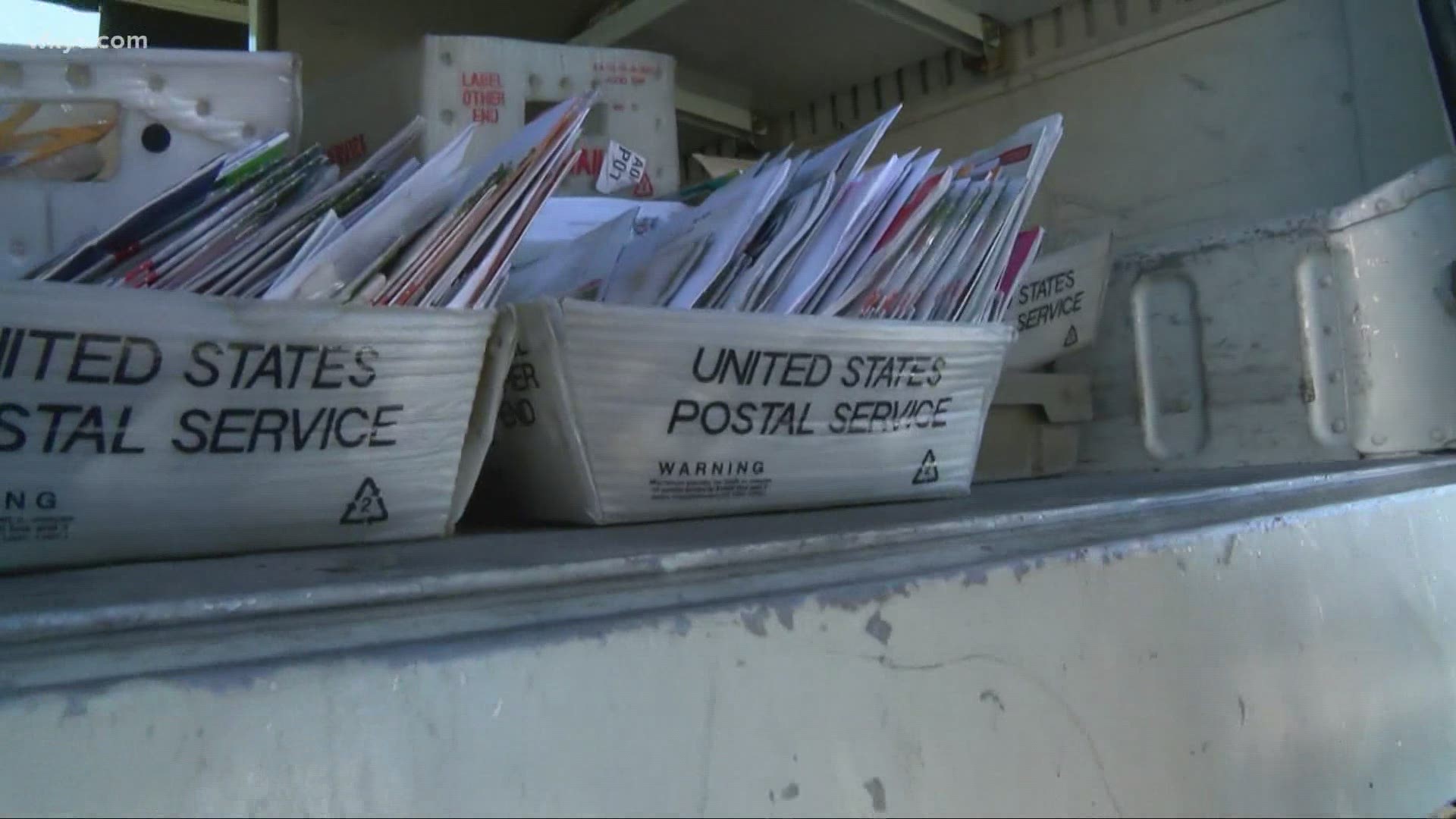 CLEVELAND — Everyone has noticed it.

Something’s been amiss with the U.S. Postal Service.

"The ones in Paris, Alaska and Hawaii made it before any card in Ohio made it," she said. "One said she never received the card, never received it at all. It's frustrating, for sure."

"It's just a scary thing," he said. "It's not life-threatening or anything; it's just very scary. We try to avoid it as much as we can. It's tough, because it's medication and he would have had a seizure."

For Brian Spaeth, co-owner of the web-based greeting card company AgeHams.com, whatever was happening with the U.S. Postal Service caused him to take notice, and pause.

"We were seeing so many problems with the post office, I shut off our ad on Feb. 1," he said. "I couldn't in good conscious sell things to people I knew wouldn't get [them delivered].

"For us, it's a mystery. We never know if it gets there."

Postal delays have hampered Northeast Ohioans for months. Those delays have meant late fee payments for overdue bills as well as missing cards and packages.

Postal carriers have noticed, too, and according to the Cleveland postal workers union, COVID-19 has affected one in four workers in the past year, causing manpower shortages.

Some carriers caught it, others were in close contact. Postal workers were also permitted paid leave to care for school-aged children who were learning remotely. Those figures do not include contract workers, such as truck drivers, who move packages nationwide.

Of the 12,000 postal employees in the Northern Ohio district, 775 contracted the virus, union officials said. Another 189 were self-quarantined, and 1,958 more were quarantined or took parental leave to care for their children.

It's little wonder why Northeast Ohio ranked among the lowest in the nation on-time delivery.

Daleo Freeman, the local postal worker chief, said the impact COVID-19 had on workers is historic.

"It was a perfect storm, if you will," he told 3News. "We've never seen anything like this in all the years we've been around… Unprecedented numbers like we've never seen before."

Area postmaster Rose Spraggins refused to answer questions about the struggles her region has experienced. Instead, she issued a statement:

"The United States Postal Service processed and delivered a record number of holiday packages for the American people under some of the most difficult circumstances we’ve faced in the past century — specifically more than 1.1 billion packages were delivered this holiday season amidst a global pandemic.

"Throughout the peak season, the Postal Service, along with the broader shipping sector, faced pressure on service performance across categories as it managed through a record of volume while also overcoming employee shortages due to the ongoing surge in COVID-19 cases, winter storms in the Northeast, as well as ongoing capacity challenges with airlifts and trucking for moving historic volumes of mail."

Spraggins also said plans were undertaken to combat the issues. Those actions included:

While residents and the media talk about the delays and problems plaguing the USPS, the office itself has done little messaging to the public. More transparency, Freeman said, would help the public understand the challenges the USPS has faced.

Postal workers, however, believe that the worst is behind us.

"I agree totally. There should've been, again, more aggressive messaging on what was really happening," Freeman said. "To be totally [frank], I think told not to message about what was going on truly."

NOTE: The report below originally aired on Jan. 4: