WASHINGTON — By the time Shaquana Bates was loaded up onto the ambulance, she had an impossible, life-or-death decision to make.

"They told me it’s either me or him," she said. "'We got to hurry up and do this procedure.' I felt like they already failed me at home."

That life-saving emergency surgery came too late for Shaquana Bates’ baby boy, Day'Marion, who was stillborn. Bates blames an ambulance delay and the lack of a maternity hospital close to her Southeast home.

"After that last kick there was no more movement after that; that’s why I kept yelling saying, ‘Come on come on!’ and rushing them,'" Bates said. "I’m more in a hurry than they are."

Bates was 32-weeks pregnant with her second child. But this pregnancy was unlike her first. Chronic pelvic pain worried her. She said her doctor reassured her it was just the baby kicking.

"This is my only pregnancy that I had those problems where the baby feels like it’s going to force itself out, or too much rapid movement going on," she said.

"You’re a doctor – you’re certified," she remembered telling her pre-natal physician, "I’m not. But at the end of the day, you know yourself. Can’t nobody tell you about yourself but yourself."

Shaquana Bates shown here in the hospital with her stillborn son, Day'Marion. (Photo provided by the family.)
wusa9

Bates said she was never told she had a high-risk pregnancy, and was only prescribed prenatal vitamins, aspirin and iron to control her blood pressure. So, Bates thought the pain she felt July 6 was just the baby moving.

Until, that one final kick.

"I felt like something was wrong, that’s why I called my grandmother," she said.

Her grandmother told her to call an ambulance. Instead, Bates went home to lie down.

After 20 minutes, her water broke – followed by blood. That’s when her mom called 9-1-1. It was 9:22 p.m., according to a timeline WUSA9 received from .D.C Fire & EMS. The first vehicle to respond to her house was a fire truck – Engine 32 – which is standard procedure. Even though a fire truck can't bring someone to a hospital, D.C. Fire and EMS said three EMTs and a paramedic on that fire truck were trained to assess Bates while they waited for an ambulance.

RELATED: DC 911 changes: Call does not guarantee a ride to the hospital

D.C. Fire EMS said Engine 32 arrived at the Congress Heights house in just under five minutes, That’s "within the Department’s response time goal ... based on National Standards," according to D.C. Fire & EMS. But the ambulance called by the engine company to send Bates to the hospital took 22 minutes. Bates said it's a delay she paid for dearly.

The medical director for D.C. Fire and EMS is now reviewing the case. In a statement, a spokesperson said, "The department shares its sincere condolences about this loss."

"I don’t want to hear that," Bates said. "How can you tell my son you’re sorry?" 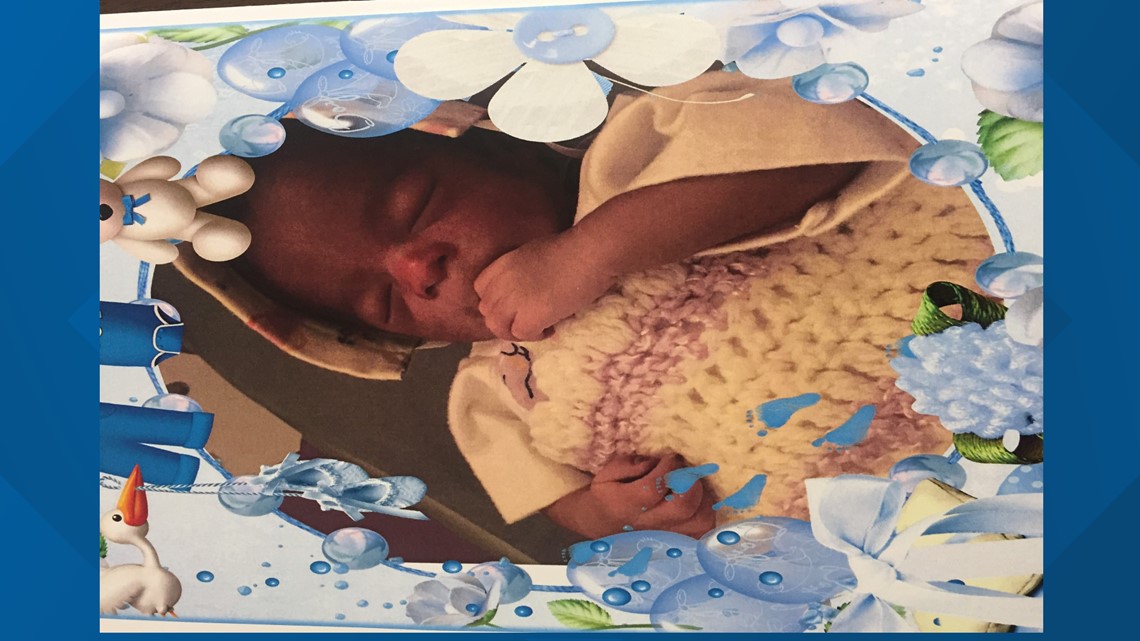 That fire department spokesperson went on to say in a statement that the city’s "Ambulance 12 was the closest available Basic Life Support unit and originally dispatched and traveled to the scene from the central part of the District."

Bates also feels if the labor and delivery unit at United Medical Center was still open, she might have had a chance to save her baby. But UMC’s obstetrics unit was shut down in 2017 after serious medical errors in the care of pregnant women and infants. So, Bates -- bleeding and desperate to know if her baby was still alive -- traveled by ambulance about a half an hour away to Medstar Washington Hospital Center in Northeast. According to her medical records, Bates checked into the hospital at 10:23 p.m. that night – 61 minutes after the first 9-1-1 call for help.

RELATED: DC ‘most dangerous place to give birth in the US' for black women

The non-profit bridges the healthcare gap for expectant moms with D.C.’s only free-standing birth center in Northeast. They also provide wraparound services for women east of the river.

According to the Centers for Disease Control, black women are three-or-four times more likely than white women to deliver early or die in labor.

"I’m worried, now that I’m pregnant and I fit that quote-unquote 'risk,'" Marcelle said. "But we have to also go away from No. 1 -- it’s not race, it’s racism. And, really leaving behind the blame narrative for women."

INTERACTIVE MAP: What side of the Anacostia you're born on can mean a decade or more off your life expectancy

"We really work to put the power back with the woman and her family and used shared decision making in everything and also consent -- making sure she knows she has a say," Marcelle said.

Bates, still grieving for her son and trying to stay strong for her nine-year-old daughter, is still left with questions unanswered.

"I just don’t understand, because everything was so fine," she said. "Heartbeat and everything. And then in a blink of an eye, boom, everything is gone."

Bates was finally told by doctors that Day'Marion didn’t make it because of a rare condition where her placenta ruptured. She is talking with attorneys and considering a lawsuit.