On Friday, Bird Ride scooters made their debut in the downtown Cleveland area. 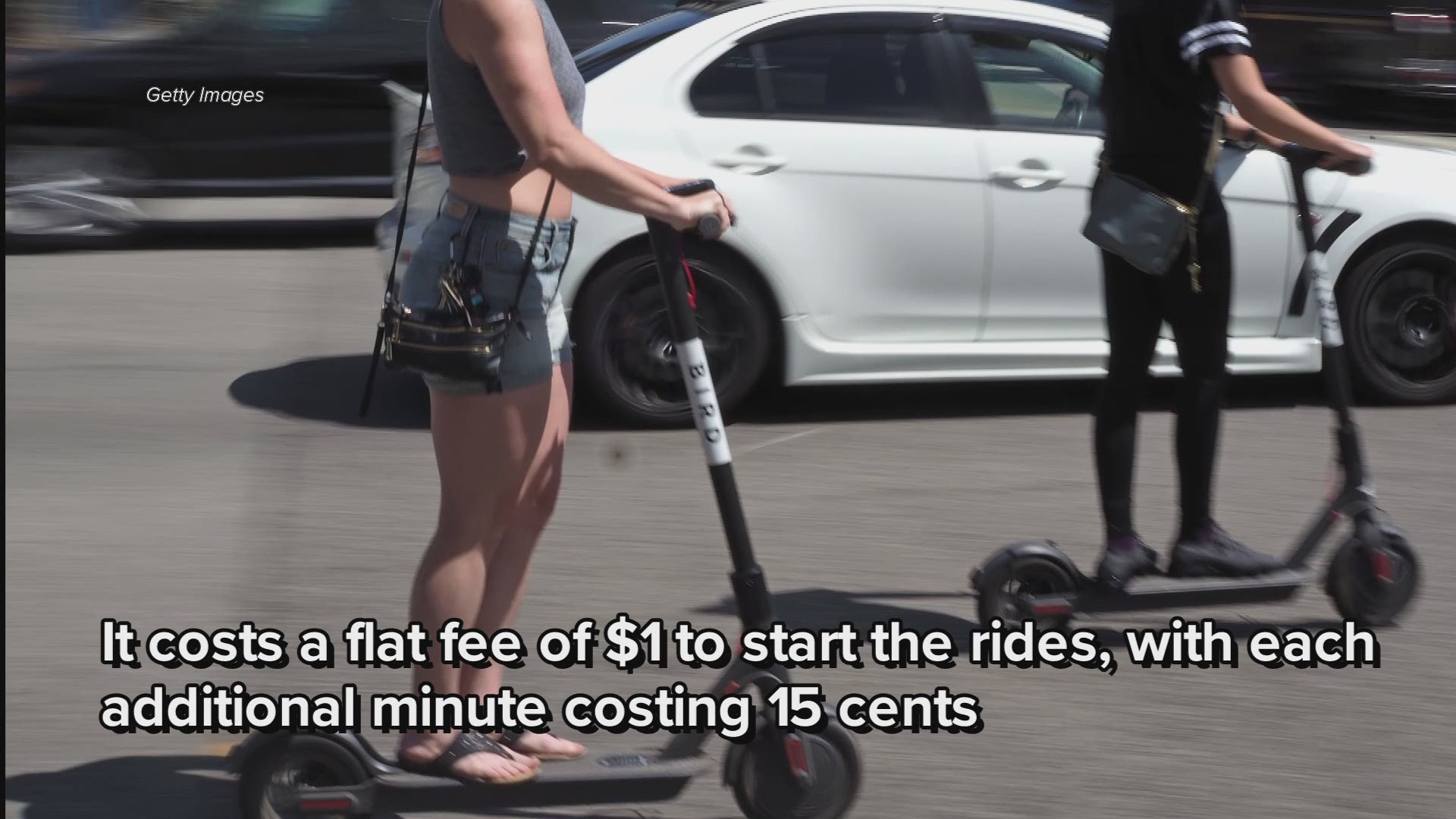 CLEVELAND -- If you noticed more of motorized scooters in downtown Cleveland than usual on Friday, you're not alone.

Bird Ride -- an app that allows users to purchase rides on readily available motorized scooters -- has made its debut in Cleveland, with Cleveland's RTA Twitter account first noticing the wildly popular rides.

Bird.co has a tutorial on how the riding app and scooters work. It costs a flat fee of $1 to start the rides, with each additional minute costing 15 cents.

Bird Ride, which is based in Venice, Calif., has already become popular in Columbus, as well as cities such as Indianapolis, Austin, Charlotte, Miami, Miami, Memphis and Nashville. It now appears readily available in Cleveland, with several scooters being spotted throughout downtown on Friday morning.

You can read more about how Bird Rides work at the IndyStar.

READ | The city of Cleveland sent the following letter to Bird Ride on Friday:

On Friday, August 10, 2018, Sam Reed notified the City of Cleveland that Bird Rides has started a demonstration pilot of its electric, shared-use scooter service in Cleveland, starting with a fleet of 100 scooters in the downtown, Flats, and Ohio City neighborhoods of Cleveland. We have seen these scooters parked unattended on the sidewalks of the City. Please be aware that Bird Rides, its agents, or customers, are not permitted to place property on the sidewalks of the City without obtaining a permit. There are no permits for the scooters placed throughout the City. We believe that you would agree that the placement of unattended, commercial, electric scooters on City sidewalks raises important safety issues that need to be fully explored and properly addressed with the City. Please remove any scooters from the public rights of way, which includes streets and sidewalks, and other public property tonight, August 10, 2018. Based on your representation that the scooters are removed nightly, this should not be a problem. Because your business model depends on the scooters being left unattended on the sidewalks of the City, please do not “reintroduce” the scooters to the public sidewalks or public parks in the morning. Unattended scooters on the sidewalks are subject to removal and impoundment.