A curfew has been issued by the city of Cleveland starting at 8:00 p.m. on Saturday until 8:00 a.m. on Sunday. 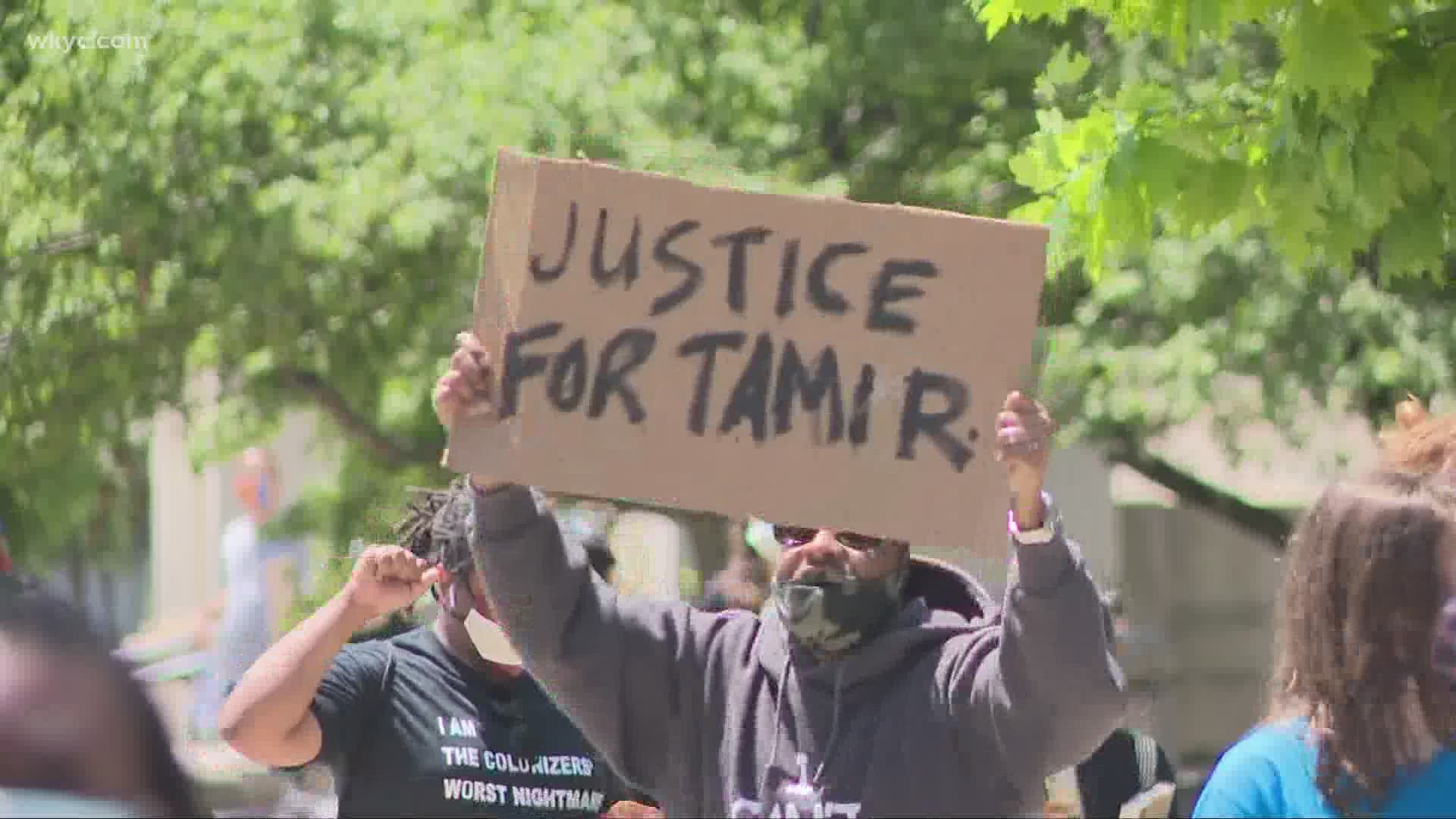 CLEVELAND — What began as a peaceful demonstration in downtown Cleveland turned into something completely different on Saturday afternoon during a rally to protest the death of Minnesota man George Floyd at the hands of police earlier this week.

About 90 minutes into the rally, a group of protestors outside of the Justice Center began throwing objects at police officers, touching off a wild scene that included three patrol cars being set on fire.

Cleveland Police shut down traffic heading into the downtown area as the trouble continued.

Saturday's event was organized by Black Lives Matter Cleveland, who had stated on social media prior the rally, "If you are coming to antagonize, agitate, or disrupt don't show up."

“Every breath we take is precious, especially during this time,” Black Lives Matter Cleveland officials said in a press release. “To see the life choked out of our kindred brother #GeorgeFloyd as horrific and horrendous as it was, it’s a constant reminder that the color of our skin will always be weaponized against us. It’s a constant reminder that black lives don’t matter in America when you are presumed to be a criminal.”

1 / 14
Mark Naymik, WKYC
More than a thousand people demonstrated in downtown Cleveland on Saturday, May 30, 2020, in response to death of George Floyd, who was killed last week while in handcuffs by a Minneapolis police officer. This is what the demonstration looked in the early afternoon, before some people clashed with police. In the evening, a group of people smashed windows and looted some downtown stores and restaurants.

On Friday, Cleveland Mayor Frank Jackson and Police Chief Calvin Williams said the support people’s right to protest Floyd’s death. They said police welcome the demonstrations but will not allow people to become violent or destructive. The pair also issued this joint statement.

“As African American men and leaders, we understand the outrage expressed across the country and locally. Citizens have a right to exercise their First Amendment rights to free speech and assembly.

The City of Cleveland has experienced incidents over recent years which have brought people into our streets in peaceful demonstration. We are proud that demonstrations in Cleveland have largely remained peaceful. Our officers acknowledge and respect citizens’ rights and will take the necessary steps to protect those who choose to demonstrate. We request - for the safety of demonstrators, residents of the areas where these gatherings may occur and our officers – that demonstrators assemble lawfully. We expect that those who choose to demonstrate do so, as they have before, in a way that respects our city.

This is a unique situation, as demonstrators will be gathering during a pandemic. We strongly encourage anyone planning to demonstrate to wear masks and properly social distance. Our officers will also be wearing personal protective equipment.”

The city added this tweet on Saturday prior to the start of the demonstration.

Demonstrators marched, stopped traffic and in some cases lashed out violently at police as protests erupted Friday in dozens of U.S. cities following the killing of George Floyd after a white officer pressed a knee into his neck while taking him into custody in Minnesota.

RELATED: More National Guard members to be called up after 4th night of Minneapolis unrest

Protests have taken place in Columbus in each of the last two nights and have resumed on Saturday near the Ohio Statehouse.