Browns Head Coach Kevin Stefanski and NFL Commissioner Roger Goodell were among the speakers during the groundbreaking ceremony. 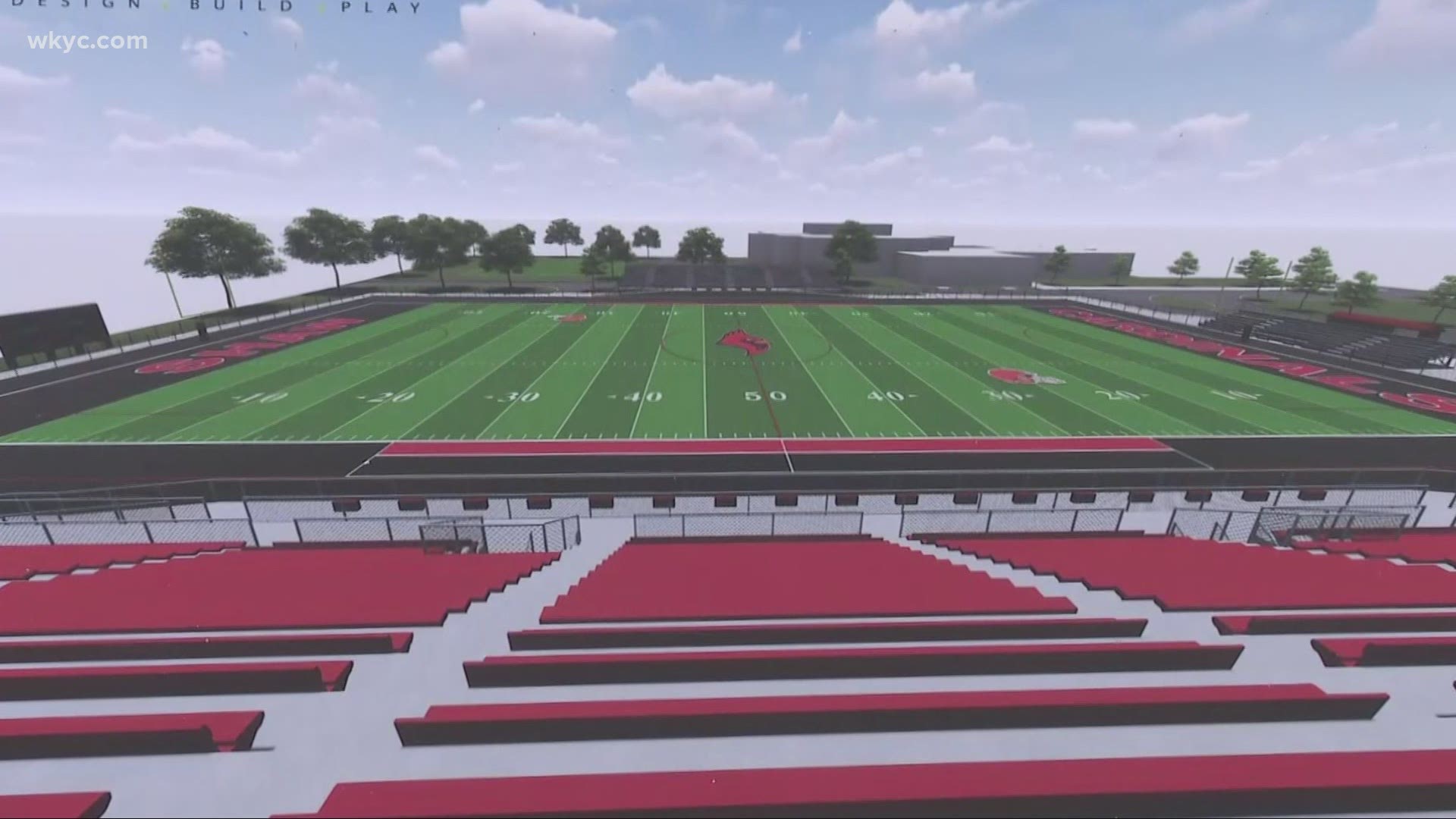 EAST CLEVELAND, Ohio — As the eyes of the NFL world are on Cleveland this weekend for the 2021 NFL Draft, the Browns took a few moments to give back on Friday with a special field groundbreaking ceremony at Shaw Stadium in East Cleveland.

The NFL Network's Chris Rose, a native of Cleveland, served as the master of ceremonies.

Shaw Stadium will mark the 10th high-quality synthetic turf field installed in Northeast Ohio by the Browns, courtesy of the Haslam and Johnson families and Browns Give Back, since the team’s field initiative launched in 2016.

All of the new fields constructed through the program are lined for multiple sports, in addition to football, and serve as a resource to further engage students throughout their respective districts. Given the stability of the surface and less maintenance needed compared to natural grass, the fields are also more readily available to youth and community group, as well as the respective districts.

"It's a kids' game," Stefanski said during his remarks. "The memories that you form back here (Shaw Stadium) are life-long. You ask any of our players and their favorite memories are always back to youth football."

Specific to Shaw Stadium, the Police Athletic League’s East Cleveland Chiefs will be among the organizations who will once again have increased access to the facility for its programming due to the renovation.

East Cleveland City Schools is a partner district of the Cleveland Browns Foundation’s “Stay in the Game! Keep Learning, Every Day!” Network. Through the program, the Browns also distributed $350,000 to East Cleveland last season to address educational needs related to the digital divide as part of the NFL’s Inspire Change grant initiative.

In 2016, the Haslams announced a commitment to provide five Cleveland Metropolitan School District fields with high-quality synthetic turf through a two-year project. Roye Kidd Stadium, James F. Rhodes Stadium and Bump Taylor Stadium were renovated prior to the 2016 high school football season, while John Adams High School and John Marshall High School were updated prior to the 2017 campaign.

The Browns donate all of the team’s net proceeds from items purchased in the Browns FirstEnergy Stadium Pro Shop to support Browns Give Back’s commitment to education and youth football, including to benefit educational initiatives and additional neighborhood fields projects.

You can watch the ceremony in the player below: