#WhoIsJeny? No one seems to know - yet 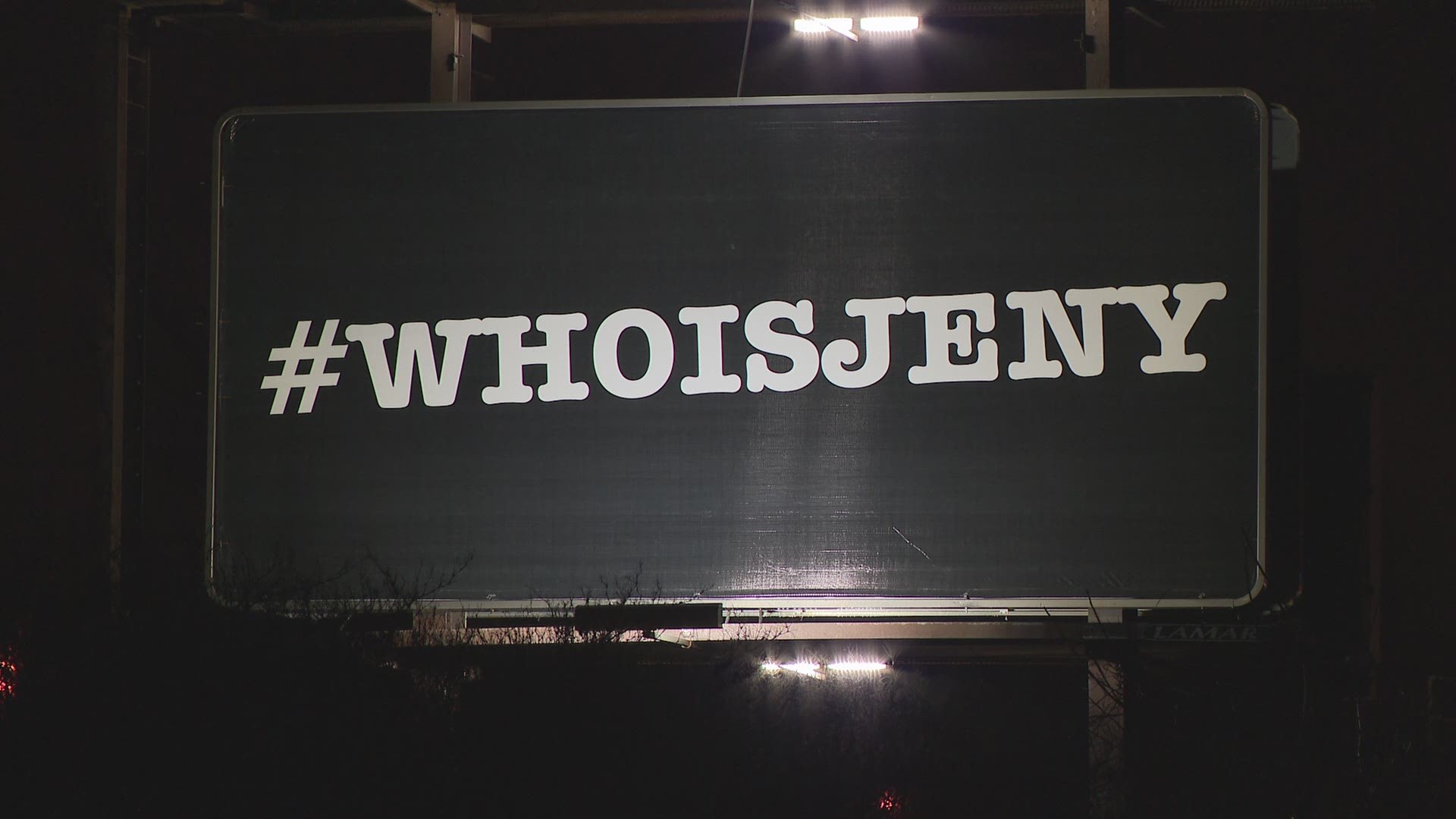 "#WhoIsJeny - billboard along I-77 before the Independence exit and I-480 split. Only says that and nothing else. Some sort of viral marketing campaign?"

And for the past week, everyone has been wondering the answer to the question of #WhoIsJeny? Billboards have popped up all across the Cleveland area, but no one seems to know.

An Instagram account @whoisjeny exists. However, it has not been able to provide any definitive answers as of yet.

Last week, the #whoisjeny hashtag was seen at a Heinen's in Brecksville near some Jeni's ice cream.

However, the ice cream company has no affiliation with #WhoIsJeny!

So we know it's not ice cream. In fact, the Instagram account has put the #WhoIsJeny signs next to other 'Jenny' spots across Northeast Ohio just to keep everyone guessing!

Is it a radio show-gimmick? Is it a new business coming to town?