Richie Webber is 7 years sober and has already started a 6-month journey to all 50 states promoting recovery and mental health awareness. 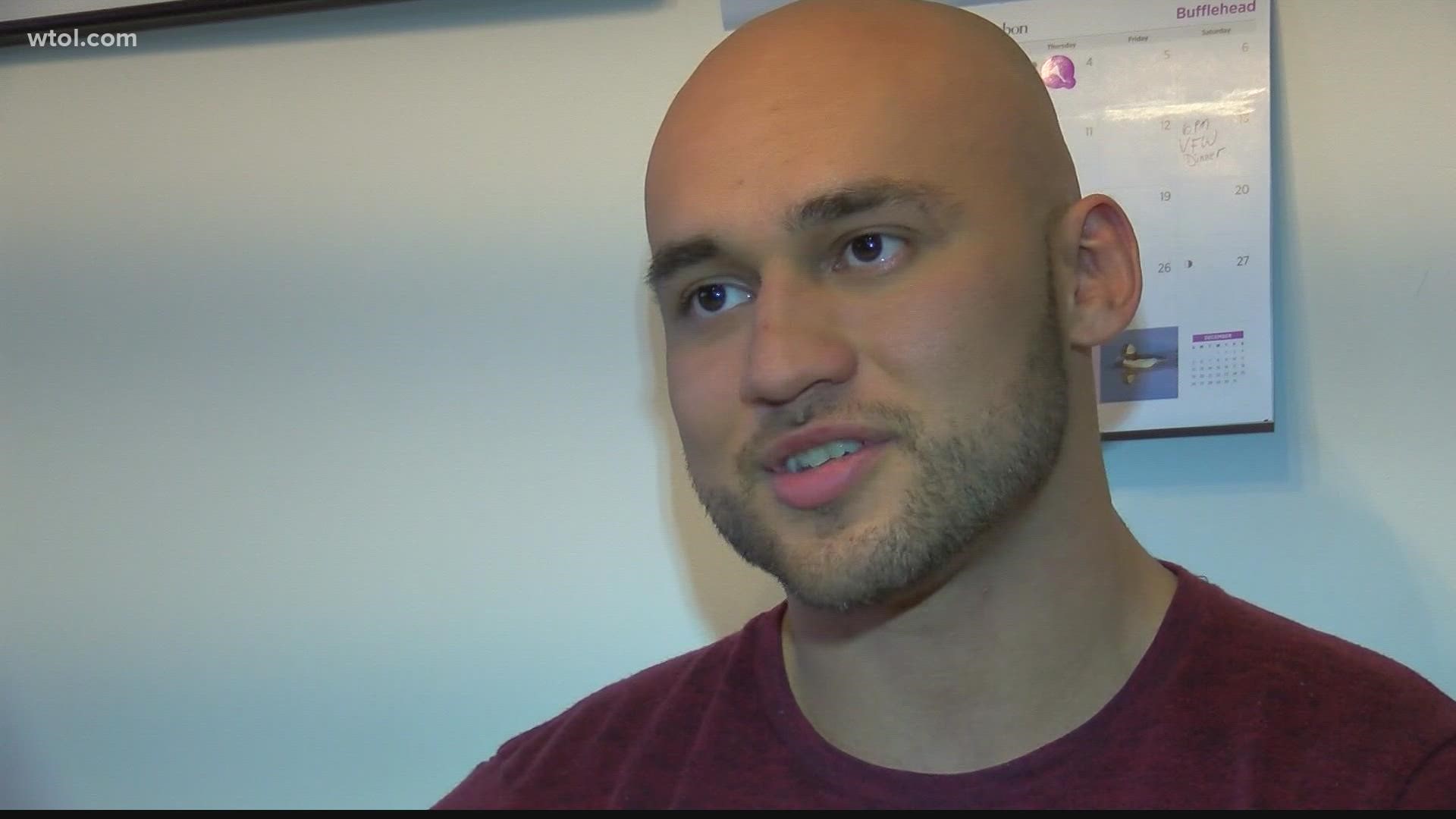 CLYDE, Ohio — With seven years of recovery under his belt, a Clyde native is sharing his story of addiction, treatment and recovery in all 50 states.

Richie Webber sat at his mom's kitchen table using his most powerful tool to connect with people struggling with addiction: his phone.

With nearly 220,000 followers on Facebook, he shares stories of his, and others', success.

Recently he took those stories on the road beginning a six-month-long, 50-state mission.

"I'm meeting up with other recovery advocates across the country, some of them have large social media followings like I do, and then I'm also meeting up with local law enforcement, judges, other advocates themselves and their parents," Webber said.

Eight states in, he's home for Thanksgiving, thankful for the experiences he's already had. And extra thankful he was able to help a mother connect with her son.

"People would basically pay him to get high and do these stunts on camera that would put his life at risk, and she felt that I was the only one to get through to him. So I met with him, talked to him and convinced him to get treatment," Webber said.

WTOL 11 spoke with Andrew's mom on the phone, who confirmed the story. She says her son has battled addiction since he was 13.

She follows Webber's page and reached out.

That same day, Webber was in the same town as her son.

Webber found him, took him to a hotel and brought him to the airport the next morning to board a flight to his treatment facility.

Today, Andrew is two weeks clean and his mom is cautiously hopeful.

For Webber, he's seen the good and the bad, which is what motivates him to continue the same mission, 42 more times.

"I was a bottom-of-the-barrel addict, I was facing five years in prison, I'm a 5-time convicted felon, I had no car no job no money and no hope," Webber said. "But through finding recovery I'm now able to travel the country helping other people and hopefully inspire them to do the same."