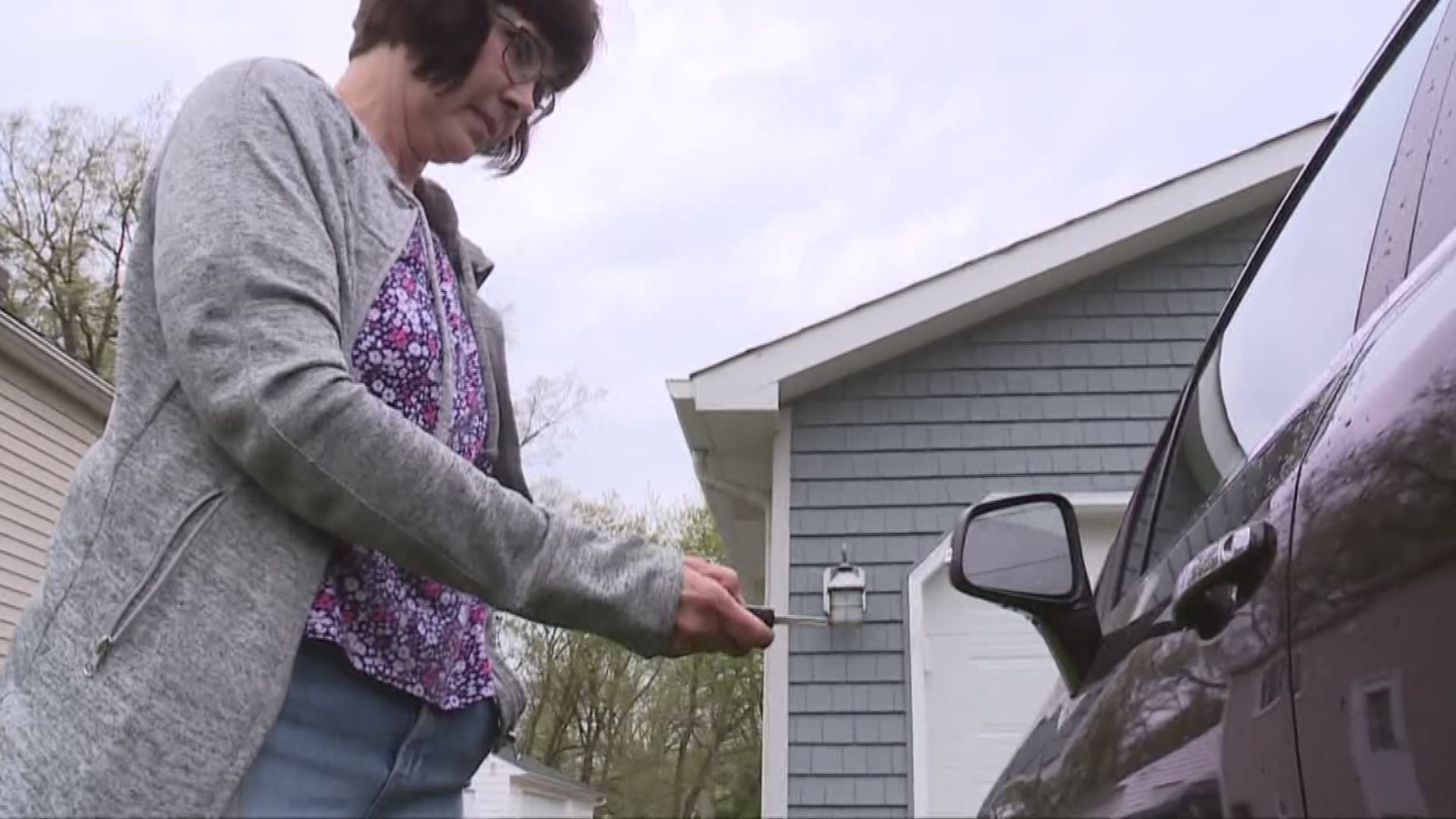 Cory Branchick says it began about two weeks ago when she noticed her key fob stopped working for her car. At first, she thought it had to be because of a dead battery.

“It only happens when I’m only in the driveway,” she said. “Anywhere else when I got to work or when I go to the grocery store, the key fob works.”

She says 10 of her neighbors on Virginia Avenue are experiencing similar issues. She says people on nearby streets such as Clague Road and MacBeth Avenue also complained about their key fobs not working, along with their garage door openers. For some, it’s one or the other, or both.

Glassburn says key fobs and garage openers are radio transmitters. He believes something in the area is interfering with the devices' radio frequencies.

What is it exactly? It’s been weeks and no one knows.

"My daughter made fun of me, now she believes me,” Branchick said.

There’s been many theories about what could be behind the issue. People have speculated it could be the airport, or maybe even NASA.

Councilman Glassburn thought the issue was because of utility companies' equipment. He says AT&T and First Energy sent crews out and determined they were not to blame.

“We really thought it was going to be the utilities,” he said.

Councilman Glassburn says the next step is to go door to door this weekend to see if someone has something in their house causing the issue.

"Something in this area is jamming radio frequencies and we are still looking to figure out what it is,” he said.

We reached out to North Olmsted Police and were told there hasn’t been a formal complaint filed to them. They became aware of the issue because of complaints on Facebook. Police tell WKYC it was looked into, but they are out of answers as well.