The LeBron James Family Foundation is teaming up with Akron Public Schools to create a new school called the "I Promise" school. 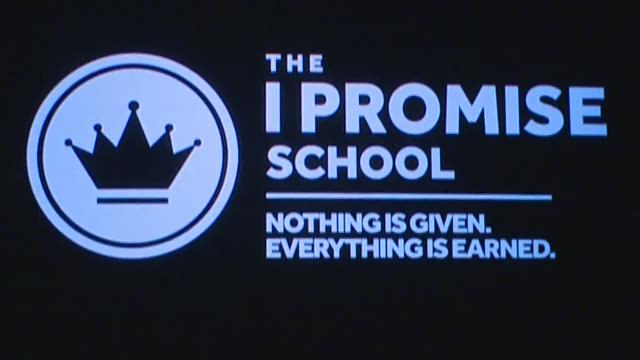 The LeBron James Family Foundation is teaming up with Akron Public Schools to create a new school called the "I Promise" school.

The school will educate students like those who are part of James’ foundation: “Students who are at-risk in reading and who are in need of additional academic intervention before falling further behind their peers,” according to a news release.

“This school is so important to me because our vision is to create a place for the kids in Akron who need it most – those that could fall through the cracks if we don’t do something,” James said in a statement.

According to the release, the proposed vision for the I Promise School is an expansion of APS curriculum with a STEM, hands-on, problem-based learning focus infused with LJFF’s “We Are Family” philosophy to create an innovative and supportive learning environment for its students and their families.

A committee will work over the next six months to determine how students will be selected for the school using multiple criteria, the release stated. The targeted eligible population will be similar to LJFF’s current students: students who are at-risk in reading and who are in need of additional academic intervention before falling further behind their peers.

I Promise is scheduled to open in the fall of 2018 and will start with third and fourth grades and expanding to first and second in the fall of 2019. By 2022, the school will open to students in grades one through eight, according to the release.

LeBron James.added, “We’ve learned over the years what works and what motivates them, and now we can bring all of that together in one place along with the right resources and experts. If we get to them early enough, we can hopefully keep them on the right track to a bigger and brighter future for themselves and their families.”

Watch the entire news conference in the player below:

Also present at the news conference were David James, superintendent of Akron Public Schools; Patrick Bravo, president of the Akron Board of Education; and Marco Sommerville, special assistant to Akron Mayor Dan Horrigan.

“We are excited about the potential of the I PROMISE School to provide specialized programming and invaluable resources for our students,” said Superintendent James. “We’ve seen the positive influence of the LeBron James Family Foundation on our students and we look forward to continuing to do everything we can to put our students in a position to be successful.”

Once the planning committees complete their work, they will submit a master plan to the APS Board of Education for approval in October, according to the release.

According to the news release, if approved, the I Promise School would open its doors in the fall of 2018 with newly identified third and fourth grade classes while adding first and second grades the following year. By 2022, the school will be complete with first through eighth grades. Eligible students will be selected for IPS by a random lottery system.