School officials say the Pledge will be recited collectively every Monday. 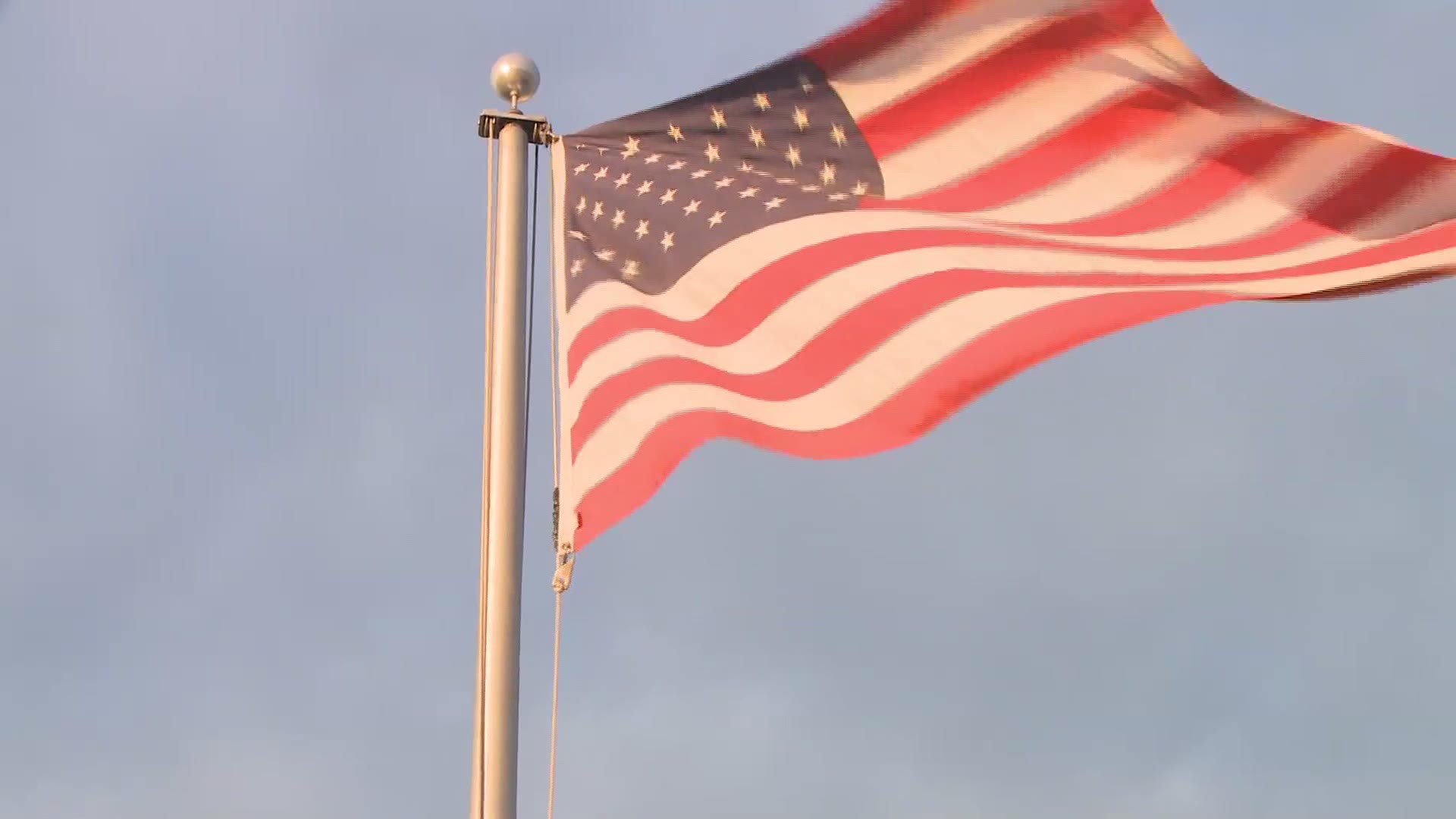 LORAIN, Ohio — A rally was held outside Lorain High School early Friday morning as a group of people joined together to say the Pledge of Allegiance in unison.

The group's stance comes amid controversy surrounding the high school's policies regarding the Pledge of Allegiance.

“We had a peaceful patriotic rally to acknowledge the fact that we had concerns about a policy that was developed where we were informed that the students were not able to say the Pledge of Allegiance on a daily basis,” said Tim Carrion, president of the Lorain Veterans Council.

Carrion said their group "wanted to get more information and see how we could assist in adjusting the policy or share insight so the students could say the Pledge on a regular basis and not be censored."

The group, many carrying American flags, joined in song and prayer before reciting the Pledge together.

“The outcome has been positive,” Carrion said after the rally. “We had an opportunity to speak with the administration yesterday. We were informed that the students and teachers will be able to say the Pledge on a daily basis.”

Officials with the Lorain City Schools issued the following statement Thursday ahead of the planned rally:

As a district, Lorain City Schools has always, and will continue to, respect the liberties of its 14 buildings to recite the Pledge of Allegiance.

As it was not standard practice at the high school level to recite the Pledge, a collective decision was made near the end of the 2018-19 school year to begin doing so.

This school year, Executive Director Rae Bastock -- through the input of others within the high school -- collectively agreed to recite the Pledge, as a school, on Mondays.

This decision also made clear that any teacher, scholar, or classroom as a whole, would never be censored from expressing their convictions, in regards to saying the Pledge, at any time, or on any other day of the week.

A decision the district believes falls in line with the practices of many other school districts within Lorain County.

Recent concerns raised due to this decision has brought to light the necessity for a much larger discussion, and the high school is committed to listening to a broader audience in regards to the respect of personal freedoms and individual rights to say the Pledge of Allegiance.

The Lorain City School District believes each and every person under its educational umbrella deserves to have their voices heard, and their personal beliefs respected, and will continue working to instill this philosophy at all grade levels.