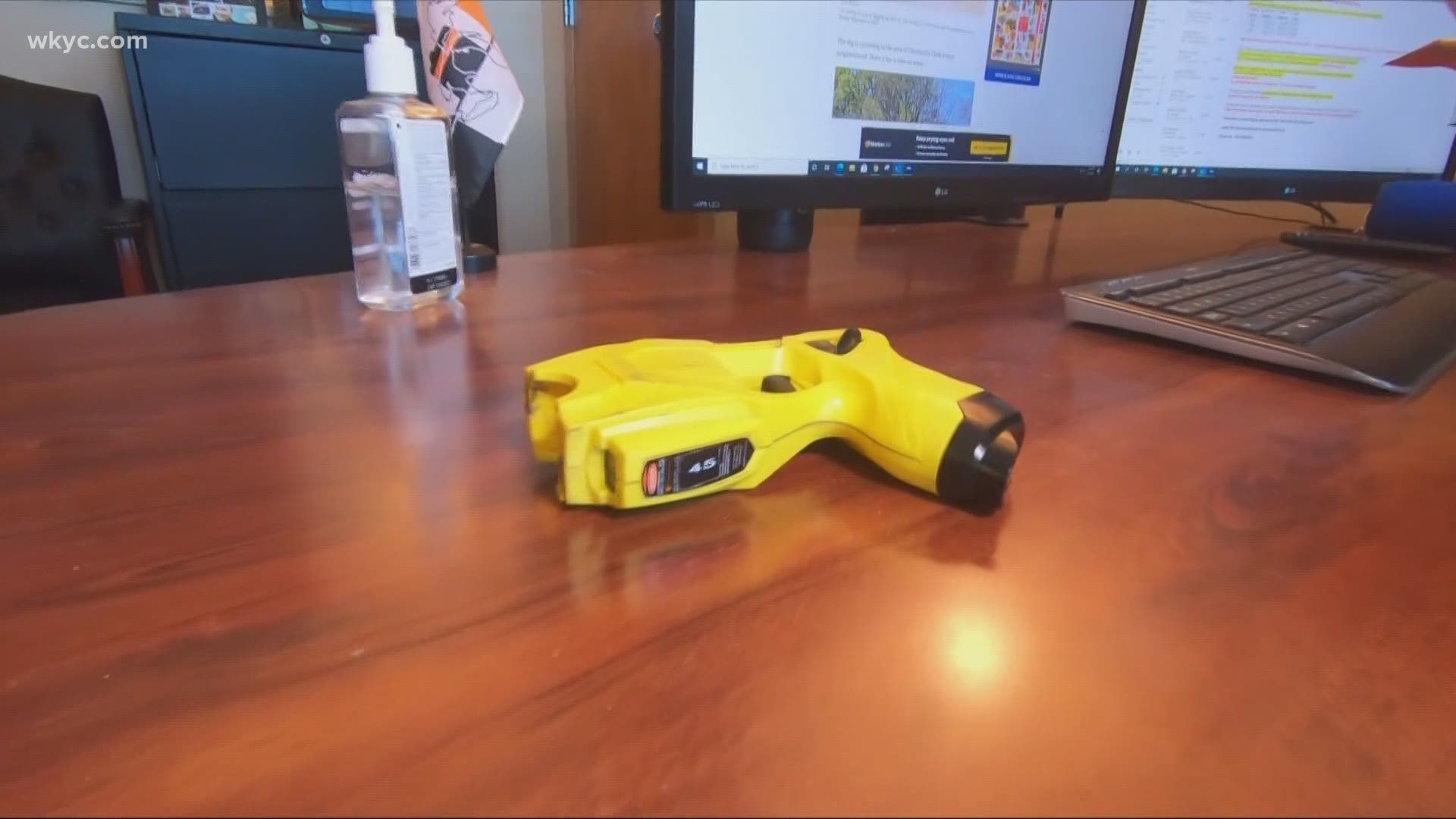 CLEVELAND — The police officer who shot and killed Daunte Wright in Minnesota, Kim Potter, has resigned.

It’s believed that Potter meant to reach for her Taser during the incident but accidentally grabbed her gun instead. How common is this and what protocols are in place to prevent it?

“It’s two different feels, two different systems, but under stress, you may not be paying attention to that nearly as much,” says William Albrecht, Lakewood Police Captain.

Every department has different protocols in place for carrying a Taser. In Lakewood, they’ve worked hard to make sure there’s a noticeable difference between it and the handgun that officers carry.

They’re both used by police and have a similar shape, but that’s where Lakewood police say the similarities between their Taser and handgun end.

“It’s two very different systems, intentionally so, that under the stress of a situation we’re not going to get them confused with each other,” Albrecht added.

Lakewood Police say the Taser weighs about half as much as the handgun they use, it’s colored bright yellow and it’s protocol for the Taser to be holstered on the weak side. They do this so an officer has to go across the body, opposite their gun, to reach it.

“I would go across my body for a Taser which helps me recognize and know exactly what I’m doing at all times,” Patton said.

Each police officer in Lakewood goes through an eight-hour instructional session and annual recertification each year just to carry a Taser. They also pull it every day to do a spark test and check the battery. It’s a system they’ve put together to make sure officers know the difference in high stressful situations.

“Under the stress of a situation, we’re not going to get them confused with each other,” says Albrecht. “We’re not going to hopefully, be pulling our firearm, thinking it’s a Taser or vice versa.”