Police arrested Benjamin Pendleton, who is charged with inducing panic. He is in custody at the Franklin County Jail. 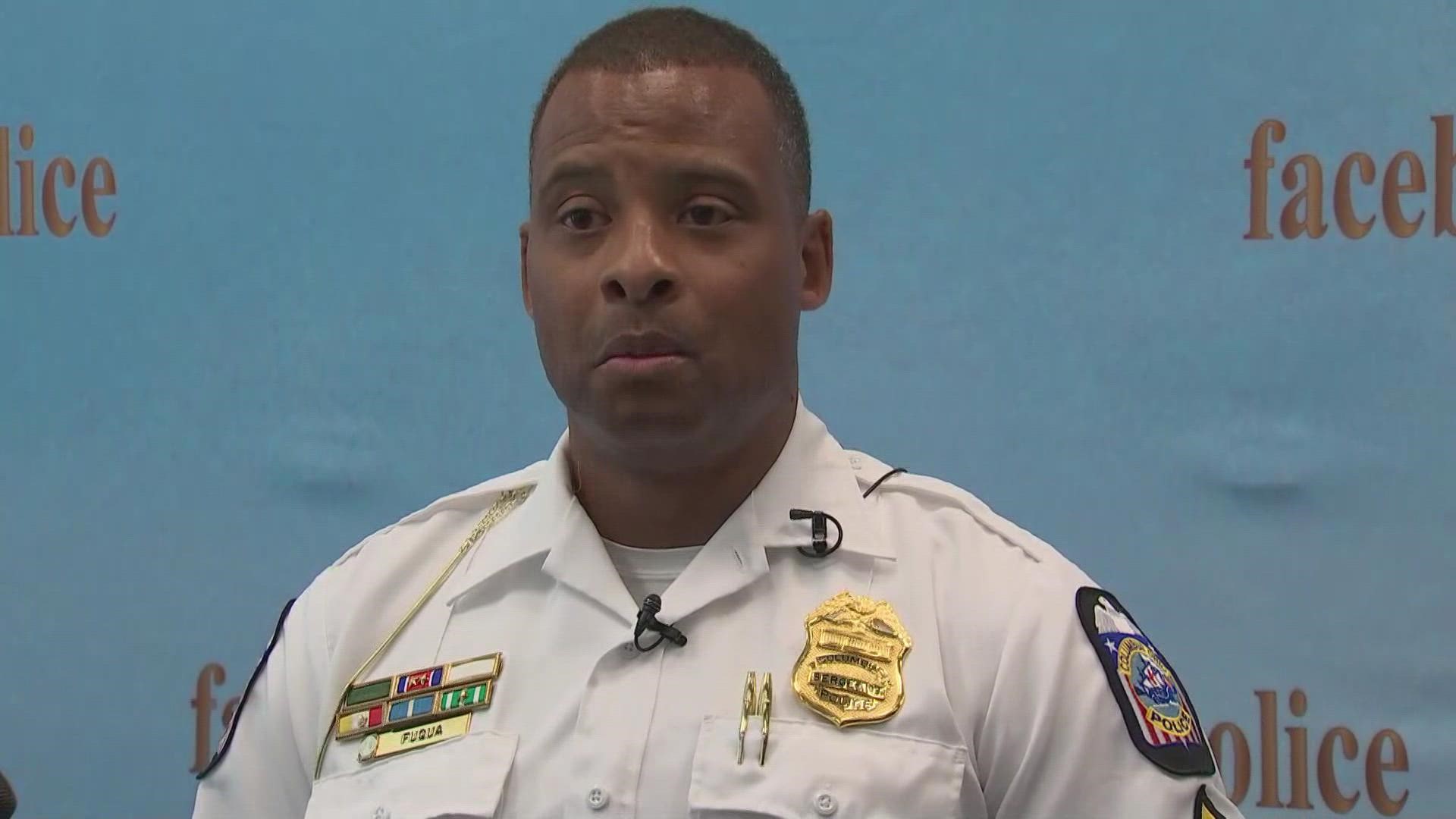 COLUMBUS, Ohio — A man has been charged with inducing panic after police say he caused a public disturbance at the movie theater at Easton Town Center.

A dispatcher with Columbus police first told 10TV that there were reports of shots fired Saturday night in the area of AMC Theaters and the H&M store around 9 p.m.

Sergeant James Fuqua held a press conference Sunday afternoon, confirming no shots were fired at the time of the incident and cleared up some confusion surrounding the incident.

According to Fuqua, the movie “The Suicide Squad” was playing inside one of the theaters.

Before the end of the movie, a man, later identified as Benjamin Pendleton, walked into the theater and started screaming “I am the (expletive) king!”

Pendleton then ran to the top of the movie theater and reached out into his bag. People then panicked and ran out of the theater.

Officers working special duty at the mall went inside the theater and apprehended him without incident.

Pendleton appear in court Tuesday and was given a $150,000 bond. If he posts bail, he will be required to have a GPS tracker and ordered to stay away from any victims or witnesses.

"There were no shots fired last night. An unarmed individual acted in an erratic manner inside one of the AMC theaters causing concern among our customers. Easton Public Safety and Columbus Police responded.  Columbus Police Special Duty immediately apprehended the person. There was no firearm in his possession and it was determined there was no threat to public safety."

10TV has also reached out to AMC Theaters for a comment.