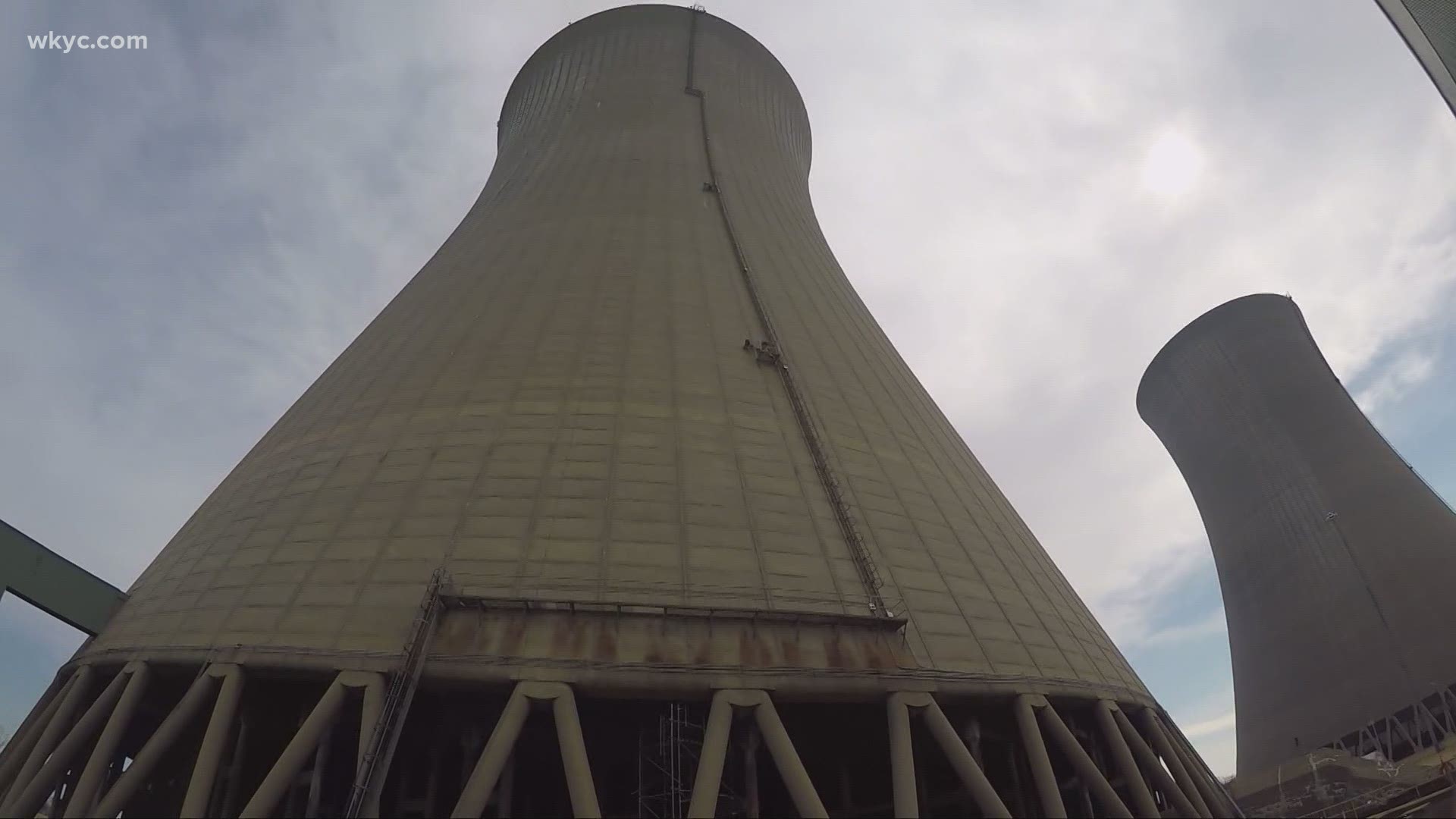 For much of the past four years, the residents of a pair of villages along Lake Erie have been on edge over the fate of their nuclear plants, which generate enough tax money to pay for nicer schools than their neighbors.

Like many U.S. nuclear plants struggling to compete with natural gas and renewable energy, the owners of the Ohio plants turned to the government for help, persuading the state's lawmakers to give them a $1 billion bailout.

But relief for the villages of Perry and Oak Harbor was short-lived after the financial rescue became entangled in a political bribery scandal that has brought calls to jettison the bailout.

The uncertainty surrounding the future of both Ohio plants — Davis-Besse near Toledo and Perry near Cleveland — has created a new wave of anxiety that is stretching into another year after state lawmakers, at the end of December, put off deciding whether to repeal the bailout or come up with a new financial lifeline that would keep the plants open.

It’s just the latest twist for the rural towns, which found themselves caught in the middle of the scandal-tainted bailout this summer when federal investigators said the plants’ former owner secretly funneled millions to secure the payout.

“It’s like a big slap in the face,” said Perry Fire Chief James McDonald, whose department gets nearly half of its budget from taxes paid by the nuclear plant east of Cleveland.

The nuclear plants are anchors for Perry and Oak Harbor, two working-class bedroom communities that are rooted in agriculture and have little other industry. The two plants employ about 1,400 workers and generate roughly $30 million in tax revenue for their home communities, with the biggest chunk going to schools — which are the communities' biggest draw.

Closing the Davis-Besse plant would be “catastrophic,” said Guy Parmigian, superintendent of a school district that would lose millions from a closure. “It's not just us. It's our library, our county, the township.”

Because his school gets about 40% of its revenue from the plant, the district would face deep budget cuts without it. “We don’t want to think about the possibilities, but they’re certainly there on the table,” Parmigian said.

It's a familiar conundrum for towns anchored by nuclear plants.

They often become too reliant on their tax revenue, as it’s hard to attract other businesses because of the fears associated with the industry. Plus, almost all nuclear plants — including the ones in Ohio — are in out-of-the-way places, and many closed sites can’t be redeveloped for new uses because they store radioactive waste.

Losing the stream of revenue from the Perry plant could turn the area into a “ghost town” because taxes would likely soar to make up the difference, said Jack Thompson, superintendent of Perry Local schools, which has a pool and community fitness center, thanks to the plant, which opened in the late 1980s.

Towns in Vermont, Illinois and Florida and other states where nuclear plants have closed over the years already have seen that kind of economic impact firsthand and now struggle with higher property taxes, cuts in services and less school funding.

While nuclear power plants aren't designed to last forever, the closures in the U.S. are happening earlier than expected because plants are struggling to compete with cheaper natural gas-fired plants and renewable energy sources. Four plants have shut down since the beginning of 2018, and more are on the chopping block.

A few states, including New York, Illinois and New Jersey, have saved their plants by approving bailouts funded by new charges on electricity customers.

That's what Ohio did a year ago after FirstEnergy Solutions announced it planned to close its two nuclear operations by 2021.

But now the FBI and others are investigating FirstEnergy Corp.'s role in the alleged bribery scheme to secure the bailout.

State lawmakers haven't been able to agree for months whether to repeal the bailout, change it or keep it. Now they've postponed any decisions until later this year.

The Ohio Supreme Court and a county judge issued decisions last month that temporarily block the state from collecting fees from electricity users that were added to pay for the bailout of the plants, which are now owned by Energy Harbor, a former subsidiary of FirstEnergy.

What remains unknown is what lawmakers will do next and whether the two plants would close without the bailout or find another way to keep operating.

Their new owners haven't said whether they must have the money to keep going. It all means that the future of the plants, their workers and their hometowns is unsettled.

“These poor people,” said Jerry Cirino, who was elected to the state Senate in November to represent Lake County where the Perry plant operates. “They're telling me they can't take this anxiety much longer.”