Leaders of the Caribbean nation have struggled to coordinate aid after an Aug. 14 earthquake that killed nearly 2,200. 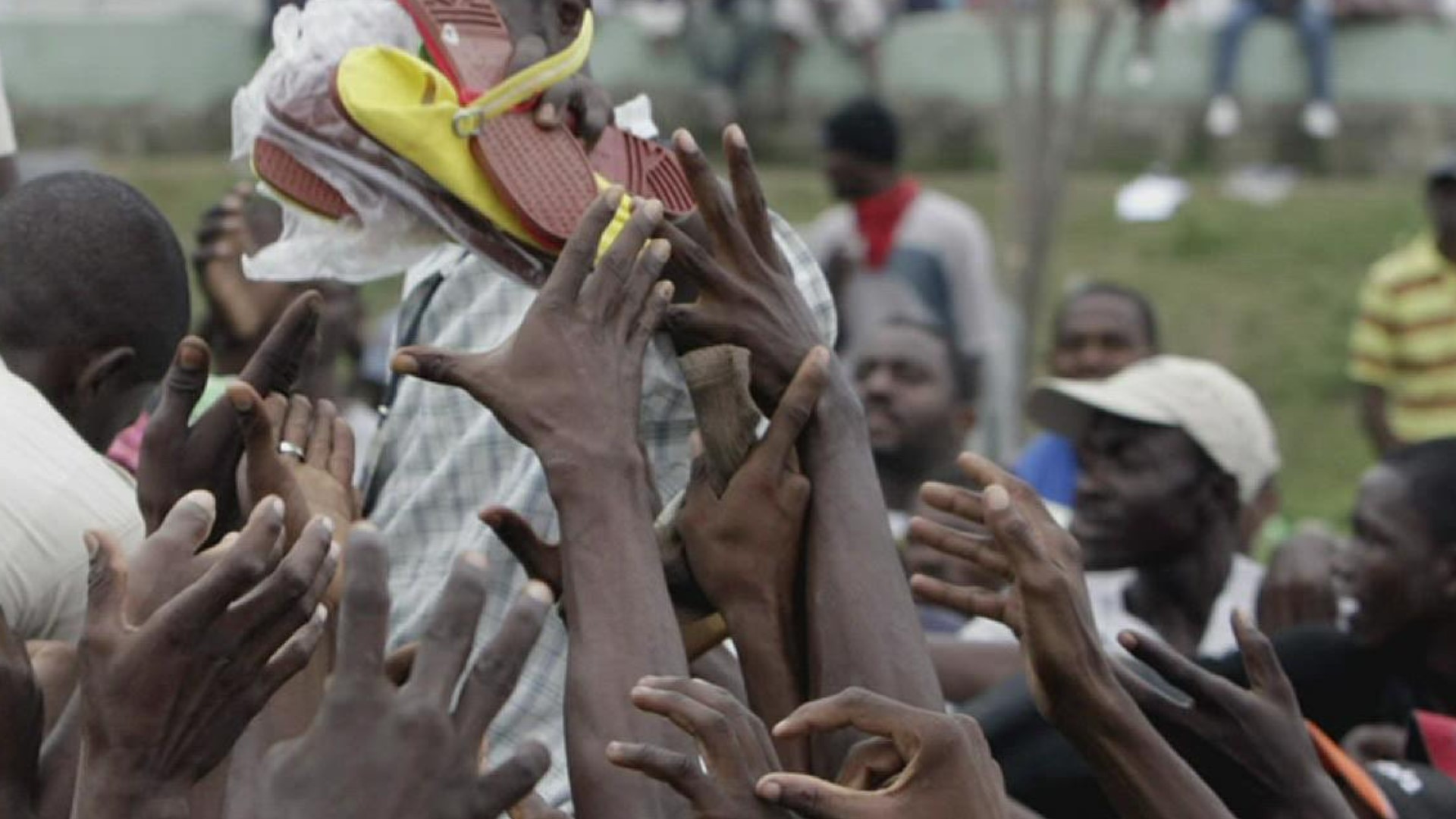 LES CAYES, Haiti — Haitians left hungry and homeless by a devastating earthquake swarmed relief trucks and in some cases stole desperately needed goods Friday as leaders of the poor Caribbean nation struggled to coordinate aid and avoid a repeat of their chaotic response to a similar tragedy 11 years ago.

The attacks on relief shipments illustrate the rising frustration of those left homeless after the Aug. 14 magnitude 7.2 earthquake, which killed nearly 2,200 people, injured more than 12,000 and destroyed or damaged more than 100,000 homes.

“I have been here since yesterday, not able to do anything,” said 23-year-old Sophonie Numa, who waited outside an international aid distribution site in the small city of Camp-Perrin, located in the hard-hit southwestern Les Cayes region. “I have other people waiting for me to come back with something.”

Numa said her home was destroyed in the quake and that her sister broke her leg during the temblor.

“The food would help me a lot with the kids and my sister,” she said.

“I am a victim. I was removed from under the debris,” the 80-year-old Prosper said. “I don't feel well standing up right now. I can barely hold myself up.”

In the small port city of Les Cayes, an AP photographer saw people stealing foam sleeping pads from a truck parked at a Red Cross compound, while others stole food that was slated for distribution, said Jean-Michel Saba, an official with the country's civil protection agency. Police managed to safely escort the food truck away, Saba said. He did not say how much was taken. People also stole tarps from a truck in a community outside Les Cayes.

Similar thefts appeared to take place in the small town of Vye Terre near Les Cayes, where a second AP photographer witnessed a group of men pulling large sacks from a half-opened container truck. People then grabbed the sacks and rushed off. One man who made away with a parcel of food was immediately surrounded by others who tried to grab it from him as people nearby screamed.

The frustration over the pace of aid has been rising for days and has been illustrated by the growing number of people crowding together at aid distribution sites. But Friday was the first time there was such widespread stealing.

Complicating matters, officials began restricting access to the bridge connecting Les Cayes to the small, quake-impacted port city of Jeremie, meaning aid distribution had to be delivered there by boat or plane.

The quake wiped out many of the sources of food and income that the poor depend on for survival in Haiti, which is already struggling with the coronavirus, gang violence and the July 7 assassination of President Jovenel Moïse. Most of the devastation happened in Haiti's already impoverished southwestern region.

Pressure for coordinated aid efforts mounted this week as more bodies were pulled from the rubble and the injured continued to arrive from remote areas in search of medical care.

International aid workers on the ground said hospitals in the areas worst hit by the quake are mostly incapacitated and that there is a desperate need for medical equipment.

Prime Minister Ariel Henry on Friday asked international governments and aid groups to funnel all of their donations through the country's civil protection agency, “which will specify the needs of each town, each village and each remote area not yet attended.”

U.N. Deputy Secretary-General Amina Mohammed, on a two-day mission to Haiti, met with Henry on Thursday and also visited quake victims in the city of Les Cayes. She said Friday that she was “particularly impressed by the work” of Haiti's civil protection agency, and that the agency "must be empowered to lead a coordinated response.”

Henry said earlier this week that his administration will work to not “repeat history on the mismanagement and coordination of aid,” a reference to the chaos that followed the country’s devastating 2010 earthquake, when the government was accused of not getting all of the money raised by donors to the people who needed it.

The Core Group, a coalition of key international diplomats from the United States and other nations that monitors Haiti, said in a statement Wednesday that its members are “resolutely committed to working alongside national and local authorities to ensure that impacted people and areas receive adequate assistance as soon as possible.”