Michelle Obama urged Americans to vote for Joe Biden as if their 'lives depend on it.' She wore that message around her neck. 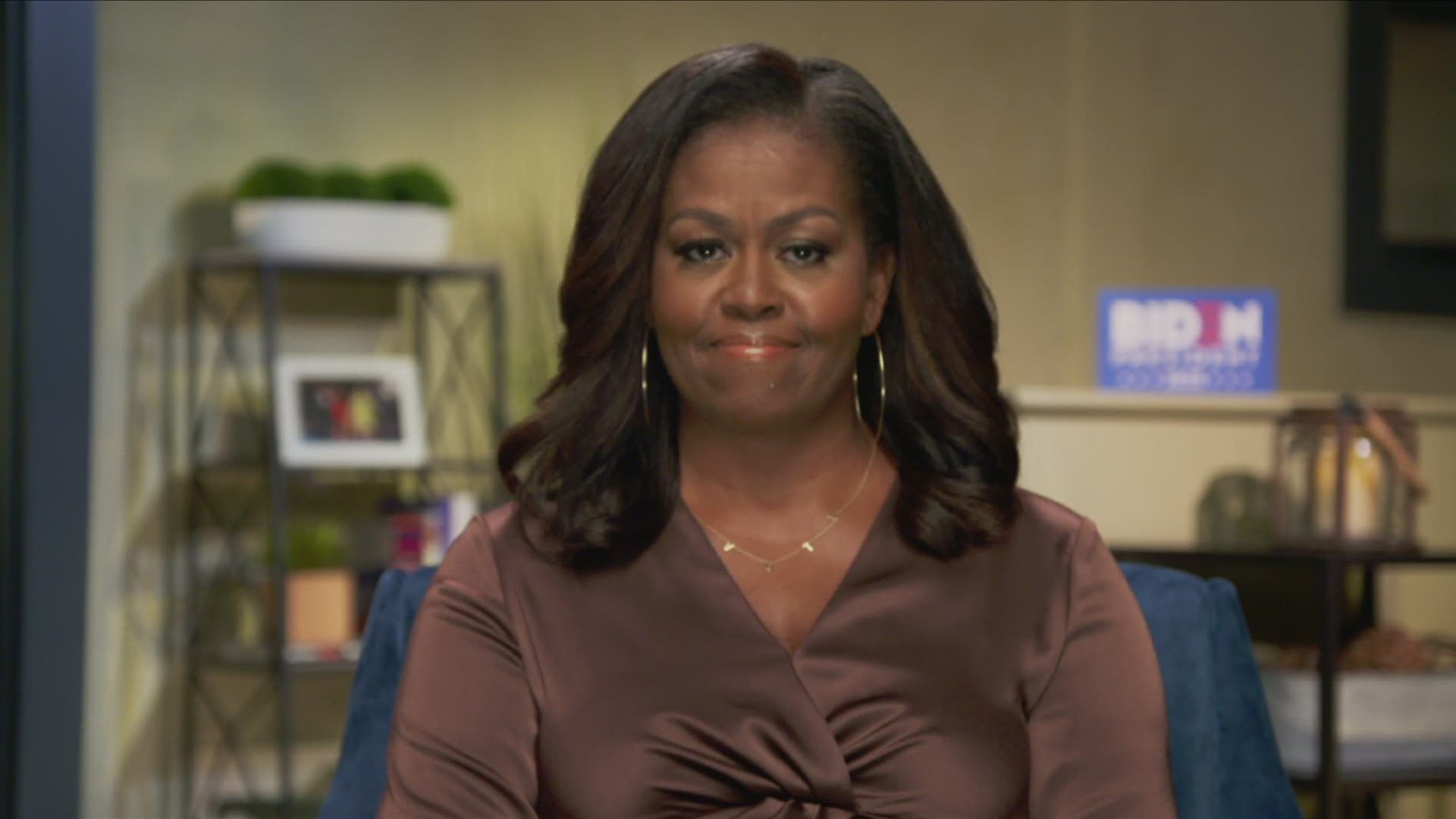 Michelle Obama had a subtle but strong message dangling from her neck Monday night as she closed out the first night of the Democratic National Convention.

The former First Lady was wearing a simple, gold necklace with the word "VOTE."

The necklace was custom made by Bychari, according to CNN's Kate Bennett. Bychari designer Chari Cuthbert on her website says the jewelry sold is designed to help women tell a story.

Obama is warning Americans to “vote for Joe Biden like our lives depend on it” during her speech at the Democratic National Convention.

In remarks that capped off Monday night's event, Mrs. Obama offered a sharp rebuke of the Trump presidency, telling viewers that he “has had more than enough time to prove that he can do the job, but he is clearly in over his head.” “He cannot meet this moment,” she said.

She added that “if you think things cannot possibly get worse, trust me, they can.” Mrs. Obama emphasized the need for all Americans to vote, making reference to the voters who stayed home in 2016 and helped deliver Donald Trump the win that year, even as he lost the popular vote.

She says, “We’ve all been suffering the consequences."

In contrast, she described Biden as a “profoundly decent man” who “knows what it takes to rescue an economy, beat back a pandemic and lead our country.”